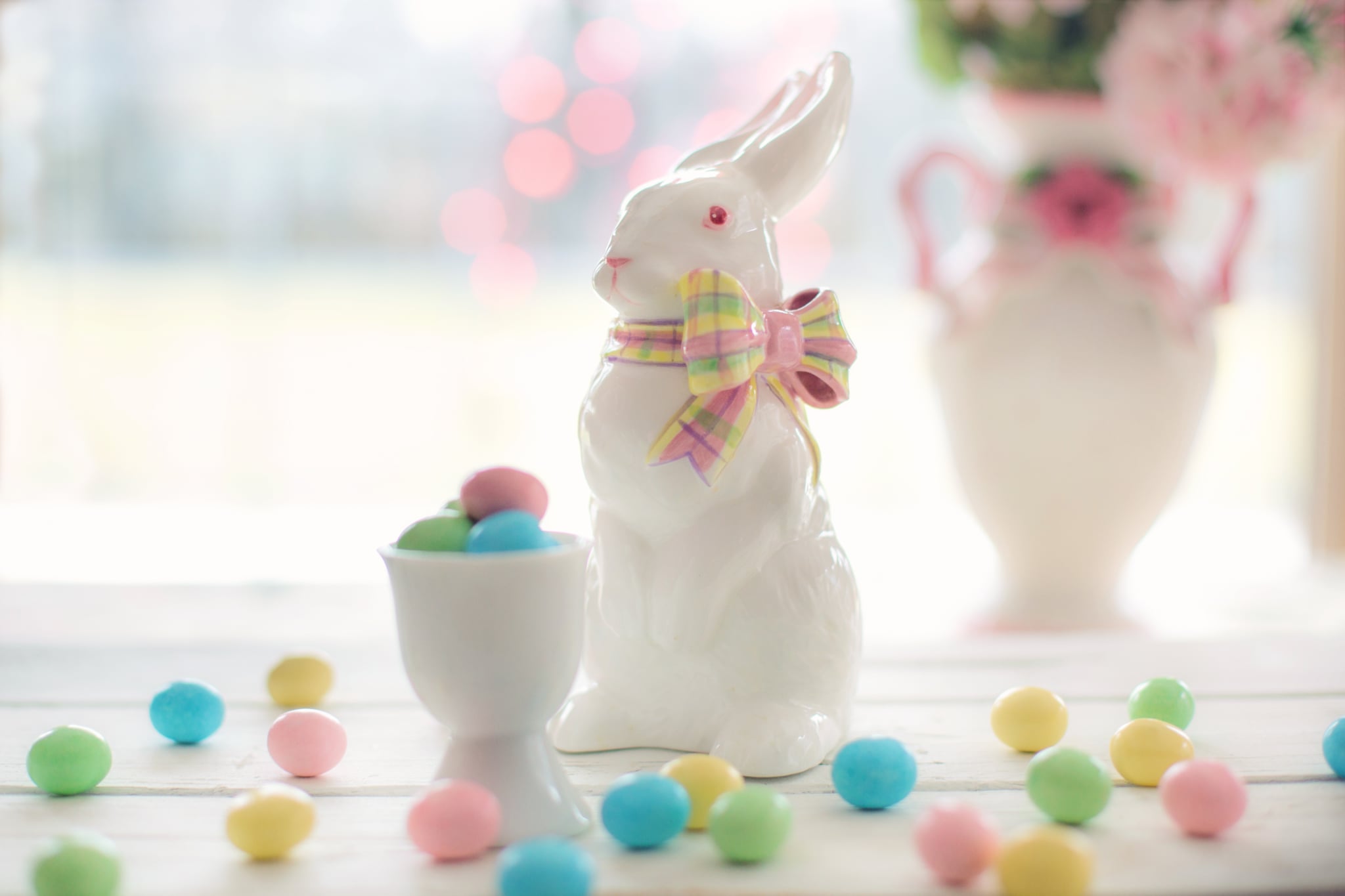 I'll admit that I didn't exactly think the whole Easter Bunny thing through for my kids. Because I don't remember buying into the whole magical-bunny-who-delivers-candy-filled-eggs thing when I was little, I didn't push the concept on my own children, and I never expected it to backfire in any real way.

It's not like I've ignored Easter as a concept. I've participated in all the kid-friendly traditions. We've always done an egg hunt, and every year my kids receive baskets filled with Easter goodies from me and their grandparents. Hell, I have at least six pairs of plush kid-size bunny ears waiting in my basement to stock this year's pastel-colored baskets.

Related:
9 Easter Egg Hunt Ideas That Will Take the Fun One Hop Further

My daughter pressed on, getting straight to the point: "If the Easter Bunny isn't real, that means Santa isn't real either."

But I assumed my children knew that those baskets weren't filled by anyone possessing magic powers (though grandparents can seem pretty magical to a kid, mostly because their main power is never saying no). I figured they knew that I was the one filling all those plastic eggs with candy and dispersing them around our backyard.

So when my almost-7-year-old daughter recently said to me, "The Easter Bunny isn't real," I simply bobbed my head in a move that neither confirmed nor denied the statement and muttered something generic like, "It's so fun hunting for eggs, right?" She could tell I was avoiding a deeper conversation and pressed on, getting straight to the point. "And if the Easter Bunny isn't real, that means that Santa isn't real either."

Related:
Instead of Candy, This Savage "Easter Bunny" Left Kids a Disciplining Note

I shouldn't have been surprised. My own revelation about Santa not being real came at about her age and was precipitated by my discovery that the tooth fairy, whose handwriting was suspiciously similar to my mother's, was a fraud. If one magical gift-giver was fake, I decided they all must be. For some reason, however, I wasn't expecting her to make the same connection. I scrambled for a response that would save Santa for our family (her 4-year-old brother and I are still very devoted to St. Nick).

Coming up empty and not wanting to burst her Santa bubble entirely, I instead asked her why she would say such a thing. "That's what Tommy at school said," she replied, looking at me with hopeful eyes. I decided the kindest thing to do was to keep lying. "Well, Tommy isn't right, honey. Just because the Easter Bunny isn't real, doesn't mean Santa isn't," I said. "That's a crazy thing to say. Let's hope that Santa doesn't hear that Tommy is spreading that rumor around."

Related:
14 Sweet Ways to Use Your Leftover Easter Candy

She seemed satisfied with the answer, for now at least. But I realize that the days of her believing in the wonderful, child-specific illusion of Santa, tooth fairies, and even candy-peddling animals are numbered, and as much as I know her discovery will be a normal part of childhood, it also makes me sad. Not sad enough to start pretending that a huge bunny hops around the planet leaving plastic eggs filled with chocolate for children, but maybe sad enough to buy her an extra Cadbury egg or two this Easter. Hopefully that's enough to keep the magic alive for just a bit longer.

Personal Essay
As a Black Fashion Editor, I Have People Like André Leon Talley to Thank For My Dreams
by Shelcy Joseph 23 hours ago