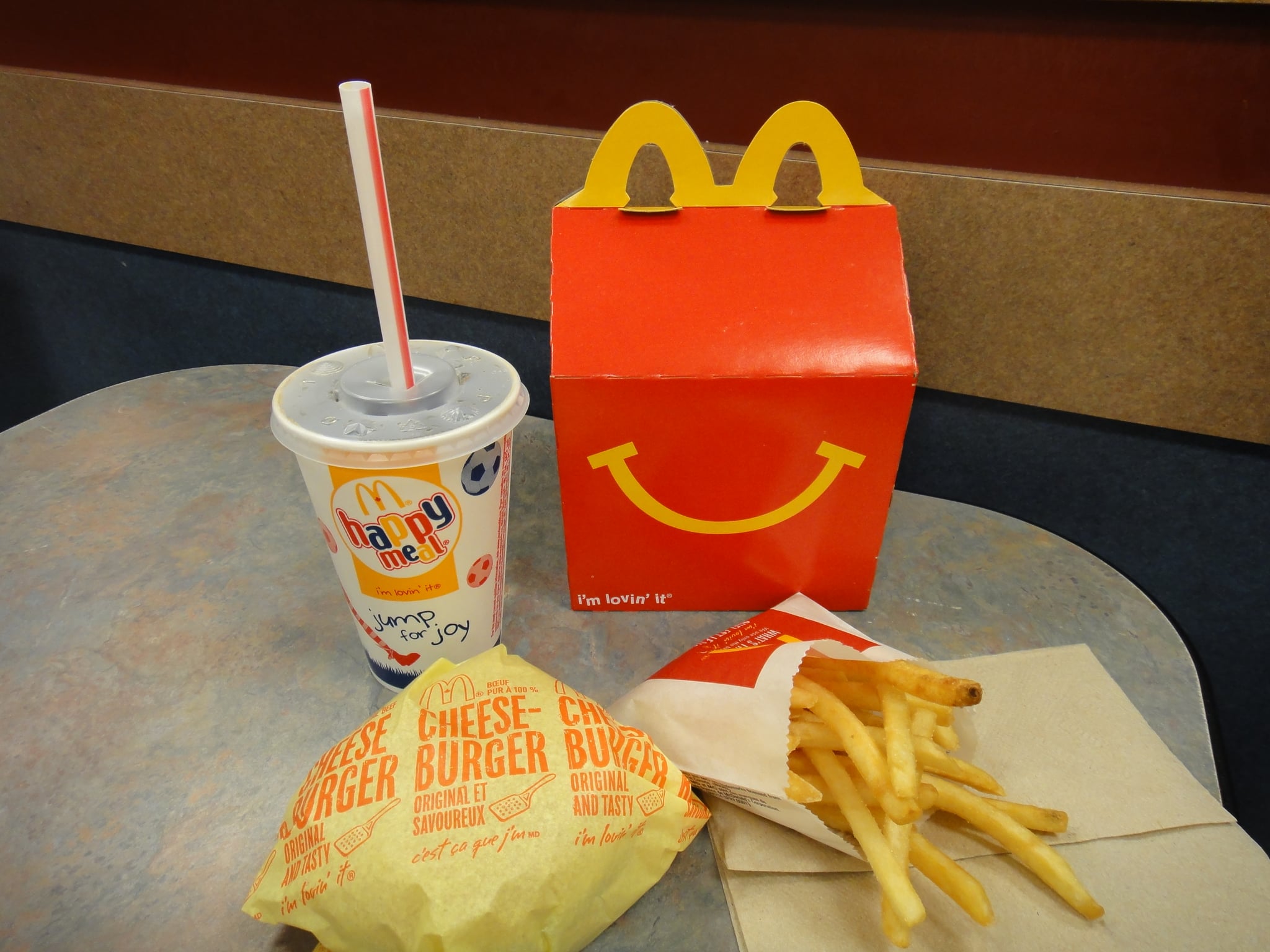 McDonald's announced on Feb. 15 in a press release that big changes are coming to its menu, and it has nothing to do with the portions being supersize. The fast food giant rolled out a plan to make Happy Meals more nutritious — and obviously, we're totally on board.

The press release explained that McDonald's plans to implement a 600-calorie cap in locations across the US by June. And that's not all; the fast food chain is also limiting the amount of saturated fat, added sugar, and sodium in each meal. On average, the sugar levels will be reduced by 50 percent, sodium levels will decrease by 17 percent, and saturated fat will be cut by 13 percent.

Related:
The 7 Healthiest Things You Can Eat at McDonald's

And yes, you can expect some changes to the menu coming down the pipeline. For starters, McDonald's is cutting the cheeseburger from its kids' menu unless a customer specifically requests it. Bottled water will be added as a featured menu choice, and the brand is toying with the idea of introducing a Junior Chicken sandwich to the roster, an idea that's already taken off in its Italian locations.

So far, there are no plans to replace the cheeseburger option. For now, little ones can pick between a hamburger and the four-piece and six-piece Chicken McNugget meal. Parents can also expect a few smaller tweaks to their kiddos' meals, like less sugar added in the chocolate milk and smaller portions of fries.

McDonald's also revealed that it's planning to make the changes worldwide as well. "By 2022, McDonald's will make improvements to the Happy Meal menu across 120 markets to offer more balanced meals, simplify ingredients, continue to be transparent with Happy Meal nutrition information, reinforce responsible marketing to children, and leverage innovative marketing to help impact the purchase of foods and beverages that contain recommended food groups in Happy Meals."

We recognize the opportunity that we have to support families as one of the most visited restaurants in the world, and remain committed to elevating our food, celebrating the joy of reading, and helping those in need through Ronald McDonald House Charities. Given our scale and reach, we hope these actions will bring more choices to consumers and uniquely benefit millions of families, which are important steps as we build a better McDonald's.