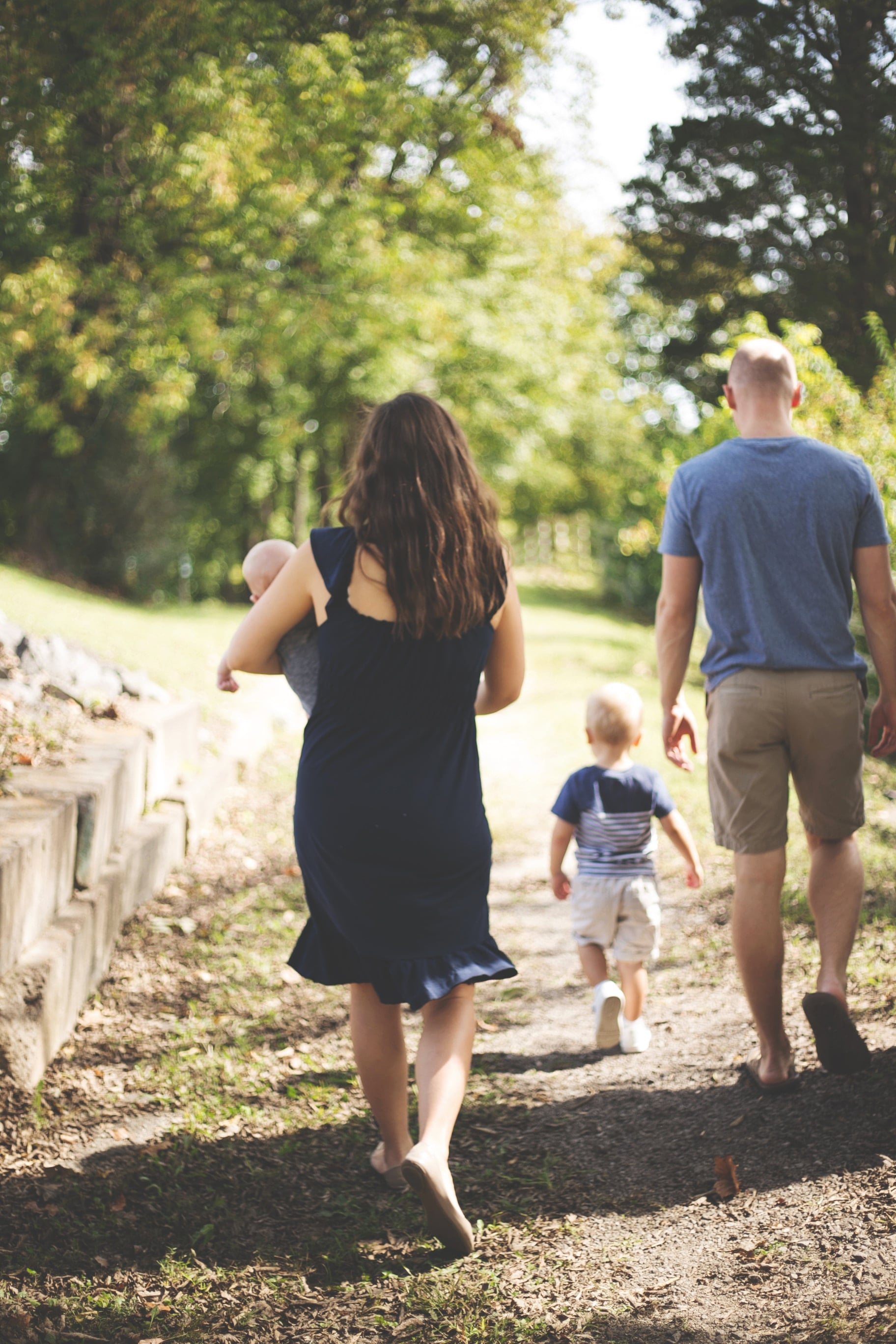 No marriage is perfect, especially once you add kids into the mix — but how much should your children know about your marriage if it's struggling? Whether you're having financial problems, aren't meshing together anymore, are constantly bickering about each other's share of the household and parenting responsibilities, or are experiencing any of the other various struggles that can come up within marriages, you or your spouse might find yourselves asking, "How in the know should our kids be when it comes to our relationship struggles?"

We asked Dr. Deborah Roth Ledley, a licensed psychologist and author of The Worry Workbook For Kids, to weigh in. The short answer? It depends on a few factors — keep reading to learn more.

Related:
The Happiest Divorce: 10 Rules For Creating a Thriving Family After a Breakup

How You Should Approach Your Kids About Your Marital Issues

When it comes to your marriage's struggles, should you keep your kids in the dark to protect them or let your kids know what's going on? Dr. Ledley said that whether you mean for them to be clued into your issues or not, your kids probably already have a feeling that something's going on, which is why she recommended being as up front with them as possible.

"We might try to shield them, but they know."

"In an ideal world, kids would grow up with calm, loving parents who treat each other with respect. However, we all know it is impossible to not squabble in front of our kids from time to time about day-to-day things, and for couples with a great deal of conflict, it can be hard to limit that to behind closed doors," she told POPSUGAR. "What I have learned over the years of working with kids is that they are really astute, even at young ages. When I meet with parents, they might say, 'We fight a lot, but never in front of the kids,' or, 'We are really struggling in our marriage but the kids don't know.' And then when I meet with children alone, they tell it like it is — 'I hear my parents fight at night' or 'I am worried my parents are going to get divorced.' We might try to shield them, but they know. Given this, I recommend that parents have upfront conversations with their kids."

But she suggested that you keep things simple, and say things like, "'I think you heard Daddy and I fight last night and that might have been scary for you.'" Then, she said, focus on responding to your children's questions, such as "Did this scare you?" or "Do you worry when Daddy and I fight?" Dr. Ledley said: "By asking questions, we get away from assuming we know what kids hear, how they interpret it, and what they might be worrying about. The conversation is guided by kids' concerns [and the] parents' response."

Related:
4 Ways We Are Working to Make Our Marriage Stronger After Having a Baby

When Should These Conversations With Your Kids Happen?

When it comes to sitting your kids down to talk to them about your relationship, Dr. Ledley said that there are a few factors to consider before doing so. "It is easier to protect younger kids than older kids," she said. "We also want to think about the duration of our marital difficulties. All couples go through a rough patch from time to time and I don't think kids need to know about all these normal ups and downs. If problems are prolonged, and likely heading to some changes that are going to impact the family as a whole, kids should be informed."

Should You Fight in Front of Your Kids?

"It is important to show kids that parents can argue, resolve the arguments, and then return to a normal, calm demeanor."

As previously mentioned, it's pretty hard to not bicker in front of your kids, and it may seem even harder to recover when a full-blown spat occurs with children in the room/house. According to Dr. Ledley, even those in "super marriages" bicker. So do you do?

"Maybe someone forgot to buy milk on the way home from work or parents disagree about a political candidate, etc. What is important here is HOW we talk to each other. We can disagree and still speak to one another with respect," she suggested. "Also, from the perspective of modeling good emotion regulation skills for kids, it is important to show kids that parents can argue, resolve the arguments, and then return to a normal, calm demeanor in a reasonable amount of time (e.g., not stay mad about the forgotten milk for hours)."

Additionally, Dr. Ledley said that the way you resolve your spats matters more than you may think. "Kids won't be as scared of parents arguing if they resolve a conflict with respect and return to a baseline emotional state in a reasonable time," she said. "With these little everyday squabbles, parents can reassure kids (especially anxious kids) that parents can argue about various things and still love each other very much! Kids get more scared if fighting is really nasty, prolonged, gets physical, etc. Ideally, once a fight is over, BOTH parents should come and talk to the children and apologize for losing control, and reassure the children that they are going to work on getting along better."

Whether you're in marriage counseling and on the way to making positive changes or are completely ready to call it quits on your relationship, there's a chance that your children will think that they are to blame. If your kids have expressed some anxiety about this, Dr. Ledley said that preventing this is all about delivery and the way you bring things up with your kids.

"Although really difficult, it is important to try to not blame one another or pull kids onto one side," she said. "Parents need to be careful in the stories they tell — don't say, 'We were fine until we had kids,' or 'The stress of having a family really took its toll.'" Rather, make it about you and your spouse and reassure your kids that what's going on in your relationship isn't because of them, nor does any of it change the love you have for them.