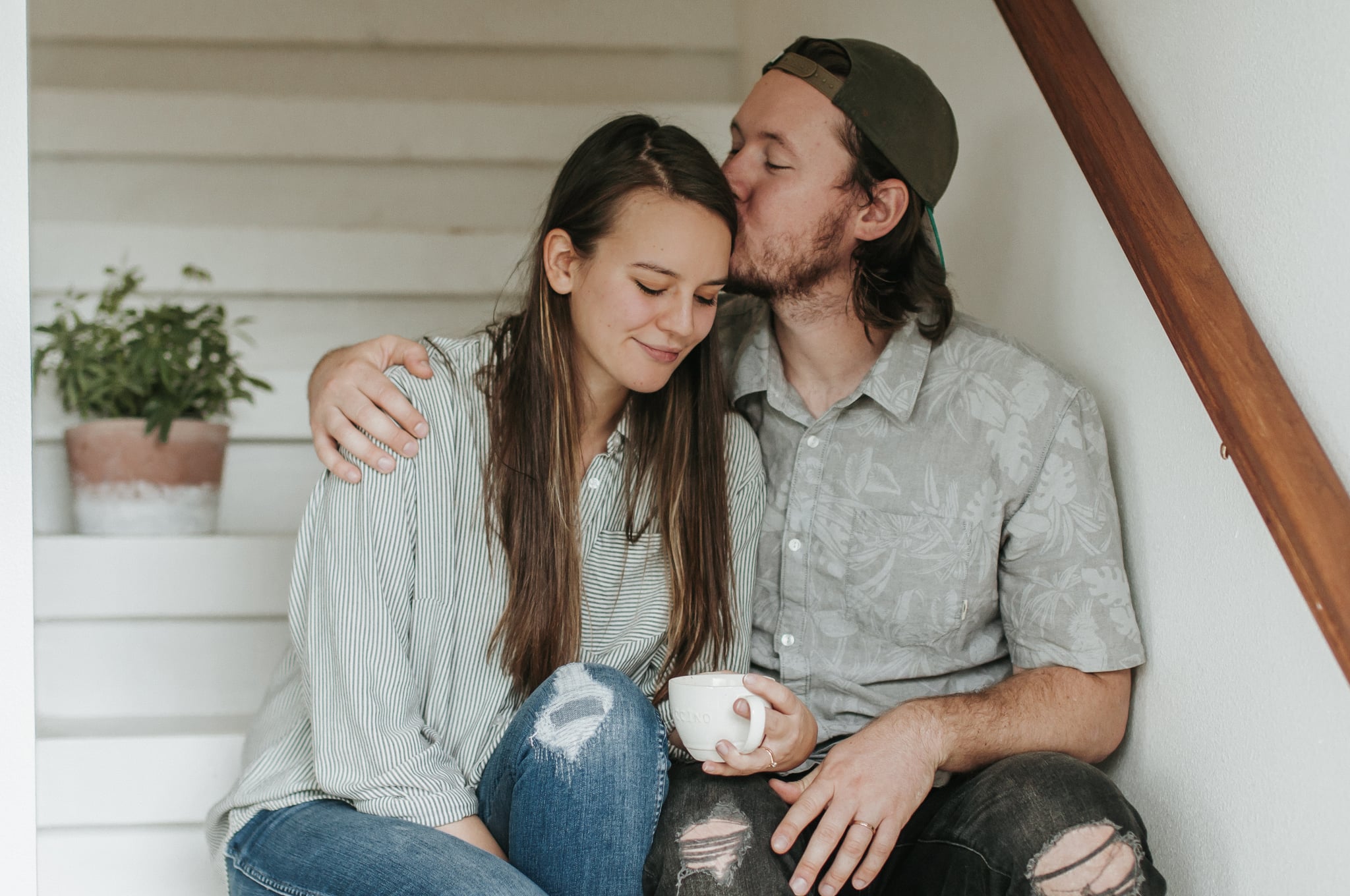 I remember the first time my husband and I had a fight in front of our two young daughters. Ten years later, I'm not sure exactly what we were fighting about, but I distinctly recall my husband freaking out and stage whispering that we should continue our disagreement in private. I had a different opinion: fighting in front of our kids was inevitable, and we shouldn't feel ashamed and try to hide it. The most important thing was that we showed our kids conflict doesn't have to be rude or disrespectful, and that at the end of the day, Mommy and Daddy still loved each other. We just needed to work through our issue.

Over our 10-year marriage, my husband has come around to agreeing that fighting out in the open is actually quite healthy. Because if we do it right, we're showing our now four little ones that not only is it impossible to get along with someone you live with all the time, but there's a way to disagree without being mean. Now, when the kids fight, we expect them to model the same behavior they see from us. Of course, this approach to occasional marital strife works for us, but is fighting in front of your kiddos really OK? I reached out to an expert to find out.

Related:
Stricter Parenting May Cause Kids to Be Antisocial, Says a Study

Andrew Roffman, CSW, the director of the Family Studies Program at the Child Study Center at NYU Langone, said it's all about how people define fighting: "Is it an argument or a dialogue? Is the goal to win, or to gain a better understanding of the other person's perspective?" He recommends a few ground rules for holding yourself to a higher standard when you encounter conflict with your partner and the kiddos are within earshot. "Assert your position without criticizing the other person," he advised. "No belittling that person or their ideas. Avoid using sarcasm. Lastly, listen to understand, not to refute, and provide validation for what you hear." Roffman suggests saying things like, "I understand why you feel that way, I understand how that could make you angry, or I understand why that's important to you."

By following these rules, you're showing your kids that when they disagree with someone, the caring thing to do is to treat the person with respect and not let the situation escalate out of control. Of course, it's not always possible to keep emotions in check, whether it's parents fighting over finances or kids squabbling over a stuffed animal. Roffman urges parents to model emotional regulation, but to take responsibility when that isn't possible. "Take a parental time out," he suggests, and return to the topic later once you've calmed down.

Related:
My Daughter Picked Up This Bad Habit of Mine, and I Was Mortified

Parents should be on the lookout for red flags that their fighting style is too intense and negatively impacting their kids. If children are anxious, crying, or look scared, it's time to take it down a notch. Of course, every child is different and some are more sensitive than others. But you know your child, and if they seem nervous when you fight, things are probably too intense. Roffman also recommends steering clear of behavior that expresses contempt for your partner, like eye rolling and dismissive comments such as, "Only an idiot would think that," as that's not something you want to model to kids.

Whether you fight with your partner often or almost never, and if it's behind closed doors or in the middle of the kitchen, the most important thing for kids to feel is that their parents love one another, and love them.

Wellness
What Is Pancreatitis, and What Causes It?
by Ingrid Vasquez 1 hour ago