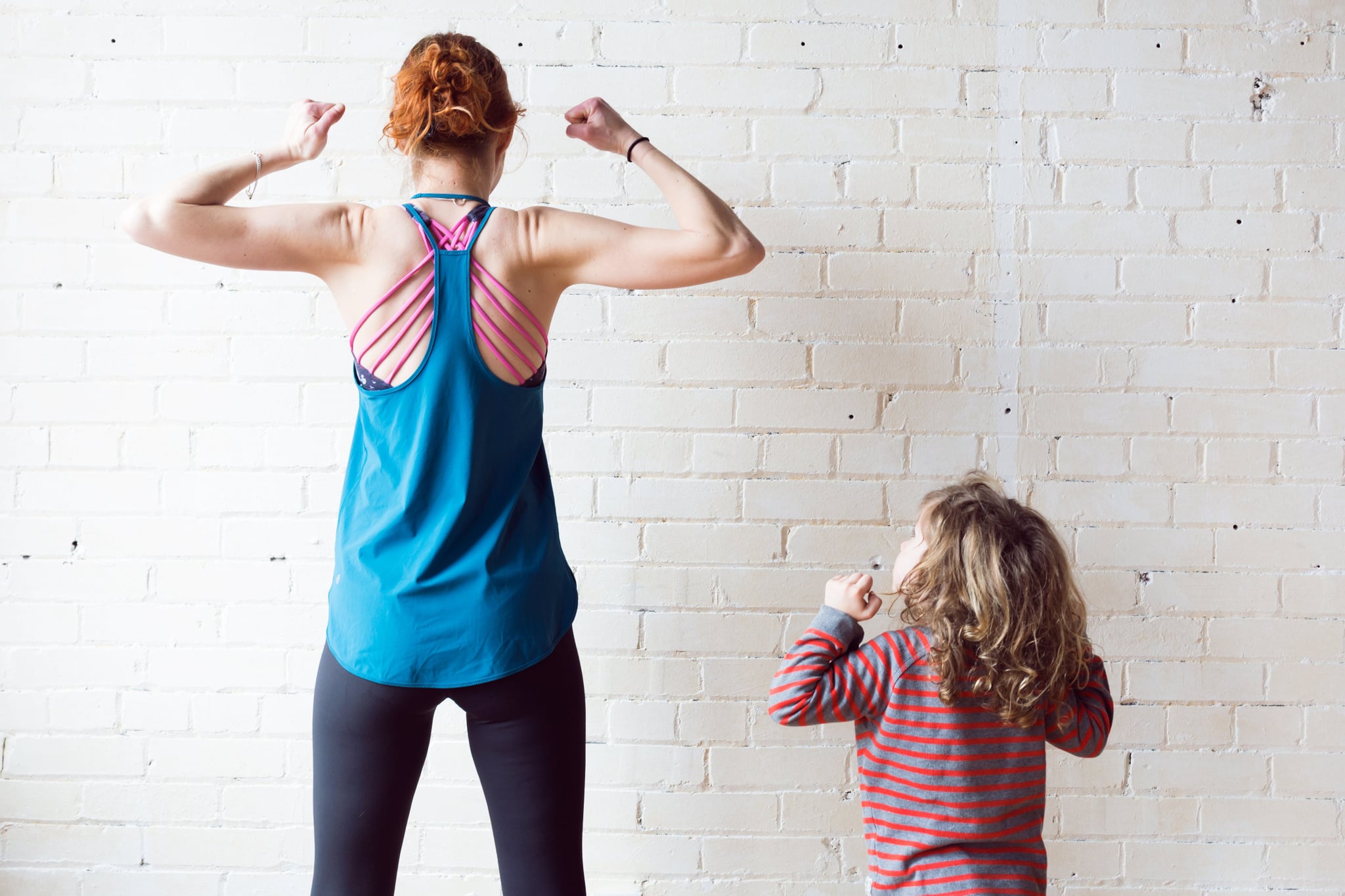 Last Friday, I was feeling pretty good about myself, having accomplished my goal of working out five days that week. I was a little sore after that day's cardio-weights-core class, but for the most part, I felt strong. Sure, I'd just celebrated my 39th birthday, but I was probably in better shape than I was in my early 20s, and age is just a number, right? Then my 4-year-old son got home from preschool.

He requested I join him for a little downtime on the couch, which means he put Scooby-Doo on the TV and instead of watching it, climbed me like a human jungle gym for as long as I let him, which in this case was pretty long. I was too tired to fight from all that working out. At one point, he was sitting on my head and poking my stomach. I was using the opportunity to close my eyes for a few minutes when my pseudo-nap was rudely interrupted.

To them, you are only "mom," and moms need to be reminded of how squishy they are and, as I found out recently, laughed at when they trip and fall down the stairs.

"Mom, you are so squishy. Your stomach is squishy. Your arms are squishy. Your legs are squishy. Have you always been so squishy, or is it just because you're old?" my little darling asked me. And that, my mom friends, is the epitome of having a child, in a single minute. You can be feeling yourself big time, and in an instant, they'll put you in your place, reminding you that the cute college girl in tube tops and the chic young professional in three-inch stilettos you once were has long ago left the building.

To them, you are only "mom," and moms need to be reminded of how squishy they are and, as I found out recently, laughed at when they trip and fall down the stairs and land hard on their butts. "That really hurt, buddy. It isn't funny," I told my son as he doubled over with laughter and I held back tears. He straightened up, looked me directly in my face, which was still contorted with pain, and said, "Well, it's a little bit funny." Even though my rear was throbbing, I had to agree.

My 7-year-old daughter prefers to break me down by calling my outfits unacceptable (this from a girl who wore the same tutu for almost a year), my dance moves mortifying, my car singing atrocious, and my jokes lame. She also likes to tell me my butt is very big, just in case my son hasn't been doing an adequate job of criticizing my physical appearance. Thank God my own mother instilled in me an almost-ridiculous level of self-esteem, or I might just let all the verbal abuse get to me.

I was starting to wonder if I was the only mom whose children coupled every "I love you" and "you look pretty" with a side of slander, when I saw a clip of Kristen Bell appearing on Jimmy Kimmel a couple of years ago. He asked her if her two daughters freak out that she's Anna in Frozen. She said they couldn't care less, probably because "they live to break down my self-esteem." I hear ya, sister.

But also like the celeb super mom, I don't take their soul-crushing attempts seriously; laughing through the savageness is the only way to deal. In truth, I know my kids love me and think I'm pretty great no matter how squishy my belly is. They just don't see me as a real human being, whose feelings are hurt when they call me flabby or embarrassing or stupid because I didn't cut a grilled cheese in my son's preferred four squares. And I get it, because it wasn't until I was an adult that I saw my own mom as anything more than the vehicle that delivered and then lived to serve me. To them, I am the Teflon at which they can throw insults and endless requests and abuse, knowing nothing will stick, that I can always take more. And, at that I have to laugh, partly because it's ridiculous and partly because somehow, it's true.

I know one day, when they're much older and fully formed, they'll stop trying to break down my self-esteem and realize that their very existence has had the opposite effect on it. Simply becoming a mom, their mom, made me strong enough to take their abuse. Now, isn't that just a little bit funny?