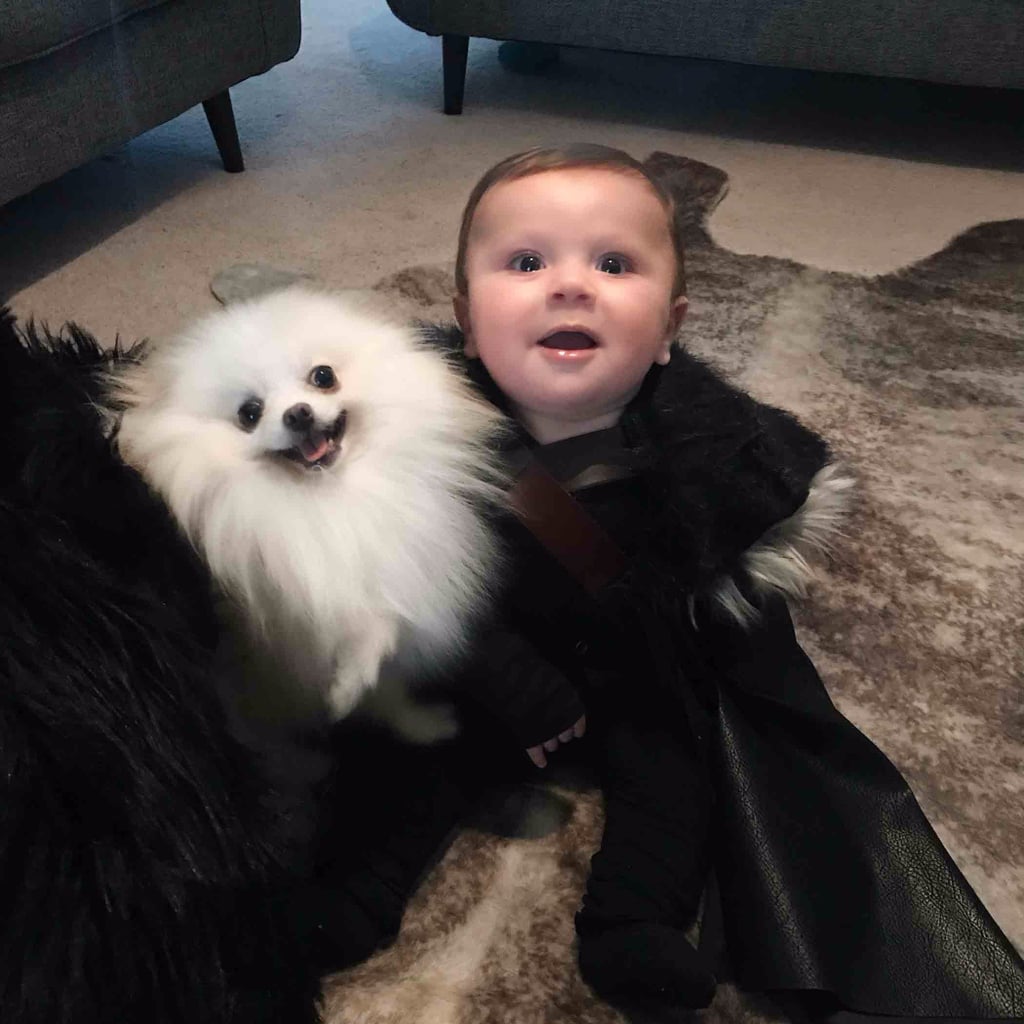 Jessica Pineda and her boyfriend, Travis Lamarche, wanted to get their son, Landon, involved in their Game of Thrones obsession without letting him watch a second of the actual show. And if there's a better way to get him on the bandwagon than dressing him up as Jon Snow and enlisting their dog to be Ghost, it's certainly lost on us. Thankfully, the mama shared an adorable photo of the pair to Instagram for the world to see, and we're just as obsessed with his handmade cloak as the next person.

Apparently, the idea to dress her little one up as a Stark was a long time coming: "Travis and I have been obsessed with Game of Thrones for the last three years. When I found out I was having a boy, we already knew what he was going to be for Halloween," Jessica told POPSUGAR. "Jon Snow, of course! We thought that our Pomeranian named Thor would make a perfect Ghost."

And seriously we couldn't agree more. Soak up all the cuteness in these photos.

Parenting
Jill Biden on Being a Mother Pre-Pandemic: "It Was Already Hard Enough"
by Alessia Santoro 5 days ago

Shay Mitchell
Shay Mitchell Reflected on Her Experience With Prenatal Depression: "I Was Like, 'Wait, What's This?'"
by Murphy Moroney 5 days ago

Little Kids
This 5-Year-Old Gave Her Mom the Sweetest Compliment, and Her Reaction Will Melt Your Heart
by Yerin Kim 6 days ago