TLC's 19 Kids and Counting star Josiah Duggar and his wife, Lauren, are opening up about the miscarriage they suffered just four months into being newlyweds. The couple, who married in June, discovered they were pregnant soon after the wedding but unfortunately lost the baby in October. In a clip from the new season of the couple's show, Counting On, Lauren and Josiah both share the emotions that came with their heartbreaking loss.

"Lauren and I were actually preparing for a trip to go to a friend's wedding," 22-year-old Josiah says in the clip. "She started feeling really sick and started noticing some different things. [Her mom], Mrs. Swanson, was there, so she was able to help her out. I didn't know exactly what was going on."

Nineteen-year-old Lauren remembers experiencing cramps that felt weird, but she had dismissed them as a stomachache, possibly from eating something with gluten in it. It wasn't until she went to use the bathroom that she realized what was happening. "It was late at night, and I went to use the restroom, and there was the baby. Gone. I couldn't believe it, and I was hoping it wasn't true."

Related:
For the First Time, Michelle Obama Reveals She Had a Miscarriage and Used IVF

In a second clip, the couple shared why they felt it was important to share their story.

"It really was a hard time for our family, going through all of this right after we got married. All of our dreams of getting to see our little one and hold it in our hands were dashed before our eyes," Josiah said. Lauren added: "We really wanted to share our story because a lot of people go through miscarriage, but nobody really talks about it. So we just wanted to let y'all know you're not alone." 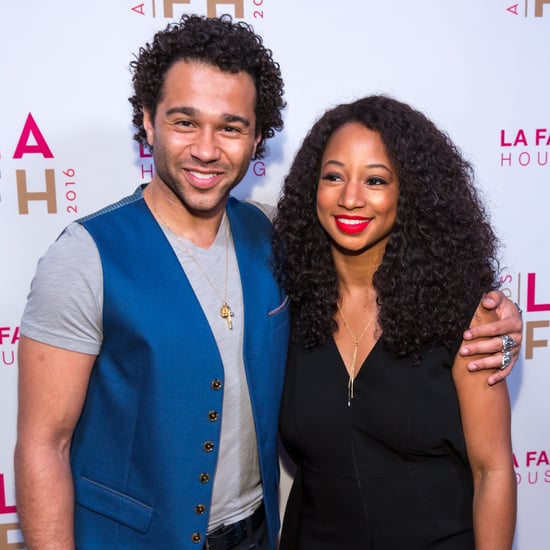 Gifts For Men
Teyana Taylor, Iman Shumpert, and Their Daughters Star in a New Skims Cozy Campaign
by Sarah Wasilak 2 days ago