Kelly Clarkson has never been shy while sharing the good, the bad, and the ugly when it comes to her parenting experience. But while on The Tonight Show Starring Jimmy Fallon on Sept. 19, she touched on the sweeter side of motherhood by admitting her 4-year-old daughter, River Rose, has a gigantic crush on Coldplay's frontman Chris Martin.

Like most childhood crushes, her infatuation started innocently enough when Kelly sang her one of Coldplay's songs on a whim. "She said, 'Sing a song about stars.' I started singing 'Twinkle, Twinkle, Little Star.' She was like, 'Boring,'" said the 36-year-old mom. "She said, 'Another song about stars.' So the only one I could think of was, 'Look at the stars, look how they shine for you.' So I started singing that, and now she's obsessed with it." 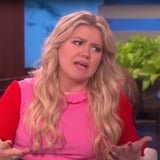 Kelly Clarkson Gets Real About Her Kids Punching Each Other, Reveals When She's OK With It

Ever since getting a taste of Coldplay, River has been playing the music video for "Yellow" on repeat, which poses a bit of a problem since the song is 18 years old. "She doesn't understand that he's not the boy in the 'Yellow' video, like when he first came out years ago," said Kelly. "She's in love with him."

Obviously, Kelly is curious to see how River's crush will play out. "It's weird and scary foreshadowing . . . I'm like, 'You need to slow your roll!'" she said, adding that: "She's going to be slightly disappointed if she ever meets him because he's older than the boy in the video."

And this isn't the first time Kelly has shared River's crush with the world, she shared a video on Twitter of her 4-year-old pining over Chris on Aug. 8, saying she wants "to kiss him." 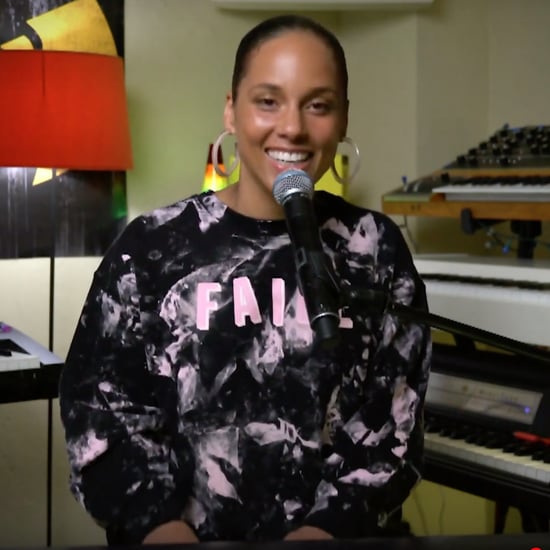 The Late Show With Stephen Colbert
Alicia Keys's Cover of Flo Rida's "My House" Has a Clear Message: "You Can’t Come to My House"
by Angela Law 2 days ago