Blogger and mom Jill Robbins of Ripped Jeans and Bifocals explains her reasoning behind not letting any leprechauns into her house on St. Patrick's Day. 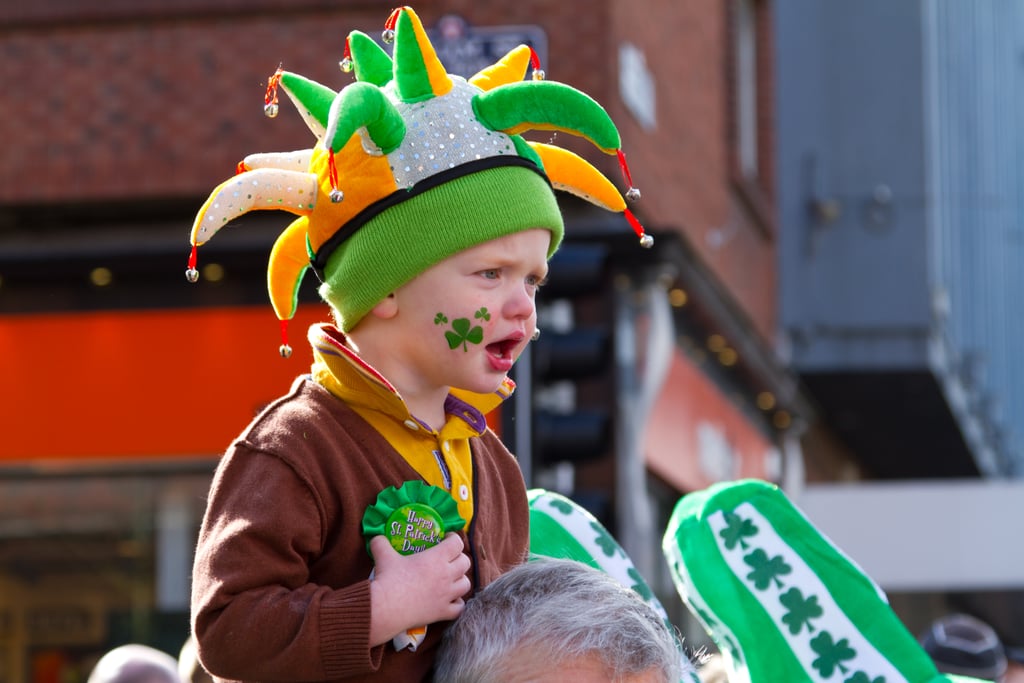 My kid came home from school and asked me if "The Leprechaun" was going to come to our house and bring him chocolate coins. Really? That's a thing now?

I asked the Oracle — OK, I killed exactly seven hours on Pinterest and yes, it appears The Leprechaun coming to your house is indeed "a thing." Here are some suggested "fun activities" you can plan for your small humans to celebrate Saint Patrick's Day . . . and how this relates to a priest converting pagans to Christianity in Ireland is completely beyond me.

One Pinterest freak quoted this as a "fun surprise" for kids to find in the bathroom on St. Paddy's Day morning. Fake green pee (AKA something else I can add to my list of stuff to clean up) doesn't really meet my "fun surprise" threshold. And hello? I live in a house with three males . . . only one of them hits the toilet with any regularity. Cleaning up extra pee? I don't think that fits into my idea of celebrating Saint Patrick's Day.

Let the kids think "leprechauns were there" by turning everything upside down in their rooms and in the house. Put things in odd places. Upside down turn around pictures, maybe even rearrange the furniture a little bit

That sounds dreamy. My downtime after me kids go to bed is sacred. The last thing I want to do is interrupt wine-thirty to tiptoe around my house moving furniture in such a way as not to wake my slumbering angels. Would my kids laugh and chortle over some overturned chairs and some upside down pictures? I'm getting Poltergeist flashback heebie jeebies just thinking about all that. And besides . . . who's gonna clean that crap up? A tiny little leprechaun cleaning crew? I think not.

Toss green sprinkles all over the breakfast table, on their food and maybe some other fun places around the house

That b*tch has lost her mind. First of all the most important meal of the day does not include sprinkles, at least not at my house. And second, what exactly, is defined as "other fun places around the house?" Between the couch cushions? Under the bathroom sink? Besides the "ew, ants" factor, who the heck wants to be finding little green sprinkles on Labor Day? Not this mom.

Have the kids create a Leprechaun Trap. We all know those little leprechauns can create a lot of mischief so maybe it's best to set a few traps and see if they can catch one. Let the kids get creative making their trap using any kind of materials you may have around the house. Add gold glitter to attract the Leprechauns — they love shiny stuff.

So much wrong with this. First of all, crafts. Second of all, crafts with glitter. I'm a firm believer that glitter is dust of Satan, so I'm automatically suspicious of anyone who thinks pairing glitter and little kids is a good idea. And setting a trap for a little Irish dude who might be stealthily sneaking through the house searching for the end of the rainbow (or maybe just some magically delicious cereal) just seems a little creeptastic to me.

Seriously, people. I don't have room in my life for the leprechaun. We have Santa. We have the Easter Bunny and the Tooth Fairy and if we didn't live in Texas, my kids would probably believe in Jack Frost. We even do the whole elf on the shelf thing. Do I really need to add another mythical creature to the lineup? Between Santa, the Easter Bunny and the Tooth Fairy, I'm going to do enough backpedaling when my kids get older. If I say yes to the Leprechaun and letting my kids celebrate Saint Patrick's Day in our home, what next? Is the ghost of George Washington going to come visit our house on President's Day and leave us little tiny cherry trees? That sounds just like the sh*t that the Pinterest-crazed "I have so much time to craft" mamas might have in their arsenal. I cannot tell a lie . . . this weirds me out, y'all.

I have no beef against celebrating Saint Patrick's Day. I'm down with green construction paper shamrocks, kissing people because they're Irish (hey, I'm a hugger) and green beer (and pretty much any celebratory stuff that happens in a bar, lets be real.) I'm gonna stop the madness right now and say "Move on, leprechaun. I hope you find something magically delicious at the end of the rainbow, but it's not at our house."