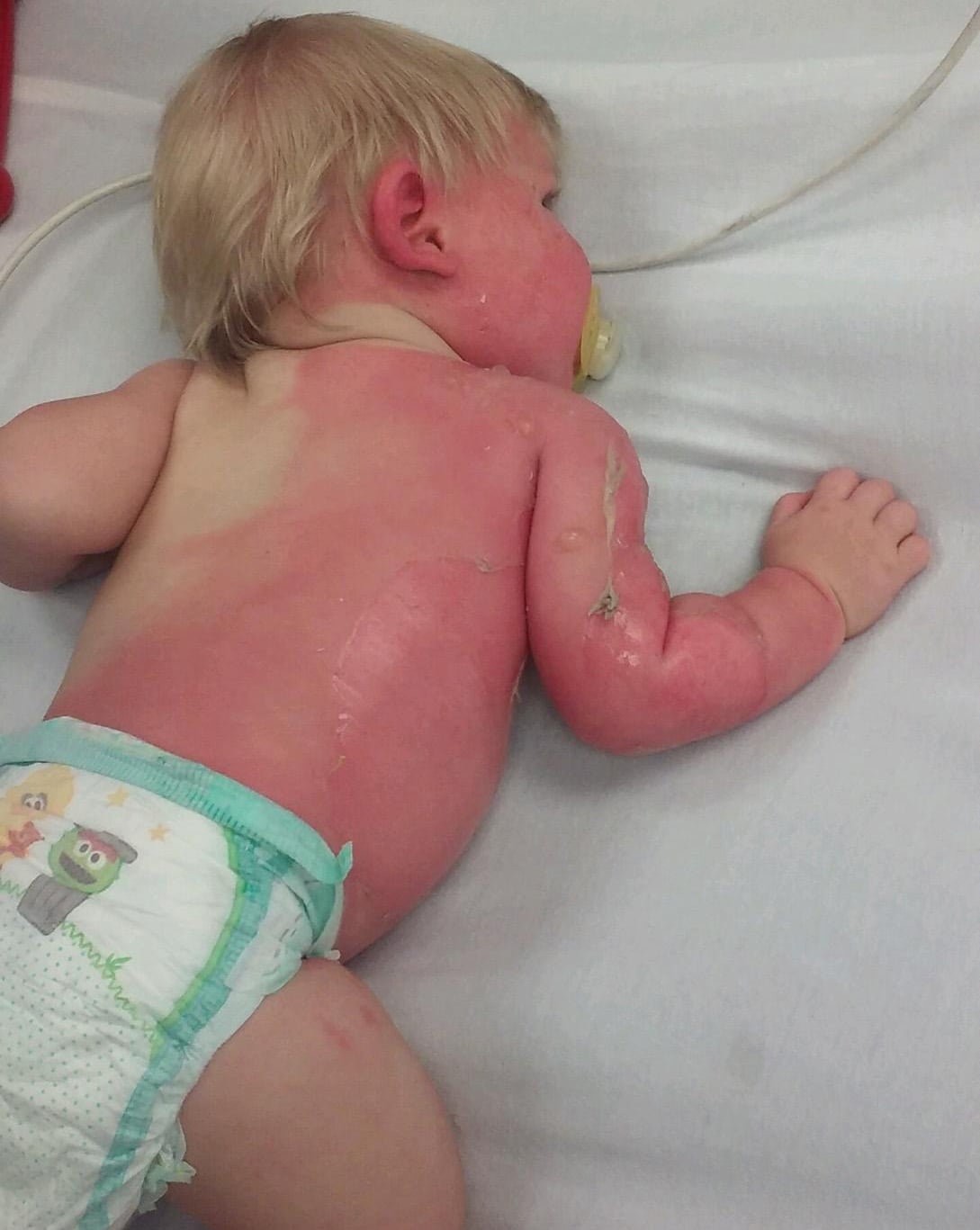 Dominique Woodger thought she was giving her baby boy a great Summer experience as she turned on the garden hose to fill up a kiddie pool in her backyard back in 2016, but she ended up giving her 9-month-old son, Nicholas, second-degree burns over 30 percent of his body.

Although it has been two years since the incident, fire and rescue officials across the nation are re-releasing photos of the boy alongside a current warning to prevent any similar situations involving "non-flowing water inside a hose" from occurring this season.

As their warnings suggest, the mistake is one most, like Woodger, wouldn't predict. The Phoenix-area mom told KNXV TV she had no idea the water coming out of the hose was even hot when she accidentally sprayed her son.

"I thought he was crying because he was mad . . . he hates when he gets sprayed in the face," Woodger said. "I didn't think it was burning him."

But almost immediately, his skin began peeling and blisters formed along his right side.

That day, it was 115 degrees, which means the water inside the hose – when left out in the sun – could reach as high as 150 degrees, the station noted.

"At those temperatures, something as short as a 10- or 30-second exposure can result in a second-degree burn," the city's fire department captain, Larry Subervi, said.

Thankfully, the boy made a full recovery. Woodger's advice: "Just be careful. Touch it before you let your kids near it."