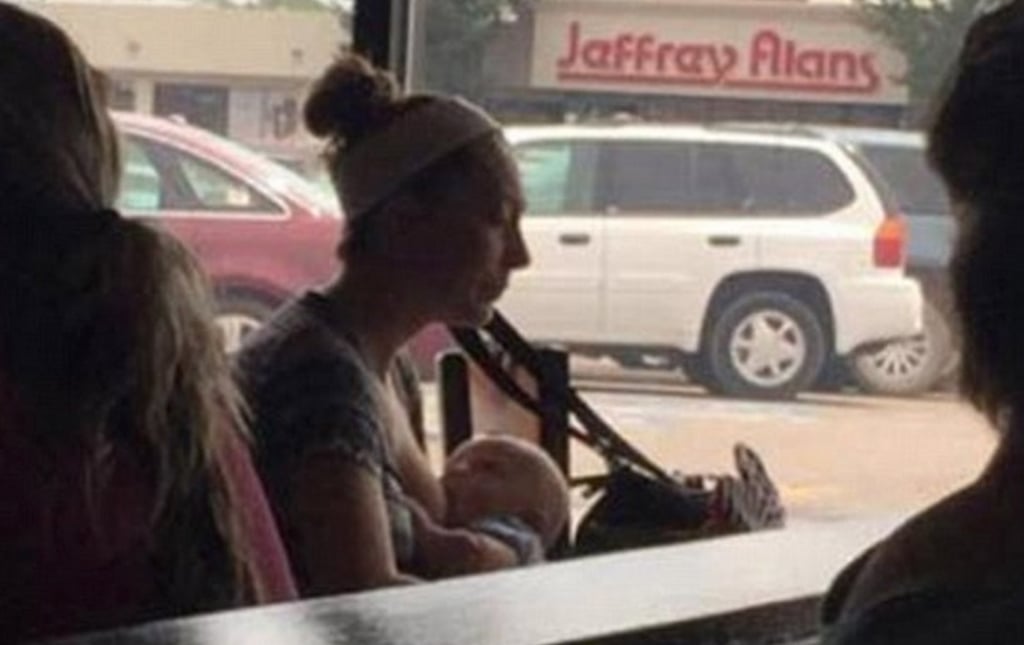 Last week, a mom found out that a complete stranger snapped a photo of her and shared it on Facebook. Why? Because he was disgusted that she was breastfeeding her baby in public.

The man who took to social media had been dining at a TGI Fridays in Terre Haute, IN, with his young daughter. Here's what he said:

Ok moms out there.. I know when a baby is Hungry they need fed. I went to know if this is appropriate or inappropriate as I'm trying to eat my Fridays, there are little kids around.. I understand feeding in public but could you at least cover your boob up?! Your input is needed!

He wanted input, and he sure got it. When the nursing mother in question, Conner Kendall, discovered his post (which has since been deleted), she wrote a passionate letter to the unnamed stranger. Read her explanation of what happened, why she believes this type of breastfeeding shaming needs to stop, and the bold reason she decided not to reveal the offender's name.

***Please Read Everything (I know it's long, but it is very important)***Yesterday I was shamed on social media for...

Although the man allegedly sent a "very short" and "very insincere" apology to Kendall via private message, her post has already been shared more than 73,000 times.

How would you react if a photo of you breastfeeding turned up on Facebook?

BabiesParentingBreastfeedingParenting News
Around The Web