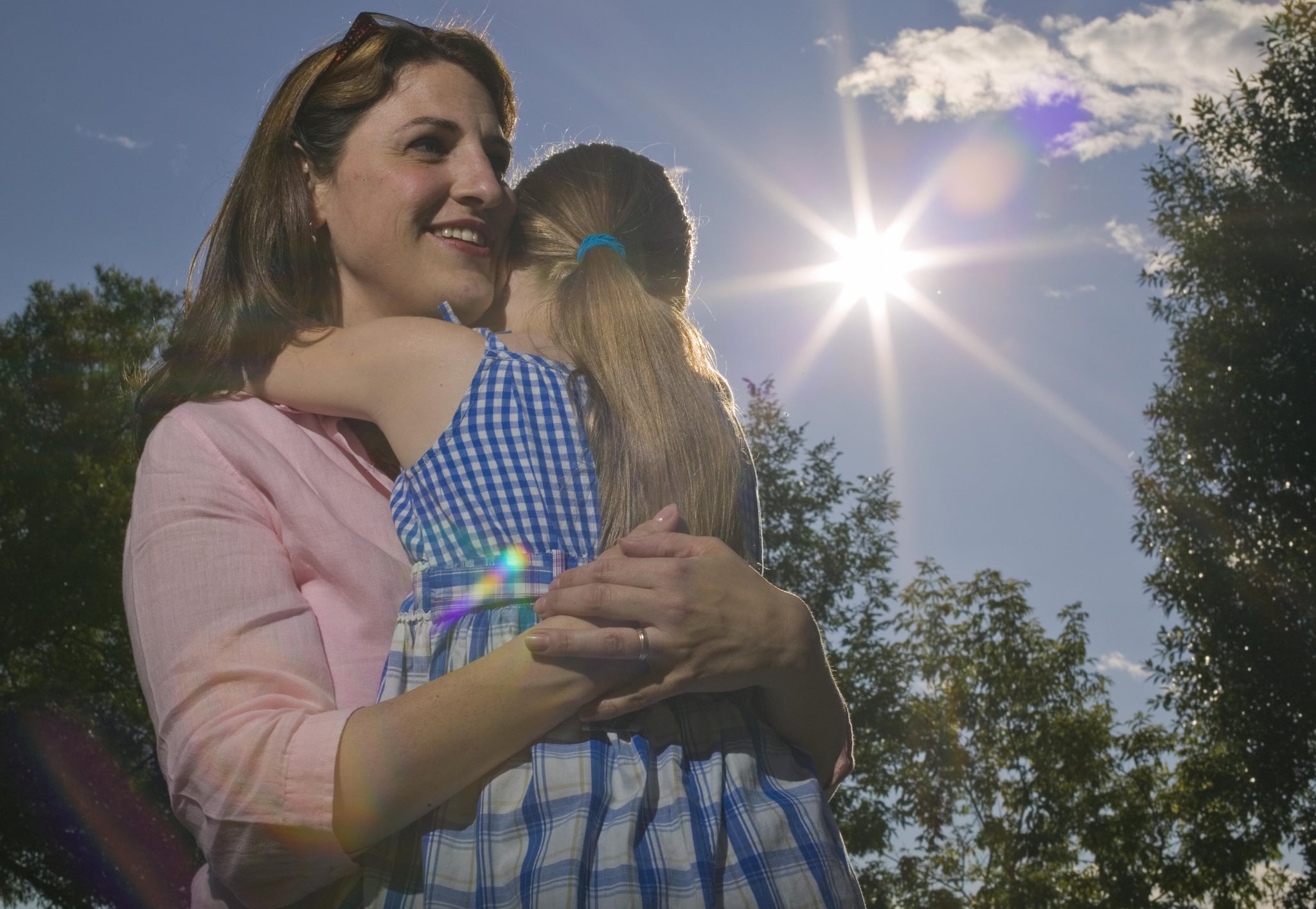 In the age of social media and just oversharing in general, many parents love updating their friends and family about every little move their kids make. But Ronnie Koenig decided to hide something about her daughter, Evelyn, for almost six years: she has autism.

Ronnie, a writer who recently shared her story with Today, said she and her husband knew something was going on with Evelyn before she turned 2. "She didn't look when we called her name," Ronnie wrote. "[She] still kept pulling on an electrical cord when we screamed 'STOP.' When we visited my parents, there were no smiles or even looks of acknowledegment. Our once chatty baby was sliding deeper into the world of her own imagination."

Related:
Mom’s Message About the Dog Who “Transformed” Her Boy With Autism

"If we want [the world] to accept autistic people as valuable members of society, how can we do that in hiding?"

Even after Evelyn was officially diagnosed with autism, Ronnie explained that they didn't tell anyone outside of close friends and family because they wanted to protect their daughter. "I knew that once she was labeled 'autistic,' that would be the way the world would see her," she continued. "It would be an adjective that always came before her name."

After deciding to relocate to a different state so that Evelyn could attend a special school to better fit her needs, Ronnie finally realized that she needed to speak openly about autism if she really wanted her daughter to have a better future. "If we want people to not just be 'aware' of autism, but to actually accept autistic people as valuable members of society, how can we do that in hiding?" she asked. "If we are to stand up for ourselves, and each other, the only way to do it is to make our presence known and put a face to the word that I spent so much time avoiding."

Ronnie is now using her newfound voice to help Evelyn's school raise funds with an autism walk, something she sees the benefits of firsthand. "She's speaking in sentences, is toilet trained, makes eye contact and is incredibly loving to the people closest to her," Ronnie noted. "If she continues to build on her current skills, the future will only get brighter. When we walk with her and her classmates and their parents — our new community — I'll be ok using the 'A' word. We will be out there together in the sunshine — autistic, radiant — and saying, 'It's going to be okay.'"

by Mary Everett 36 minutes ago