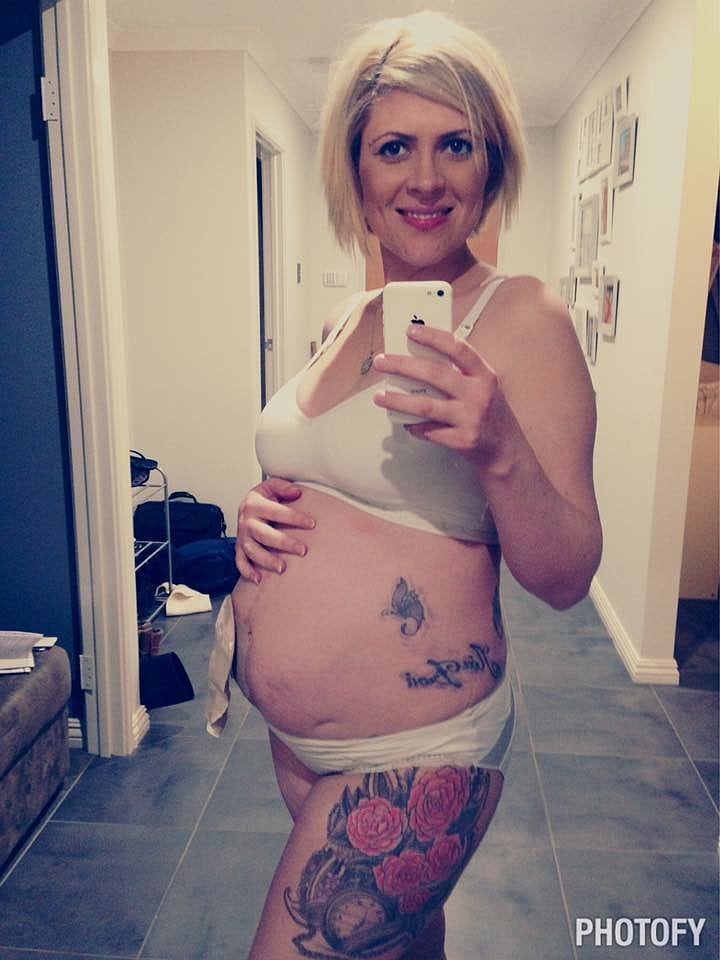 After years of suffering, Krystal was first diagnosed with Crohn's disease when she was 15 years old. And while this debilitating condition causes inflammation of the digestive system and often has negative preconceived notions, Krystal was thrilled to know what was finally wrong.

Before her Crohn's diagnosis, Krystal was constantly sick with diarrhea and vomiting that felt like poison. Before her 22nd birthday, she had major surgery to have her large intestine, part of her small intestine, and her anus removed. An ileostomy bag was fitted, and Krystal empties her bag every few hours, changes it every few days, and tucks it into her underwear during her active life as a new mom. But most importantly, she has her life back.

"I just didn't want to be dying anymore, because that's what it felt like," she said. "I just wanted to be healthy and have a different life, because the life I was living wasn't one."

Krystal is now a mother of two and is embracing her life as a Bag Lady Mama with her Facebook page, which is dedicated to posting body-positive selfies and motivational anecdotes.

Not only did Krystal have to adjust to her stoma — a small opening to the abdomen that connects to her ileostomy bag — during her journey to motherhood, but she also had to deal with the ramifications of the surgery. Krystal was told that she was unable to have a vaginal delivery — and went on to have two — and experienced a perforated bowel that turned septic shortly after her first pregnancy. After her first child's birth, Krystal suffered four miscarriages before welcoming another baby.

"I felt that these photos would be great to share with other mamas or women who are trying to have babies with an ostomy," said Krystal. "There is not a lot out there about successful pregnancies or natural delivery. I wanted others to know that you can have a baby naturally despite having had surgery." Krystal said that she didn't love — let alone like — her postpartum body after having her son, but she feels differently the second time around. "I hope these photos inspire someone else to just keep fighting because one day it will be OK!" said Krystal.

Disney
Hamilton Is a Family-Friendly Musical, but There Are a Few Things to Know Before Watching
by Stacey Nguyen 21 hours ago

Video games
A Minecraft Cereal Is Coming in August, and We Can Already Hear Our Kids Crunching
by Alessia Santoro 23 hours ago

Family Life
These Parents Made a "Common Sense" Summer Camp For Their Teenagers, and What a Brilliant Idea!
by Murphy Moroney 4 days ago