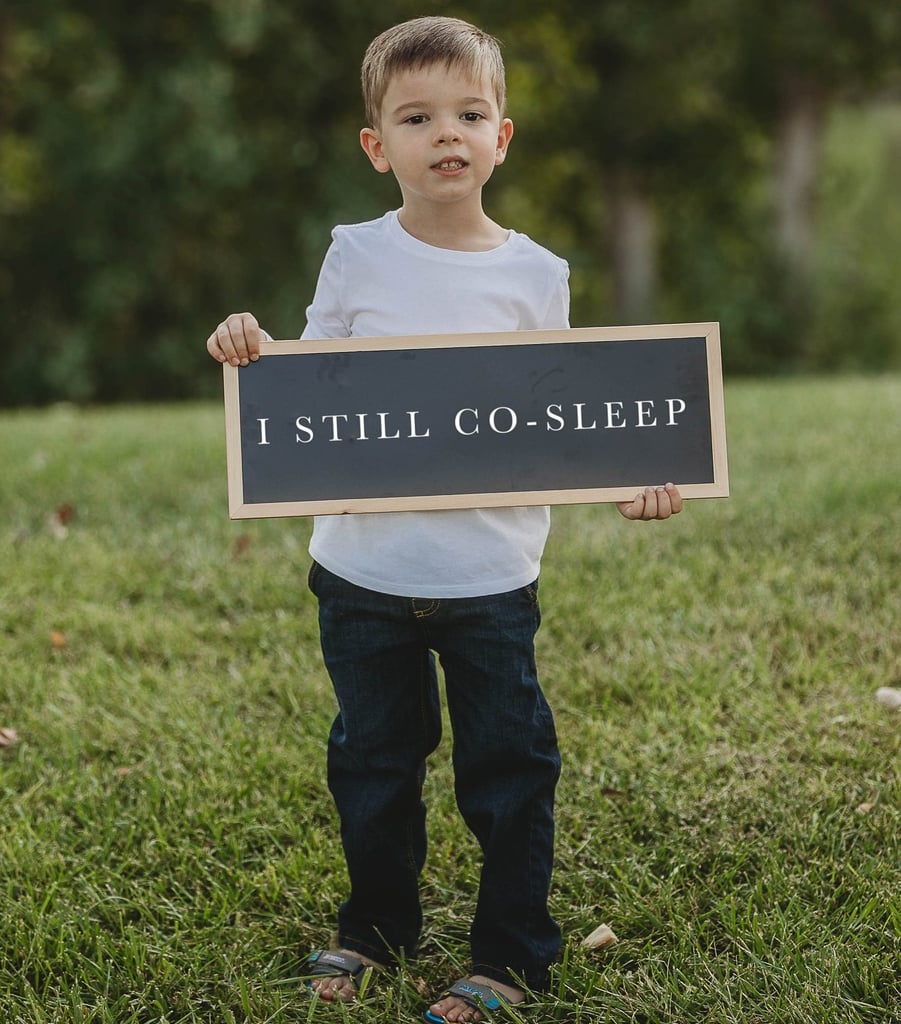 Abbie Fox has felt the effects of mom-shaming many times in the eight years she's been a parent. Although she'd survived plenty of judgment over screen time rules and exclusive pumping while raising her three kids, she still couldn't get over how it kept happening all around her — particularly by other supposedly "well-meaning" moms.

"I'm in dozens of mommy groups, and one day I was reading posts, and the moms were just being awful to this one mom about sleep training," the Las Vegas-based photographer told POPSUGAR. "I had also been shamed for it and thought, 'Man, I wish she had a little more support and knew she wasn't alone.' Then, I thought I needed to do something."

"People roll their eyes and say it doesn't happen anymore, but it is alive and well, and it can be brutal."

Through a series of eye-opening photos of children holding up signs that listed the "hot-button topics" over which their mothers were most often judged, she sent a very clear message. These smiling kids are certainly not defined by the issue written on their boards — and their mothers shouldn't be, either.

"If our kids are healthy, happy, and thriving, who cares if our parenting styles are different?" she asked. "We are all doing our best . . . We all have our differences in parenting and need to realize that everyone is raised differently and has different values and things that are important to us."

One kid's sign revealed she's homeschooled, another admitted she used to wear a leash to stay safe, and still others touched on vaccination schedules, elective C-sections, ADHD medication, TV sets in bedrooms, and car seat placement. Although Abbie has taken more than 30 portraits for her series, she hasn't come close to covering the full range of seemingly controversial choices that moms make, and the harsh comments they endure.

Case in point: Abbie is now receiving angry emails, Facebook messages, and fake negative business reviews as a result of her photo series. "People roll their eyes and say it doesn't happen anymore, but it is alive and well, and it can be brutal."

Read on to see all the topics she's featured in her photo series, but be sure not to forget to look at the children behind those signs — and to remember that we are all moms trying to, as Abbie told us, "keep these little humans alive all while keeping our sanity."