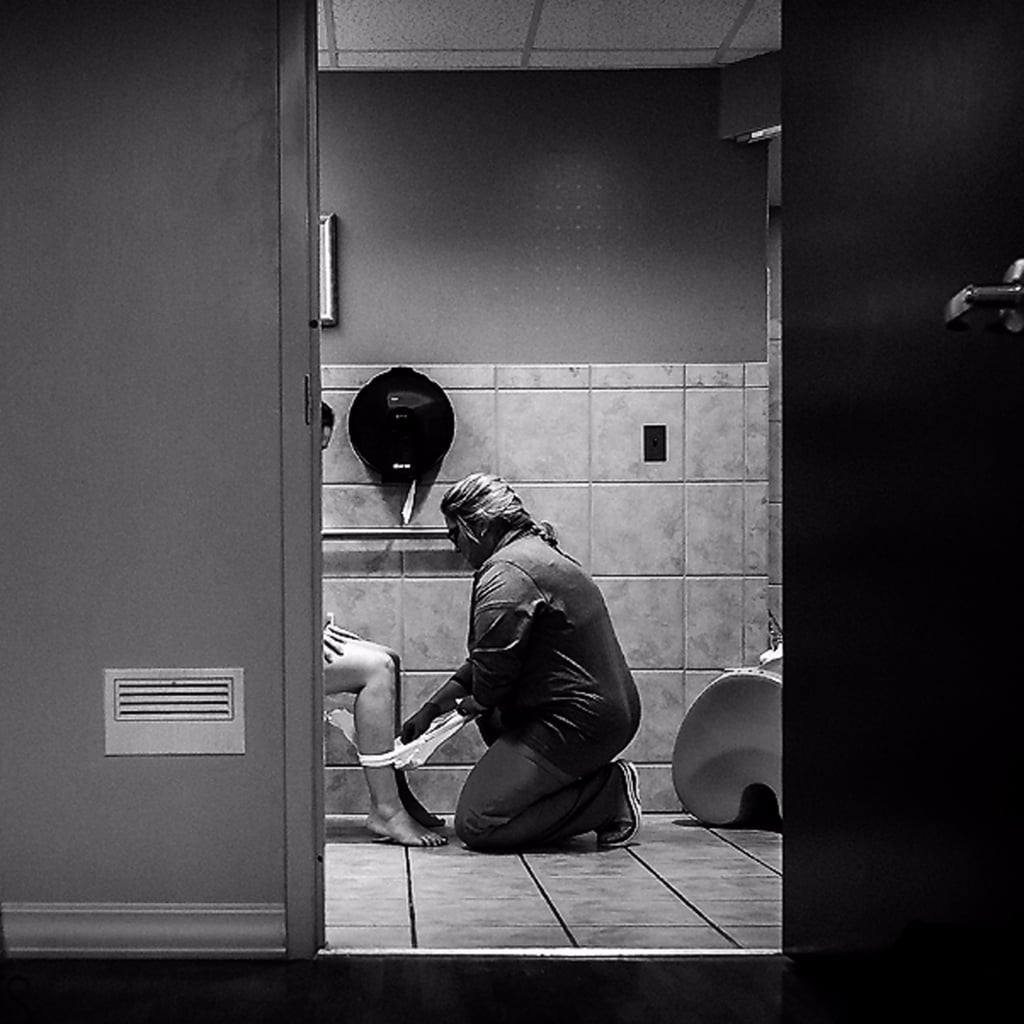 When photographer Katie Lacer first started taking pictures of the labor, delivery, and postpartum nurses who rush to the sides of women during the birthing process, she never thought it would spread like wildfire on social media. Lacer explained how the idea came into play to POPSUGAR:

"I just happened to be in the right place at the right time. For me, it's the anonymity. Those can be any mother's legs, with any nurse, in any hospital. Anyone that has welcomed a baby knows that moment, and we can all relate to it."

The photo series began picking up some serious speed when Facebook user Baby Rabies shared one of Lacer's photos thanking nurses for all they do.

The photographer says she's barely been able to keep her emotions at bay, but she loves capturing everything else that goes into a birth story:

"I call it 'hormotional'. I'm so overwhelmed (in the best way possible) and I'm thrilled that it's gotten such an amazing response. My ultimate goal as a photographer is to make people feel something, and I think that these images do that. It's real and vulnerable and shows that there's more to a birth story than a baby."