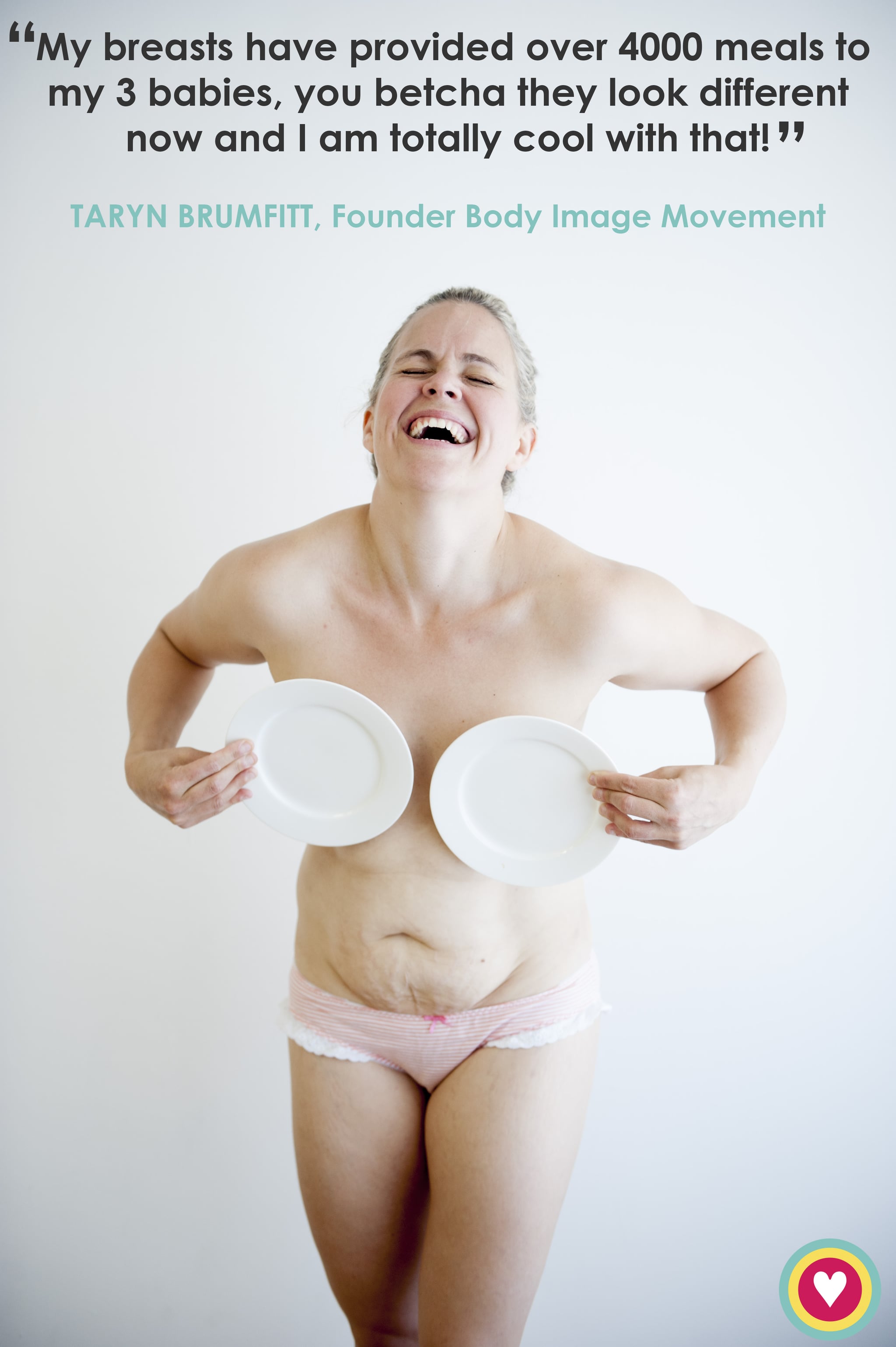 When Taryn Brumfitt was pregnant with her first child, she loved everything about her belly. She even liked it shortly after giving birth, despite the fact that it "resembled something from the 80s movie The Blob."

"I remember thinking, 'Oh it will return to normal, just give it some time,'" the Australian mother of three writes on The Huffington Post. Despite her high hopes, however, it was not a quick journey to her prebaby body. Even though she resumed an exercise routine, Brumfitt writes that months after the delivery, her tummy "still remained jelly-like" and her "nipples had grown to the size of dinner plates." This slow journey was only made more difficult by the magazines that featured superskinny new moms on their covers.

Brumfitt hated her body and herself, so much so that in 2013 she was considering liposuction and breast implants. She realized, however, that doing so would pass on similar body image issues to her daughters.

"How am I ever going to teach Mikaela to love her body as it is if her Mummy can't do the same," she writes. So rather than change her body, Brumfitt decided to change the conversation. Last May, she launched The Body Image Movement, which encourages women to "embrace all body types, shapes, sizes, colors and revel in the beauty of the human form." In an effort to spread her message, Brumfitt is currently raising money to create a documentary that will inspire women to forgo the body hate for body love. She writes that she wants women to take pride in their body rather than hide it.

"It's now my mission to help prevent as many women as possible from feeling the way I felt. I plan to do this by sharing wee and poo stories across the globe, and challenging the notion that behind the razzle and dazzle of every front-page celebrity story, there is a woman who poos too, maybe has the odd nipple hair and perhaps even has her own set of insecurities. My tummy has housed three babies and my boobs have provided over 4000 meals to my tribe; for that I am proud of my body and no longer ashamed."

Mandy Moore
A Round of Applause For Mandy Moore, Who Was Still Filming This Is Us at 38 Weeks Pregnant
by Victoria Messina 18 hours ago