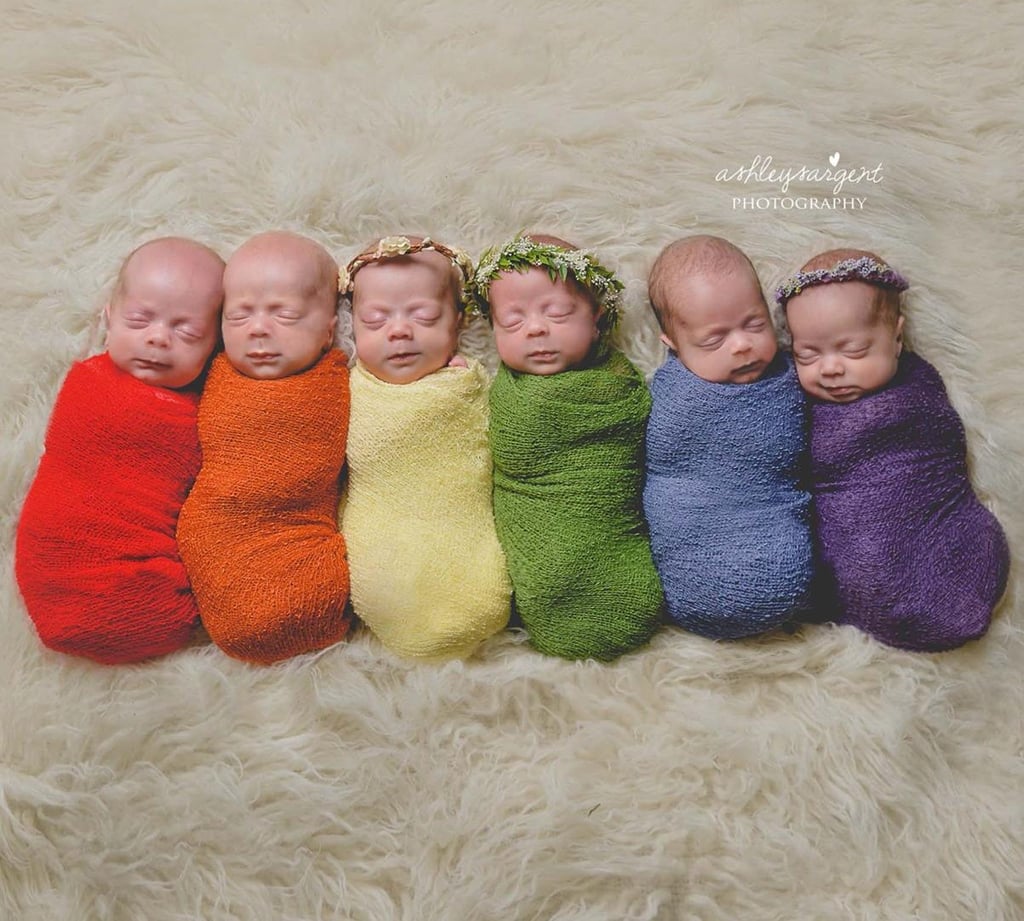 Courtney and Eric Waldrop always wanted a big family, but fulfilling their dream hasn't been easy.

The couple experienced several miscarriages before giving birth to their son Saylor. They then turned to fertility treatments, which led to the birth of twin boys Wales and Bridge.

Eventually, they decided to try for one more child without the help of IVF. Courtney became pregnant but sadly suffered another miscarriage. Back on fertility treatments, the couple received the ultimate "big family" news: not only was Courtney successfully pregnant, but they were on their way to having sextuplets!

Related:
This Color-Coded Photo of Grandkids Shows How 1 Family Can Grow

"Can you imagine the fear and stress you would have as a mother being told you are pregnant with six, mixed with so much joy in knowing that within you life is growing?" asked photographer Ashley Sargent, who snapped the first official photos of the six babies.

Ashley also told POPSUGAR that those babies were six miracles:

"Yes, I said miracles.
Because the odds were against them...
the odds of all six babies at one time...
the odds of the babies surviving at all...
the odds of two parents accepting them all and choosing life regardless of the surprising news... you babies are miracles. There is a tremendous purpose for your life. You will shake the world.
Because after every storm... there is a rainbow."

Ashley photographed the babies, each bundled up in a distinct color of the rainbow, but the adorable nature of the image didn't stop there. The babies are lined up in their rapidly descending birth order.

Blu, the oldest, is in red, followed by Layke in orange and Rawlings in yellow. Then fourth born Rayne is wrapped in green, and Tag is in blue. The youngest, named Rivers, is swaddled in purple.

Read on for more of Ashley's beautiful snapshots of this big, miraculous family.