Sometimes an epic failure is a blessing in disguise. Dimitri Ehrlich, a multiplatinum-selling songwriter and author of two books, shares his cosleeping experience in this post syndicated from Fatherly's The Daddy Diaries. 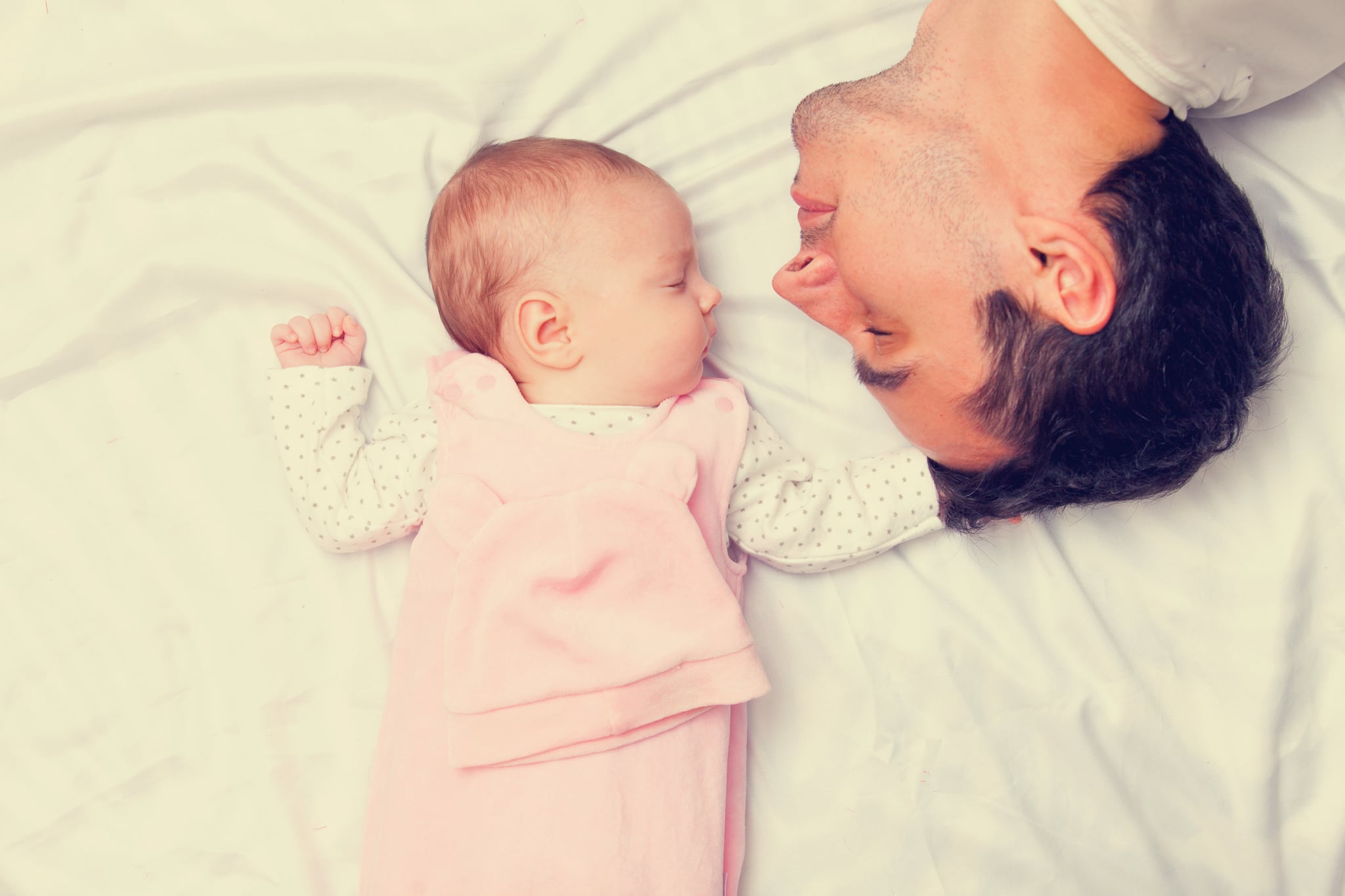 And now a word about failure.

I won't bore you with details of the epic wars and battles we went through to finally get Lev to sleep in his own bed, in his own room, through the night. That would be like telling a story of how we finally pushed a giant boulder up a hill but not before it rolled down and crushed all our bones several times.

The point is, at some point, he learned to sleep.

Then, for whatever reason (in this case we did a bathroom renovation upstairs next to his bedroom and then he got his first cold) Lev moved back into our room and it was not long before he was in our bed. And here is the thing about this thing, which everyone says is not only an epic failure but dangerous.

Here is the thing they don't tell you: it feels amazing.

I suppose it's like heroin. There's a reason people become junkies. Presumably because heroin feels really good. (So I am told. I fear both pleasure and addiction too much to have gained firsthand knowledge.) The thing nobody tells you about failing at sleep-training is that it is the best thing you can ever do in your life.

Because when this mop-headed hobbit-like Buddha returns to sleeping in your bed, nestling humidly between you and your gorgeous exhausted woman, you gain a brief chance to step back into the Garden of Eden. It's rare that the innocent sleep among you. It's a special gift to hear the snore of a person who has never committed any wrong, someone who has not even known the primal sin of self-consciousness. To wake up fixed in the bustling smile of a being that needs no excuse to smile. (This is also why Lev looks great in whatever outfit he throws on, because he doesn't care about appearances.) When I am with my son, I am in the presence of pure presence.

And so at this late hour — when you might otherwise be up working or enjoying your life in New York City — you think briefly though not longingly of all the nights you went out in your long-extended wild years. You remember the urgent din of chic bars and the serious whimsy of art gallery openings, and the boredom and tension of dinner parties with rappers and models, and the gigs at and the lounges with Middle Eastern themes, the celebrity jewelers, and all the terribly interesting things people had to say.

And then you realize with the kind of slow-motion pleasure one imagines an opiate like heroin must impart, that there is nowhere else in the vast universe that you would rather be.

That you have found the cure for all maladies, the antidote to anxiety in the magnetic, simple pleasure of laying on a mattress with your son and your girlfriend and hearing the hum of some distant aching machine, the city beyond these condo walls, where millions are still looking for the thing you have found.

Parenting
Jill Biden on Being a Mother Pre-Pandemic: "It Was Already Hard Enough"
by Alessia Santoro 5 hours ago

Shay Mitchell
Shay Mitchell Reflected on Her Experience With Prenatal Depression: "I Was Like, 'Wait, What's This?'"
by Murphy Moroney 6 hours ago

Little Kids
This 5-Year-Old Gave Her Mom the Sweetest Compliment, and Her Reaction Will Melt Your Heart
by Yerin Kim 21 hours ago