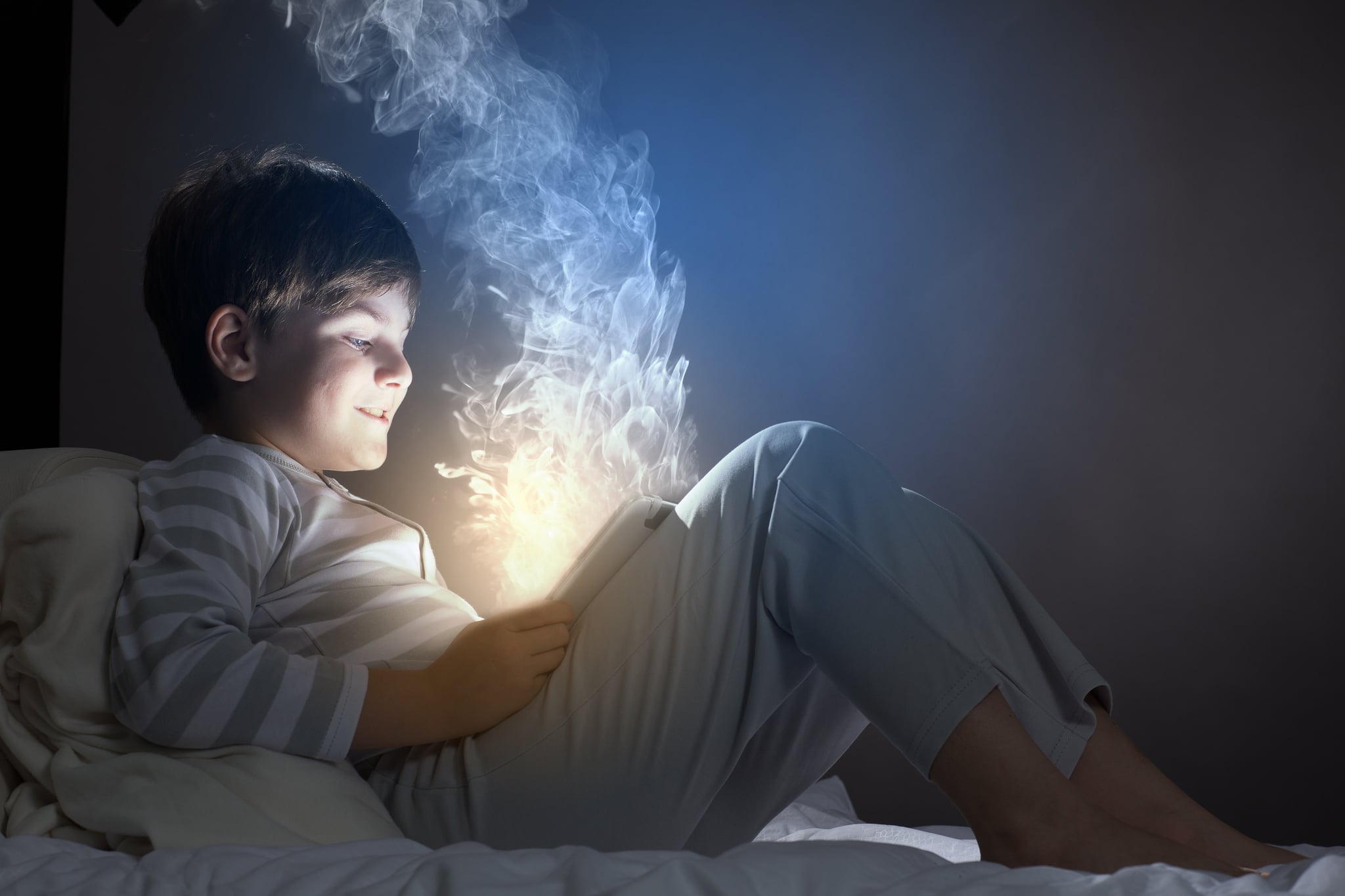 It's no secret that kids are some of the most technologically proficient people around, but is the potential addiction to entertainment media enough to be considered a clinical disorder? China says "yes" and has established media-free rehabilitation centers for children who have become hooked on video games. Though the United States hasn't declared screen addiction a clinical disorder just yet, it's definitely a hot topic among experts and parents, all of whom have opinions on how much screen time is too much screen time.

While screen time with high-quality educational programs and imaginative, hobby-related content has been said to actually be beneficial for children in a lot of ways, "live action" games with a lot of simulation are being looked at closely, as they can alter a child's development and perspective. Dimitri A. Christakis of the Seattle Children's Research Institute says, "Those who watch a lot of simulated violence, common in many popular video games, can become immune to it, more inclined to act violently themselves and less likely to behave empathetically."

As the hours spent with electronic media increase, the amount of time left over for human interaction dwindles considerably. What begins for some kids as a distraction — a way to encourage good behavior while out or to avoid a pending tantrum — has turned into a full-on addiction for others, becoming a substitute for personal interactions during every free moment possible.

Catherine Steiner-Adair, a Harvard-affiliated clinical psychologist, says, "If kids are allowed to play 'Candy Crush' on the way to school, the car ride will be quiet, but that's not what kids need. They need time to daydream, deal with anxieties, process their thoughts and share them with parents, who can provide reassurance."

Aside from the mental effects of spending too much time with technology, the physical effects can be damaging as well — sore necks and backs from slouching over tablets, pain in their fingers and wrists from gripping phones and video game controllers, and, possibly, narrowed blood vessels in their eyes from staring at screens for an extended period of time. Not to mention that children are generally sedentary while playing video games, which means less time spent being active, posing a potential risk of childhood obesity.

If you're concerned at all about the amount of time your child spends engaging in entertainment media, taking a look at the negative effects may be beneficial for your family in the long run.

"Children have to know that life is fine off the screen," Steiner-Adair says. "It's interesting and good to be curious about other people, to learn how to listen. It teaches them social and emotional intelligence, which is critical for success in life."