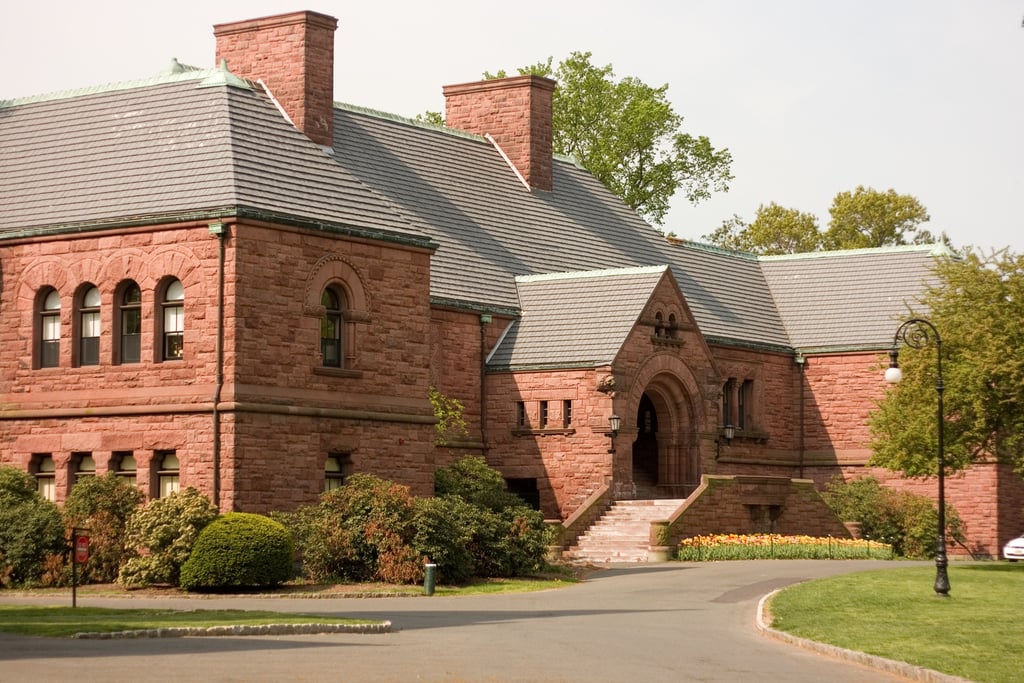 I was "sent" to boarding school at 14 — not because I was a disruptive child, remarkably misbehaved, or spoiled. I wanted to go, and my parents wanted me to experience life outside of my Southern suburban bubble. As it turns out, our instincts were right: attending boarding school was liberating and allowed me to think for myself.

There's a liminal space at age 14 wherein you feel like an adult, but in reality you're barely beyond childhood. For parents, the idea of sending their kids to boarding school at such a transitional age can be both appealing and terrifying, since it catapults them into making decisions for themselves. But parents can still parent without being present; I talked to my parents nightly and saw them almost once a month. While not all schools are the same, my experience attending a coeducational boarding school was ideal. Of course, there are disadvantages to boarding school, but for me the benefits outweighed its potential pitfalls. Here's why boarding school was such a positive choice for me.

There are a lot of rules

When parents entrust their teenagers to the supervision of other adults, the rules are often strict. At my school:

Most of the restrictions align with the rules parents set for their high schoolers already. Because teenagers understandably have lapses in judgment — how else would we learn? — we were allowed two strikes of breaking major school rules before expulsion. I had friends who attended other boarding schools that only permitted one strike.

I remember my professors preparing us for college by warning, "Freshman year might seem like a breeze, but remember to go to class." I wrote my first 10-page paper as a freshman in high school, and by senior year, 15-page papers were the norm. But while the courses were challenging, we could always get one-on-one help from our professors, and our daily schedule had a built-in period to meet with them. I remember being tortured by chemistry, which at the time felt like a failure. While failing genuinely meant getting a D or below, being surrounded by so many smart students made a B feel like failing at times. This was tough. But my parents helped remind me that I wasn't going to be the best at everything.

Discussions in class are encouraged

Most high schools are taught in classrooms with desks, with a teacher at the front and a whiteboard (though now most are "smart boards"). This was not the case at my boarding school. For every class but math, we sat around "harkness tables" — best described as huge dining tables — and our teachers led class from the table as well. We were encouraged (well, really required if you wanted a better grade) to discuss our assignments. Sometimes we would get into such heated debates that the teacher's lesson plan for the day was completely thrown out the window. While they weren't forcing their opinions on students, I knew my professors' perspectives on most issues, which made me feel more like an adult. This style of teaching taught me that it was OK to challenge people, to have my own opinions. I remember learning that I didn't have to agree with everyone, but I could still respect their beliefs. 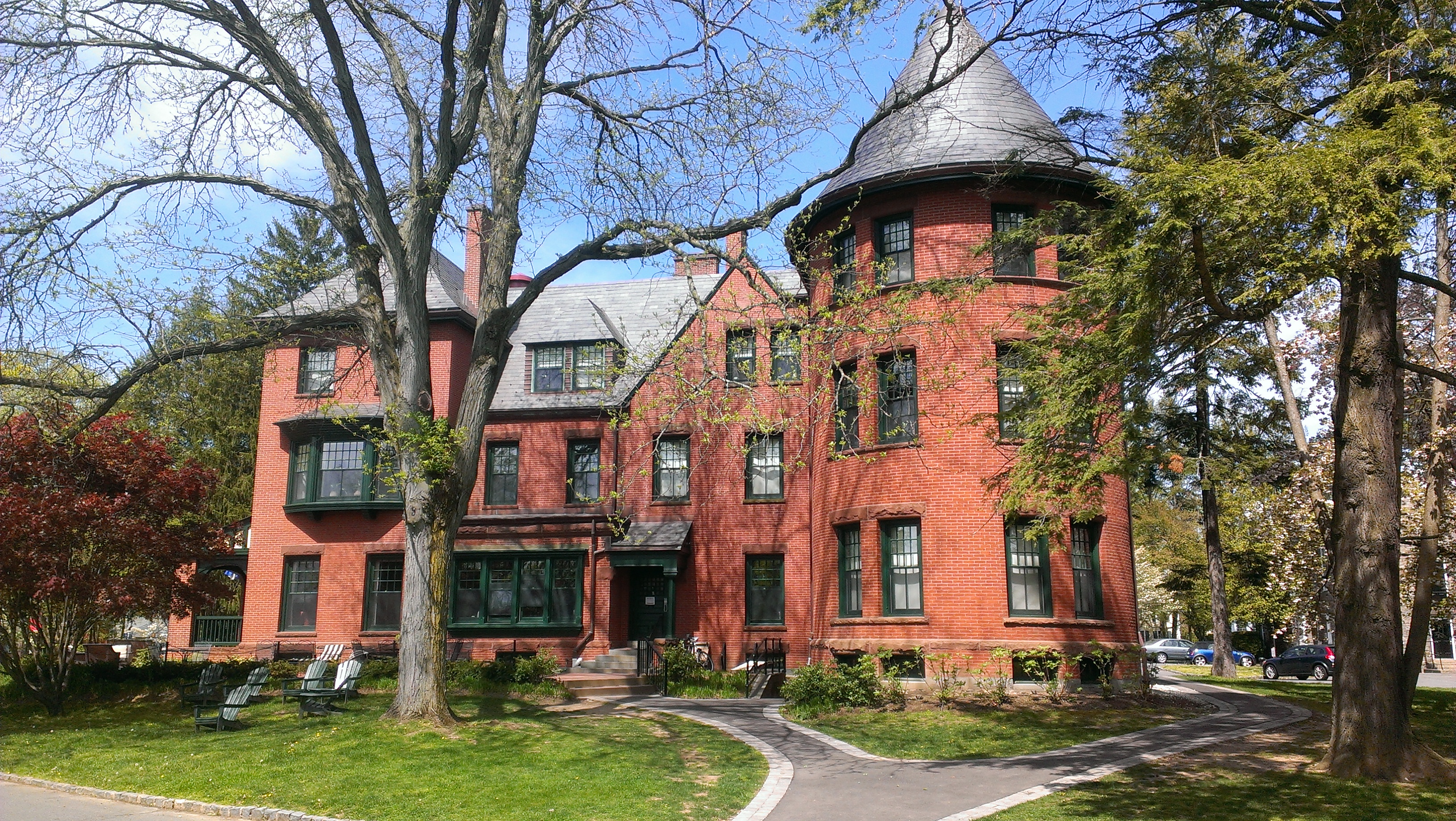 Unlike your average high school, my boarding school required us to partake in an organized athletic activity. That could mean junior varsity or varsity sports, but even the less-skilled athletes among us had to do something: Ultimate Frisbee, freshman sports, senior fitness, and intramural sports between houses. Playing on a team allowed you to meet and bond with all of your classmates. We also didn't have gym class, so it required us to be active.

When you live with your best friends and are with them nearly 24/7, you understandably grow more attached, faster. I'm 23, and I still talk to my best friend from high school daily. We're like sisters. We lived across the hall from each other freshman year, and we admittedly broke the rules (as did other girls) by sneaking into each other's rooms after lights out. Looking back, I'm sure our house mothers knew what was happening but understood that nurturing those relationships was more important than enforcing our "bedtime." We were never going to listen anyway. At boarding school, not only are your bonds tighter, but you mature together and learn from each other. When I got dumped for the first time, my mom wasn't there to stroke my hair, but my best friend was. Which brings me to boyfriends. Dating in high school is weird for anyone: you're not an adult, but you mimic the way you see adults date. At boarding school, where you also live with your boyfriend, it's much weirder. I would see my boyfriend every night and every day; we would eat almost every meal together. When I broke up with someone, I had no way to avoid him. These relationships were obviously more intense, but when they ended, I learned how to handle them in a more mature way.

If you break a rule at a typical school, you might get reprimanded, but you're not likely to be expelled unless you do something particularly outrageous. When teens live at home, parents discipline them; if you get caught drinking, your school might not even know. But at boarding school, it's all interwoven. At my school, if you got caught misbehaving twice, you were sent home. Of course, all kids make kid mistakes, but when parents are entrusting their kids to a boarding school, the consequences have to be harsher. Expulsions were traumatic, especially when I lost a friend in the process. That said, we did have a "Sanctuary" program, wherein if you or a friend was ill from drinking, you could go to the infirmary and declare you needed help without reprimand. 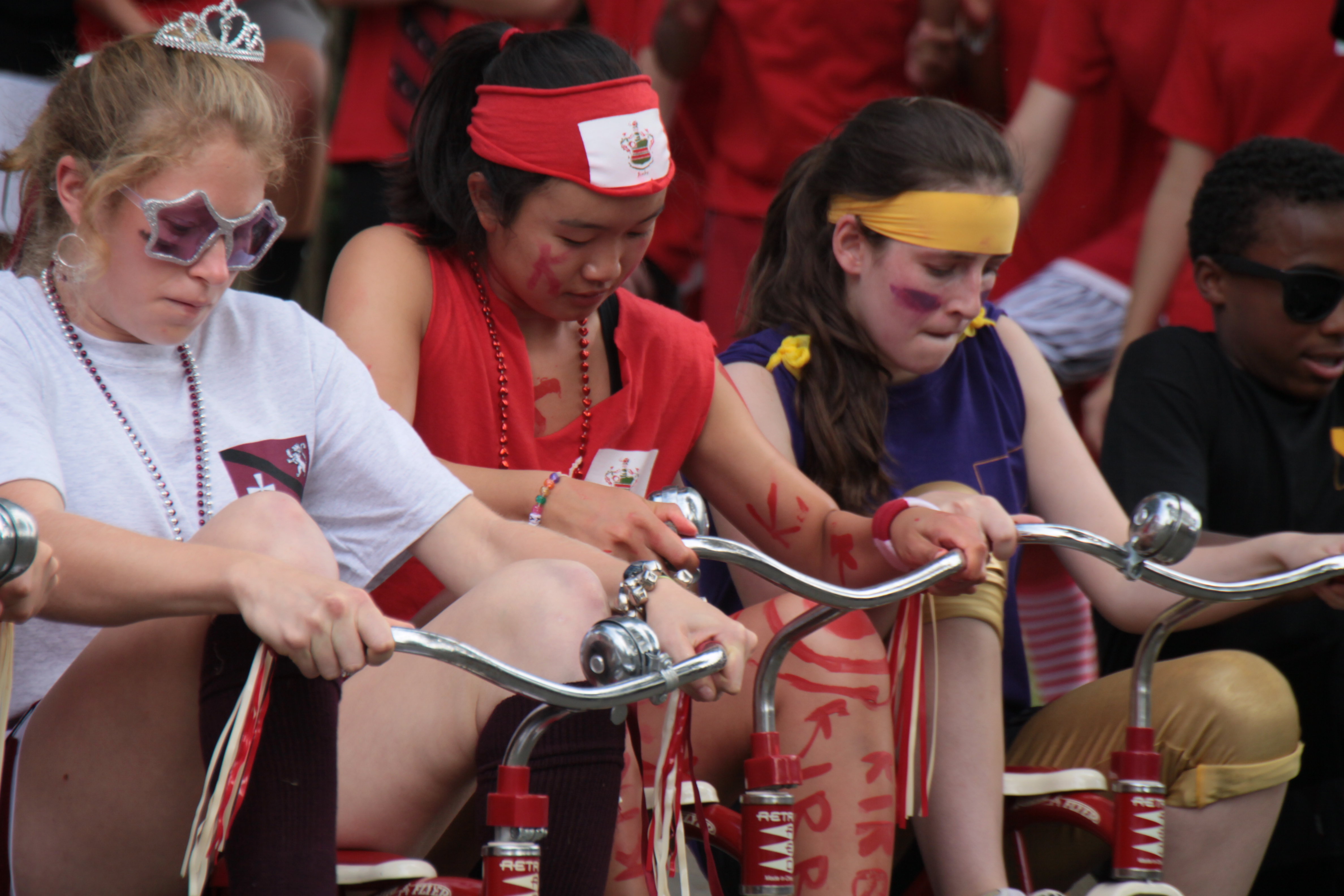 It's rich in tradition

The school I attended is more than 200 years old — women were only allowed in 25 years ago! — and my dad and all of his brothers went there. In addition to the school's history, each residential house has rich traditions. After freshman year, you're assigned a house to live in for the next two years, and yes, I'd describe it as akin to Harry Potter. We had prefects, House Olympics, and so many competitions, like a tricycle relay. If you were selected to compete in this race, it was a huge honor. So in addition to the massive pride we had for varsity sports, we also loved our houses.

The food is good

I was lucky that my school was dedicated to serving organic, sustainable food. At each dining hall (stratified by age), we had access to stir-fry stations, salad bars, and whatever else was offered that day. We also had a farm on campus that students could work on. Deciding to eat a salad instead of pasta every night was difficult at first, but I ultimately learned to eat healthier. Along with all the sports I played, I established healthy habits early on.

While I missed home more times than I can count my freshman year, I would never take back my experience at boarding school. Lots of people ask me if I would want my children to have a similar experience, and I wholeheartedly answer "yes" each time. Sure, calling your parents each night to tell them about your day is a difficult adjustment, but you get used to it. We went home between every trimester for at least 10 days, and during the Summer we were home for three months. Parents would visit often as well, and I found myself with proxy parents who lived closer to the school. I learned self-sufficiency but also when to ask for help when I needed it. The friendships I formed, the lessons I learned, and the mistakes I made were invaluable to my maturation.