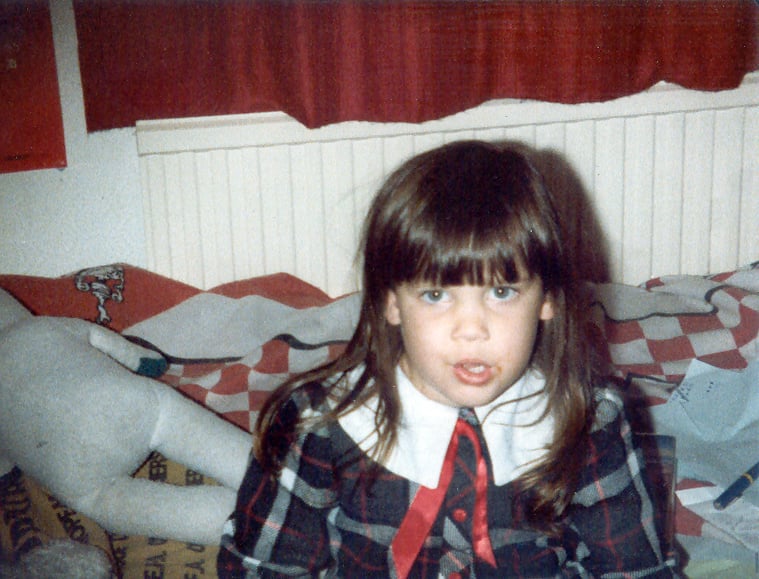 If you grew up in the '80s, you probably watched after-school specials, know who Woodsy the Owl is, owned gummy bracelets, wondered why Madonna was writhing on a gondola in Italy, and dreamed about being a mall singer like Tiffany and Debbie Gibson.

Of course now, you're a mom. Your days of Wigwams and hot-pink lipstick are over. Mostly. Instead, you're probably working or at home with a bunch of littles, hitting the gym, wearing yoga pants and not Wigwams, using lip balm if you're lucky or neutral lip shades rather than hot-pink lips and turquoise mascara, and most likely, you've listened to Justin Bieber or Frozen rather than "Like a Virgin" — sadly.

Here are just a few signs you are a parent made and born in the '80s!

Your Guilt Over Foods

You buy the organic brand of boxed mac 'n' cheese because you need something quick to make your kids but want it to be somewhat healthy. You buy "healthy" chips and snacks, presenting them to your kids even if they taste like cardboard. You then feel sort of terrible because let's face it: you most likely downed at least three dozen bottles of Cheese Whiz, the most processed crap known to mankind, and ate Doritos. Let's not forget the Ramen Pride you enjoyed on numerous occasions. You sort of feel like the flavor police and are so glad your kids don't have a window to your childhood goodies.

Justin Bieber Annoys You, but What About the "New Kids," Etc.?

If you have to see that face again — "The Bieber" — you might get sick, but your daughter loves him.
When you complain about "The Biebs," your partner reminds you of your once-strong lust for all the members of the New Kids on the Block, New Edition, or let's go way back here — Menudo.

Your Child's Lack of Interest in Hairdos

When your toddler, preschooler, or elementary student daughter refuses to let you brush or do their hair in the stubborn way that girls do sometimes, you get a little sad inside. You remember all that time you spent "feathering" and "stacking" your hair, using a teasing comb, and killing the environment with your Aqua Net hair spray.

You won't make her wear a banana clip, but her lack of hairdo-ed ness makes you feel strong pangs of nostalgia for hair mascara, scrunchies, and high hair!

Of course, you would never do that to your hair again!

When your child first sees a man in makeup, he or she seems surprised. Your kiddo will say the usual stuff like, "Boys don't wear makeup, Mommy," and you'll be thinking: "Of course they do. Especially if they're members of the bands Skid Row, Poison, Bon Jovi, or Warrant."

Instead of being surprised, you'll tell your kid it's no big deal and ask your kiddo to appreciate that everyone and anyone can wear makeup. While you're showing tolerance and love, you'll secretly be analyzing his eyeliner to be sure it's done just like Bret Michaels would have!

Your Teenager's Love of Hip-Hop

Your teenager loves hip-hop and even likes that whiny narcissist Kanye West. You get annoyed hearing the same songs over and over and over again, until suddenly you've got a great idea:

You hit Pandora to cue up Public Enemy and A Tribe Called Quest.

You know all the lyrics because back then, lyrics had substance and meaning. They were political and challenging.

Your teen catches you in the middle of "911 Is a Joke" or "Bonita Applebaum," and he sort of wonders what the heck is wrong with you.

And then tells you you're not cool. As if!

Just Go Down the Street

Your child is annoying you and so you want an hour or two to yourself, so you say, "Just go down the street and play with your friends," forgetting that these days, kids don't do that anymore and you feel bad that your kids don't have what you had. Instead, they FaceTime and hit the Xbox to play . . .

You lecture your kids to get off the tech tools and get outside and run. You enroll them in sports and take them running or jogging with you.

As a mom, you are the dictator of fitness, sports, and healthy habits.

As a kid, you are also the same person who hated Ronald Reagan's Presidential Fitness Challenge and dreaded the pull-ups and awful rope climb you had to do. You may have played sick on those days, and if you didn't play sick, you might have claimed that climbing a rope was against your political and religious values.

Monster High dolls look creepy to you. And have you seen the new Garfield? Yuck. He's ruining the old fat cat. The new Scooby Doo has Daphne running around in miniclothes. And can someone tell me what the purpose of Shopkins is? Other than driving parents crazy?

The Smurfs lived in mushrooms and had only one female character, and you collected charms for charm necklaces like they were going out of style. Still, our toys were better!

A Piece of Paper Dictated Your Romantic Future

Your tween texts about her crush with her friends and pontificates about him being her boyfriend, even though she's too young to have one. She talks about the "future" with him, and you laugh because you didn't have to worry about those things as a kid. When you tell her that and she asks why, you show her the game MASH, which predicted you would marry, have four kids, and live in a mansion.