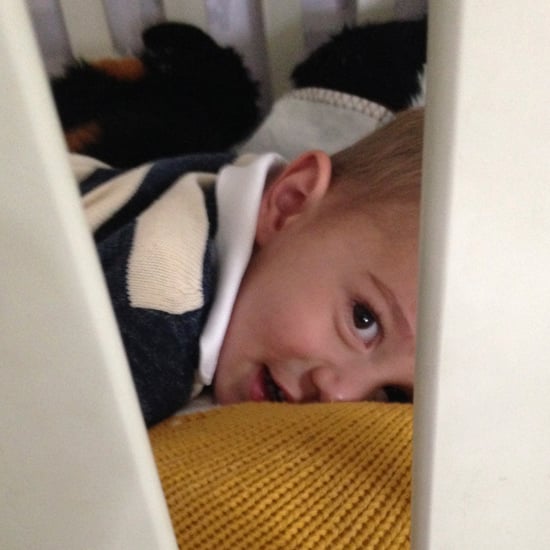 Our editorial team is the first to fess up about the inconsistencies in the parenting rules we write about and those we actually follow in our own homes, and for me, perhaps nowhere was this more true than in my doomed (and admittedly half-hearted) attempts to sleep train my son.

Let's begin from the beginning. Flashback about two and a half years. My husband and I (about seven months pregnant) were lounging on the beach, alternating between leisure reading and a few parenting books in an attempt to prepare ourselves for the road ahead. I recall, in no uncertain terms, his passing one such book to me, opened to a page about sleep training — why you should let your baby cry for a few minutes after he woke up at night, and how he'd eventually learn to soothe himself to sleep. "We should totally do that," I said, turning back to Vogue, as he nodded in agreement. There, we could check that decision made off our lists. Or so we thought.

Once the baby arrived (happy, healthy, and even a few days early), we fell into a steady(ish) routine that worked well for us. I more or less followed his lead and trusted my instincts. Brooks was super-alert, a great eater, and an OK-enough sleeper. For the first several weeks, I'd nurse him when he woke up (once or twice a night), and he'd fall back asleep soon after. Easy enough. Then we got the go-ahead from the pediatrician that he could skip his middle-of-the-night feeding and sleep (or at least try to sleep) straight through the night. And that's where it all went to hell.

From day one, our little boy was, and still is, full of curiosity, amusement, and an exceptional commitment to getting what he wants. His mom, on the other hand, has a willpower that can easily be broken with news of a great sample sale, a bag of cookies, or an invitation to do just about anything that sounds better than a trip to the gym. This made for a winning combination at 2 am, when he decided he wanted to be held, and I (obviously) gave right in.

Night in and night out, my husband or I would put Brooks to bed, and I'd wait with dread for those first whimpers to echo throughout the apartment. And when they did, I'd find projects for myself in the kitchen (the furthest room from the nursery), chat on the phone out on the patio, or turn up the TV. It didn't work.

Listening to my sweet boy cry was literally the only thing I'd been challenged with in the first months of parenthood that went against every instinct I had as a mother. Was it really so wrong of him to want to be held or rocked? Throughout the rest of the day, I fed him when he was hungry, walked with him when he needed some stimulation, put him in his sling when he needed to be close to me. I just couldn't handle the seemingly (and sometimes actually) endless sobbing. And so I didn't.

Brooks will be two next week, and for the most part, he now sleeps through the night in his own crib (though in his perfect world, he'd probably be in his parents' bed). I still cave every now and then if he gets up and seems especially out of whack, but for the most part, he's come to terms with what bedtime means. The moral of the story? Trust your instincts. Do what feels right for your baby, because if you're happy, they'll be happy too. I'd love to hear your adventures (in the form of success stories, or sympathy) in the sleep-training department, so share away! 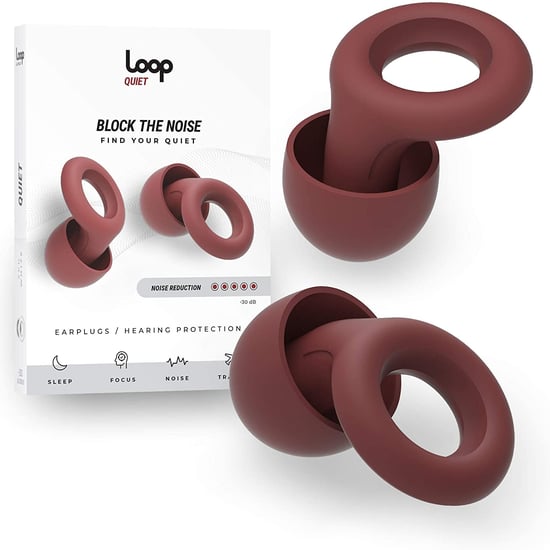 Healthy Living
Earplugs Are Our New Favorite Bedtime Accessory, and These Are the Best Ones
by Emily Weaver 22 hours ago

Nicki Minaj
Nicki Minaj's Adorable Son Is Everything She's Ever Wanted — Come Meet Him!
by Emily Weaver 6 days ago