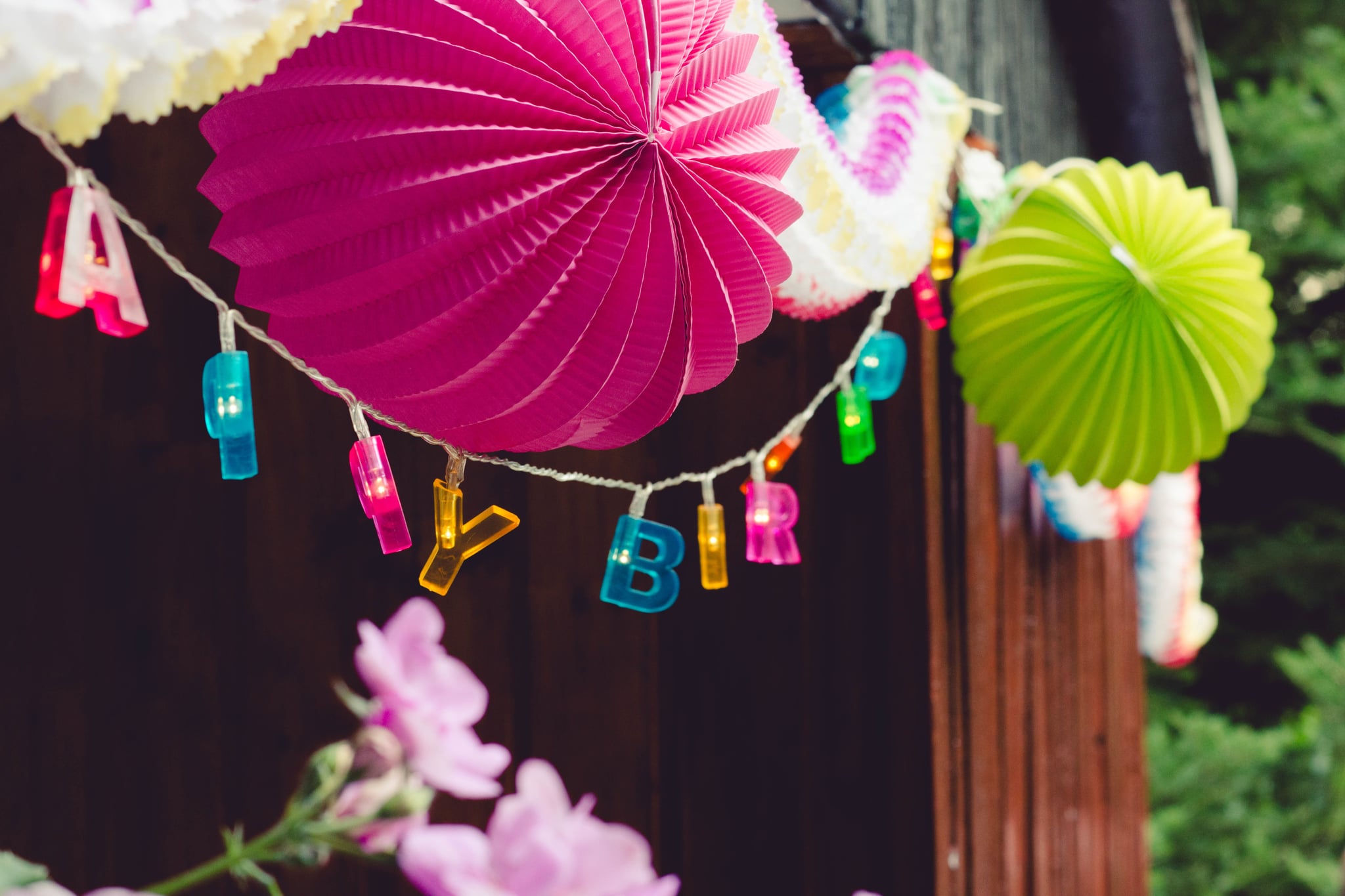 I am a planner. I love to plan vacations, day-long city adventures, and classy campfire meals. But planning my two daughters' birthday parties terrifies me. At some point, I realized they would remember their parties, just like I remember slipping in dog poop wearing a purple velvet dress playing tag when I turned 5, or eating Brown Cows (a creative name for root beer floats to increase the drink's appeal to the under-10 demographic) and pretzels when I turned 7 — I think my mother was dieting that year and couldn't motivate to bake a birthday cake.

Fueled by fear, and most likely a healthy dose of working-mother guilt, I overthought and overplanned two birthday parties a year. I created themed games, eco-friendly and age-appropriate crafts, bags of party favors, and baked cakes made from scratch for the non-discerning palates of elementary-school children. I knew to keep these parties to two hours. I could handle being in charge of a gaggle of children for 120 minutes, but I wasn't mentally prepared when my fourth-grader asked for a sleepover party. I girded myself hosting a group of girls for 15 hours.

The evening activities didn't cause me much concern; after all, you can always put on a movie to placate the kids. It was the sleeping hours and the early mornings I feared. As it turned out, my fears were justified. After ignoring late night girl giggle fests, something crashing in the kitchen woke me suddenly just before dawn. I flew downstairs fearing the worst, only to find a dainty blonde walking on my kitchen counters, opening the upper cabinets, searching for sugary cereal she was sure I had hidden up high. Little did she know, she was in the home of a health and fitness editor — my children had never tasted Frosted Flakes or Fruit Loops. The rest of the morning dragged, dragged, and dragged as I waited for the 9 a.m. pickup time.

When my second daughter hit fourth grade, she knew she was having a slumber party. Parity is my middle name. What the first born gets, so does the second — at least when it comes to birthday parties. As she hounded me about the sleepover, my increasing dread lead to some creative thinking and subtle manipulation. I encouraged my daughter to list out all her friends she wanted to invite, and I encouraged her to keep adding names until it included too many girls for our living room floor to accommodate. She did not want to cross any of the names off the list, so I offered my preplanned compromise. Let's have all the girls over and do everything as if it were a real sleepover party, but have all the guests leave at 10 p.m. As she contemplated this, I could see the gears turning in her mind. "We could call it sleep under," she said excitedly. She had christened the event, which meant I had total buy in. This time, I was actually excited to have a house full of 9- and 10-year-olds.

Related:
Splish Splash! Get Cake Inspiration For Your Next Pool Party From These Summery Themed Cakes

The 13 girls arrived by 5 p.m. They had a dance party (hello, Taylor Swift and more Taylor Swift), they ate breakfast for dinner (since there would be no breakfast), they had a pillow fight, and they watched a movie. Then the parents came, relieved their daughters would sleep in their own beds and not be cranky pants the next day.

Identity
After My Mom Got Shot, It Took Years For Me to Understand That I Was a Survivor, Too
by Jakoby Mitchell 13 hours ago