Keeping up with the latest social media is hard enough, but making sure your child is using it safely is an even more difficult task. Common Sense Media gives parents an easy-to-follow guide on the best ways to help your kid identify and avoid red flags. 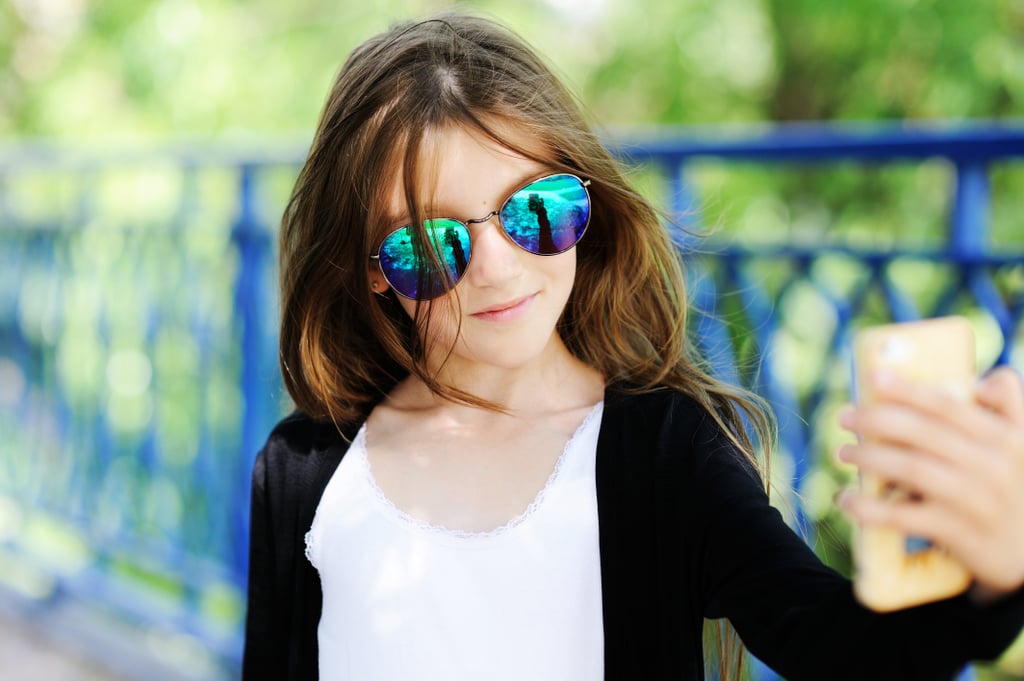 It can be hard to keep up with the latest apps that kids are using. Just when you've figured out how to talk to your kids about Facebook, they've moved on to Instagram or Snapchat. But here's the deal: even when new apps come along, adding new features such as the ability to disappear or track your location, they're often not that different from other apps. And if you know what to look for, you can help your kid avoid some common social media pitfalls such as drama, cyberbullying, and oversharing.

Does a red flag mean your kid shouldn't use a particular app? Not at all. Most kids use social media apps safely — and kids don't always use every feature of every app. Also, you can often disable certain features so they're no longer a problem. Finally, talking about using social media safely, responsibly, and respectfully is the best way to help your kid identify and avoid red flags. Here are the most common social media red flags, the apps they're found in, and tips for dealing with them.

Age-inappropriate content. Some examples: Ask.fm, Tumblr, Vine
Friends can share explicit stuff via messaging (for example, sexting), but the bigger concern is whether an app features a lot of user-generated content that isn't appropriate to your kid's age. Your teen may not even need to follow users who are posting explicit stuff to come across it.

Public default settings. Some examples: Instagram, Tumblr, Twitter, Vine, Ask.fm
Many apps allow a user to have a public or private profile, only shared with friends; however, some apps are public by default, which means that a kid's name, picture, and posts are available to everyone.

Location tracking and sharing. Some examples: Twitter, Facebook, Snapchat, Instagram, Messenger
Wherever you go, there you are — and your social media apps know it. Though you may only indicate a city or neighborhood in a profile, allowing location identification often means that you're tracked within a city block, and your posts may include your location.

Real-time video streaming. Some examples: YouNow, Periscope, Meerkat (Facebook soon)
Live streaming is just that — live — so it's very easy to share something you didn't mean to. Kids may use these apps in private (such as in their bedrooms) and inadvertently share personal information without knowing exactly who is watching. Though they may seem temporary, embarrassing or mean moments are easily captured and shared later.

Ads and in-app purchases. Some examples: Kik, Line, Snapchat, Facebook
Free apps have to get paid somehow, and many developers do it through advertising and providing purchase opportunities. Some track what you buy and show you targeted ads, and some even have targeted chats with businesses, which means your kid is invited into a chat with someone trying to sell a product.

"Temporary" pictures and videos. Some examples: Snapchat, Burn Note, Yik Yak, Line, Meerkat, Periscope, YouNow
Nothing shared between devices is truly temporary, even when an app builds its whole marketing around it. Compromising pictures and texts get kids in real trouble because they believe what they're sending is private and will disappear.

Subpar reporting tools. Some examples: Yik Yak, Snapchat, Omegle, Yeti — Campus Stories
Most apps have a system for reporting abuse or violations of the terms of use — but not all do. The level of moderation also varies widely. Some apps monitor posts or use automated filters to flag content.

Anonymity. Some examples: Yik Yak, Whisper, Ask.fm, Omegle
Anonymity doesn't always breed cruelty, but it often does. On anonymous sites, people feel that their comments are consequence-free — and end up hurting others. Also, though kids may feel safe enough to share sensitive or painful things they might not otherwise, they often don't get the necessary support or help — and may get attacked.

Cyberbullying. Some examples: Yik Yak, Ask.fm, Burnbook (only website right now)
Though many apps have improved their monitoring and reporting features, cyberbullying is still a reality. It can happen on any social media app, but some have a notorious mean streak. If an app allows anonymous posting and is used in schools, chances are some teens will abuse it.

Pregnancy
An OBGYN Shared Her Go-To Product For Curbing Morning Sickness, and It's $19 on Amazon
by Murphy Moroney 6 days ago