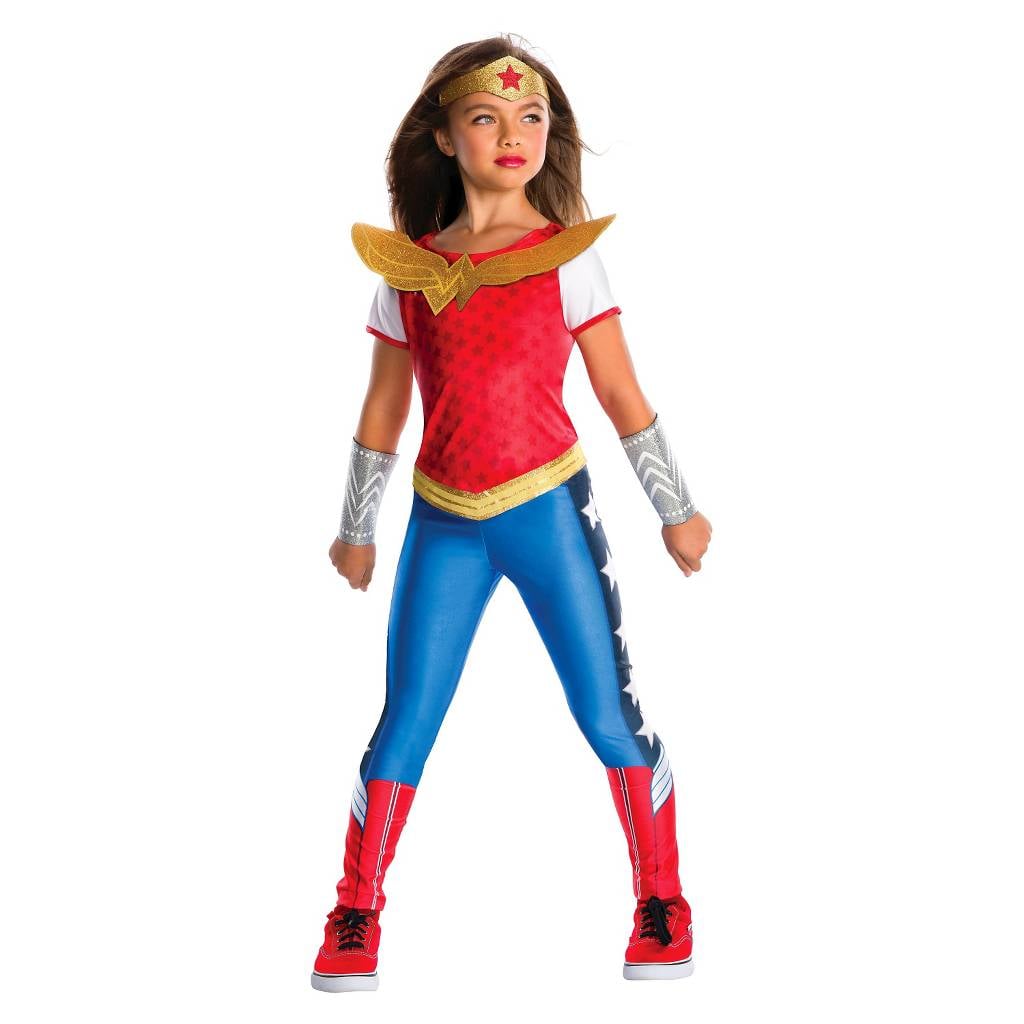 Where Are All the Girl-Power Costumes?

Last year, my then-4-year-old daughter pleasantly surprised me by announcing she wanted to be Wonder Woman for Halloween. It was curious because, one, I didn't even know she knew who Wonder Woman was, and two, I was pretty confident she would choose a princess. She already had a closet full of Disney princess dresses, she wore them all pretty much every day, and she was four — prime age for Disney-princess influence.

Delighted that my daughter was choosing to express her inner girl power over wearing tulle and sequins, I went straight to the internet to find the coolest Wonder Woman costume around, and I couldn't believe how difficult it was. Cheap, plastic, and polyester options abounded at the big box stores, and Etsy had plenty of Wonder Woman tutus (kind of defeating the purpose, I thought). Eventually I bought this overpriced concoction (including the $38 boots, sold separately, of course), only to realize it didn't come with a headband or cuffs. How can you be Wonder Woman without the freaking headband and cuffs!? I went to Etsy and bought these, bringing the grand total for my daughter's costume to just over $100. Why was it was hard (and so expensive) to turn my daughter into a superhero? Was it a conspiracy?

Yes, according to the media studies scholar Christopher Bell's awesome Ted Talk, which I happened upon recently.

According to Bell, who's also the father to a superhero-loving daughter, the lack of superhero merchandise, costumes, and toys marketed to girls is deliberate, harmful, and unfair to our kids, both girls and boys. Listen to his argument (you'll never look at Disney the same way again!), get inspired to fight the system that tells your kid she should only want to be a princess for Halloween, then go buy your daughter one of these awesome costumes.

Bring on the girl power!

Family Life
Why Are More Couples Choosing the DINK Lifestyle?
by Devan McGuinness 56 minutes ago

Pregnancy
Exactly What To Pack in a Hospital Bag, According to Experts (and Parents)
by Andi Breitowich 3 hours ago