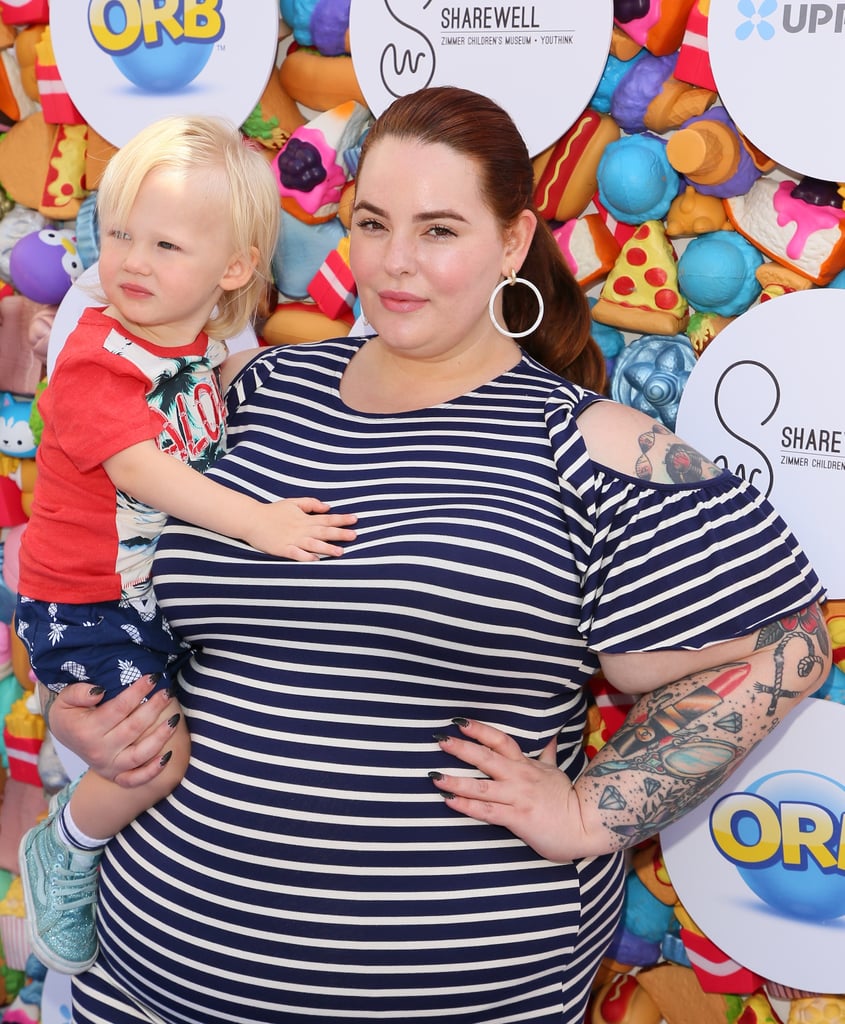 Despite her empowering social media messages and vibrant style, Tess Holliday was recently experiencing "the worst mental health state of her life." The 33-year-old curve model is on the cover of Cosmopolitan UK's October 2018 issue, in which she opened up about struggling with postpartum depression following the birth of her son, Bowie, now 2 years old.

Describing that period of her life, which lasted from January 2017 until the Spring of 2018, Tess said, "It felt like the water was boiling over and things were coming to the top again." She added, "I remember very vividly driving in the car with Bowie and I thought to myself, 'I wish I could just disappear. I wish I could vanish.'"

Though she's now on the other side of it, Tess lamented how her postpartum depression affected those around her. "It felt at that point like I was causing everyone around me so much pain," Tess said. "It felt like a never-ending black hole. I was so tired of hurting . . . I just didn't want to be here any more."

Tess has in the past been vocal about the pressures of parenthood. Last year, she shared a vulnerable Instagram post about reaching her limit in trying to juggle her career with raising two children (Tess has another son, Rylee, whom she had at 20). She wrote, "I hope one day that changes and society views mothers as the flawed human beings we are that are just trying to keep our sh*t together like everyone else."

Related:
Tess Holliday Has Some Advice For the Haters Who Vilified Her Booty Workouts
Previous Next Start Slideshow
ParentingTess HollidayCelebrity FamiliesPostpartum DepressionCelebrity Interviews

Celebrity Quotes
JoJo Siwa Has Never Been Happier Than She Is Living Her Truth: "I Am So Proud to Be Me"
by Grayson Gilcrease 3 days ago