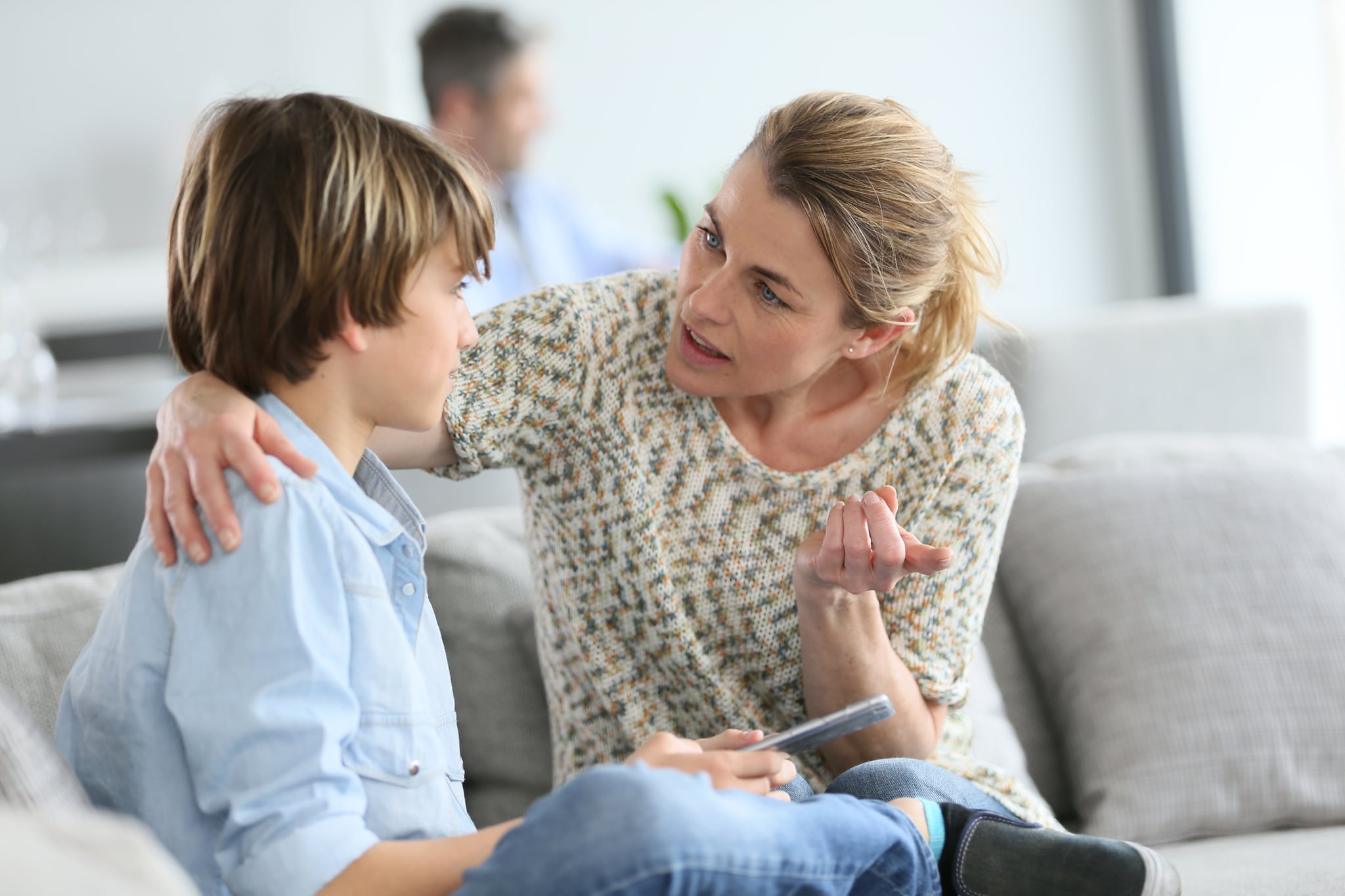 The Stanford rape case — in which a university athlete was charged with sexually assaulting an unconscious woman behind a dumpster — has made headlines globally, and as parents, it might be easy to categorize the events as "adult" in nature . . . a topic too sensitive to broach with our children.

Yet, the anonymous victim is someone's daughter, and the perpetrator — convicted on three felony counts — is someone's son. Although there's no easy way to determine if it was the way Brock Turner was raised that led him to believe it was OK to perform an egregious act of sexual assault, the cavalier remarks made by his parents call into question what we should be teaching our children — what values we should instill in them when it comes to sex, boundaries, and consent.

Rebecca Branstetter, a child and adolescent psychologist, believes this tragic event marks an opportunity for parents to educate their kids — at every age.

"Parents can often be uncomfortable bringing up topics such as sexuality and consent out of the blue, especially if their parents didn't ever talk to them about such topics," Branstetter tells POPSUGAR. "Parents do not have to wait until their children are old enough to be thinking about sex to bring up issues of consent, boundaries, and healthy sexuality."

So where does one begin? There is no minimum age limit when it comes to teaching these types of lessons, Branstetter says. Here's what she recommends you start teaching your kids at each key stage of their lives.

Even when your children are young, you can start to discuss their bodies. Branstetter's simplest advice to follow? "Use correct terminology when describing private parts," she recommends.

That includes you: "Ask your child for permission to clean their private parts and explain that you are asking permission because their bodies belong to them," Branstetter says. "If they say no to you cleaning their private parts for them, have them do it themselves. These are the seeds of learning about consent."

Those in grade school can handle somewhat more sophisticated concepts of consent, embedded in a larger discussion about respecting each other's bodies and body safety.

"Parents can talk with their children about keeping personal space, respecting when others do not want to be touched, and being comfortable telling others when they do not want to be touched," Branstetter notes. "For example, teach your child to ask if a friend wants a hug before giving one, and if the friend declines, give an alternative, such as a high five or waving goodbye."

You might think you are teaching your kids respect when mandating that they kiss their grandmother goodbye, but that's actually a bad message to send, and in the worst cases, it can leave them vulnerable to and more accepting of sexual abusers.

Branstetter maintains: "Don't force your kids to hug or kiss relatives. Rather, ask them how they would like to say hello or goodbye."

Another important concept to discuss is body safety. Instead of discussions about "good touch" and "bad touch," or "safe" or "unsafe" people, parents can talk about how we don't keep body secrets.

"This removes the burden of a child having to decide if someone is being inappropriate or not, which can go beyond their skills," Branstetter tells us. "Instead, teach them that if anyone ever asks them to keep a secret about touching their bodies or having them touch someone else's body, they should tell you right away and they will not be in trouble."

During these adolescent years, parents can broaden the discussion to concepts of sexuality and sex. Discussing changing bodies, crushes and sexual feelings, and ways to consent to or decline sex should be a part of the dialogue.

"Parents can also discuss how alcohol impairs people's decisions to consent or know if someone is consenting, but ultimately, actions under the influence of alcohol are not exempt from responsibility," Branstetter says. "Again, parents may not always feel comfortable with the discussion, but if they don't teach their kids, then chances are their friends and the media will, and the messages will be rife with misinformation."

In the wake of an insensitive letter released by Turner's father, many on social media called into the question the way boys like the "all-star swimmer" are raised today.

Although there's certainly a need for parents of boys to take particular note of the circumstances, Branstetter thinks the topic is imperative for all kids, regardless of gender. "The case highlights the equal importance of having a conversation about consent with boys as well as girls," she says.

Kids With Questions About the Case Itself

Most of Branstetter's recommended talking points approach sexual consent generally, but in some cases, it's important that parents consider addressing aspects of the Stanford case itself.

"The younger the child, the less specific details need to be given," Brainstetter advises. "Young children do not need to know all of the gory details, but adolescents, who have access to the internet, might already know the details and have specific questions."