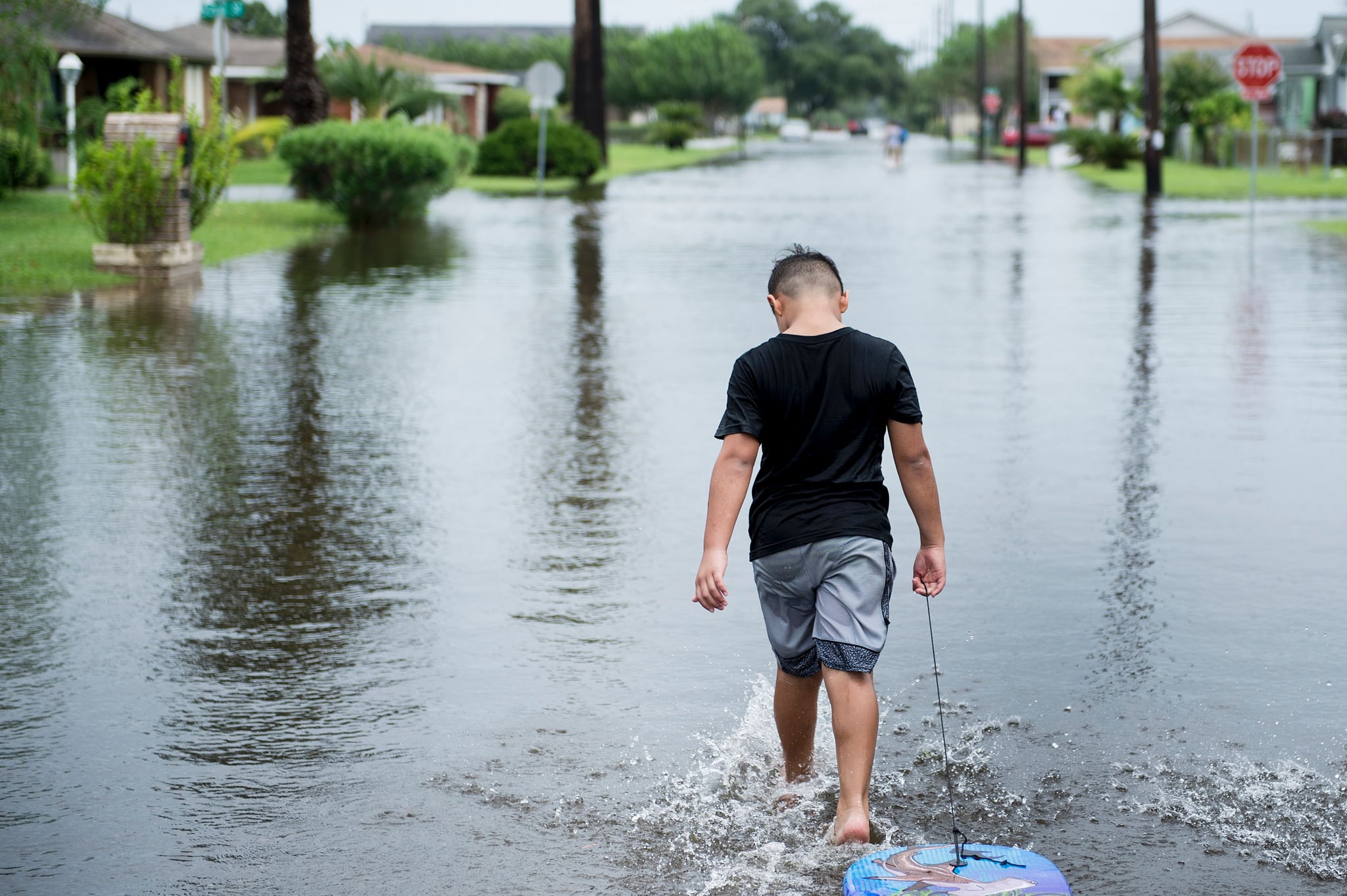 From the moment I heard about Hurricane Harvey, I began mulling over how to prepare the kids. I have lived in Houston, TX, for over 20 years, so this was not my first rodeo, but it was my first time as a parent having to face an inevitable natural disaster heading right toward my hometown.

The American Academy of Child and Adolescent Psychiatry (AACAP) recommends creating an open environment during natural disasters where children feel comfortable enough to ask questions and parents have the ability to provide reassurance with honesty and patience. But it seems like a Herculean effort to maintain honesty or even the façade of reassurance in front of your children when a minimum of nine trillion gallons of water is being unleashed onto you, and the event is being heralded as the most catastrophic rain event in the history of the United States.

As the initial shock of all the information being thrown at us began to wear off, we were on a mission to get supplies and prep the house. We were going to ride this one out. In the midst of the activities, the kids were mostly jubilant, finding excitement in school cancellations and the sudden lapse in their normal schedules. But as the storm got closer, nonstop tornado alerts went off through the nights and voluntary evacuations were being issued.

My boys, ages 9 and 4, began to notice the strain and sleepless nights that their parents were enduring and could no longer ignore the apprehension we were trying so hard to suppress for their sake. But kids are fascinating — on those moments when we really needed them to follow instructions and not ask questions, mine complied with uncharacteristic meekness. My husband and I tried to reassure them we were still safe and working hard to stay that way, and they had the keen intuition to know that things were serious enough to warrant a no-fuss response. One night, with the tornado warnings coming in rapid succession, I cajoled them to sleep in a sheltered closet, because my nerves were beyond wrecked. They didn't complain. 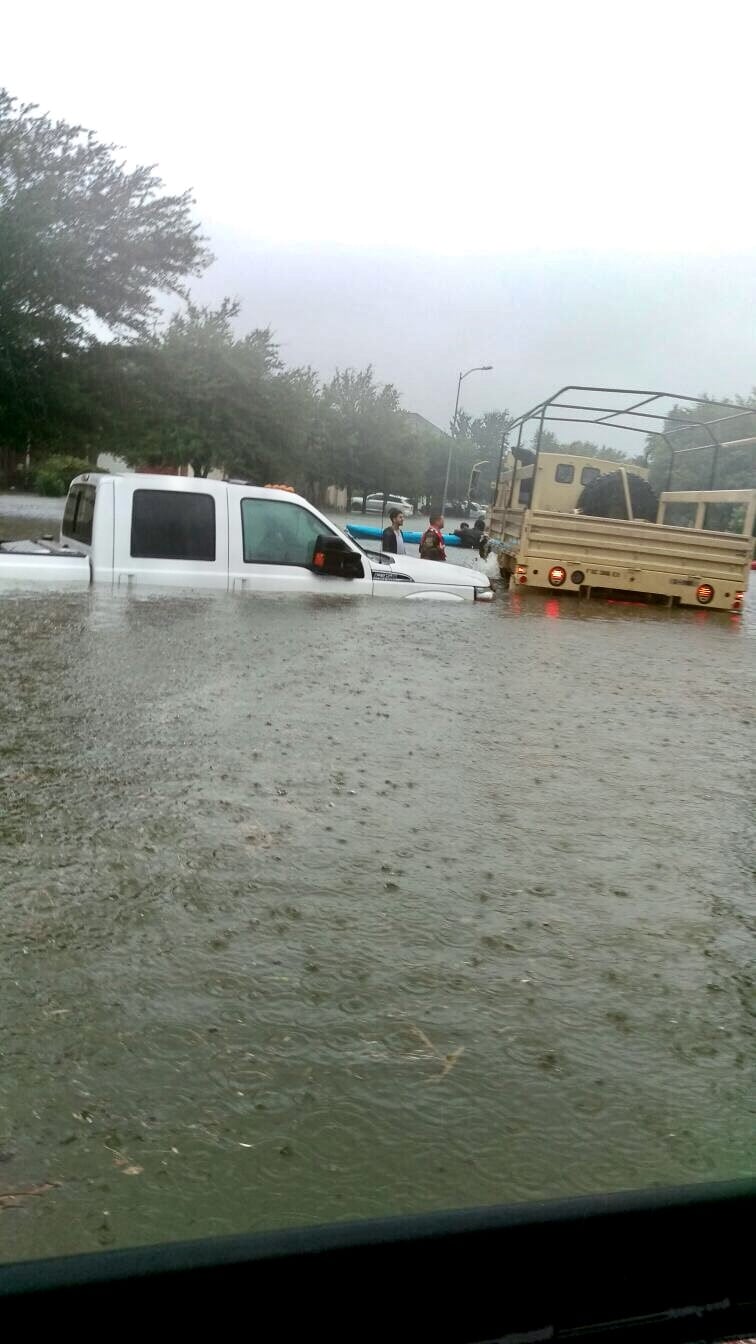 As we faced voluntary evacuation orders and terrifying predictions about whether our levy would be able to protect our home from the Brazos River flood, my husband and I had to stray away from our initial plan of "hunkering down" and riding out the bad weather. As parents, we knew our set of responsibilities were different than before, and we did not want to risk getting trapped in high waters or a contaminated house full of standing rain.

As we packed our belongings at breakneck speed, the boys naturally became agitated and scared. We had to frame the evacuation like another adventure we were embarking on and tried to hide the fact that we were terrified of venturing out in the hazardous road conditions. Kids are pretty resilient, and their spirits rise so easily when they see the grown-ups in charge behaving with practiced ease.

Once we packed up the house and all our belongings, evacuating in the middle of a torrential downpour was an experience on its own. I had anticipated deteriorated driving conditions and stocked up the car with snacks, movies on the iPad, and comforters so that they boys would feel as cozy (read: distracted) as possible. That worked beautifully for my 4-year-old, who zonked out within minutes of getting in the car, while my 9-year-old remained fully distracted listening to the iPad with his headphones on. But as we tried to make our way out of the evacuation zone and towards a friend's home 20 miles away, we were stopped repeatedly by police officers commanding us to turn around. The roads were just not safe. It was frightening and bewildering.

No one could tell us exactly how to get out of town even though we were told to evacuate. It was nothing short of a small blessing that the kids did not witness the ultimate face of authority (police officers) looking as frightened as the rest of us. Stressful hours went by as we drove blindly, trying to find new routes and coming upon nothing but flooded roads.

With a sinking feeling of fear in our guts, we realized we had to head back home before that option closed up for us, too. We passed neighborhoods that looked like war-torn areas with folks disguised as zombies, drenched to the bones and clutching black garage bags of everything they could escape with.

We eventually made it to a friend's house, which was out of the evacuation zone, but just a few miles away from our house. We met another family there who had been rescued by boat and had to evacuate with relatively no notice. After my kids had met everyone and settled down for the long haul, I explained to them how lucky we all were and shared the new friends' escape experience.

I showed them pictures and explained that even though their experience had been distressing, they were fortunate. I told them we were all facing an exceptional event, and anyone that was dry and safe from rising waters in Houston was considered lucky. Though they both seemed to be in solemn agreement that we were indeed very lucky, my children's perspectives have wavered considerably over the past 48 hours away from home. 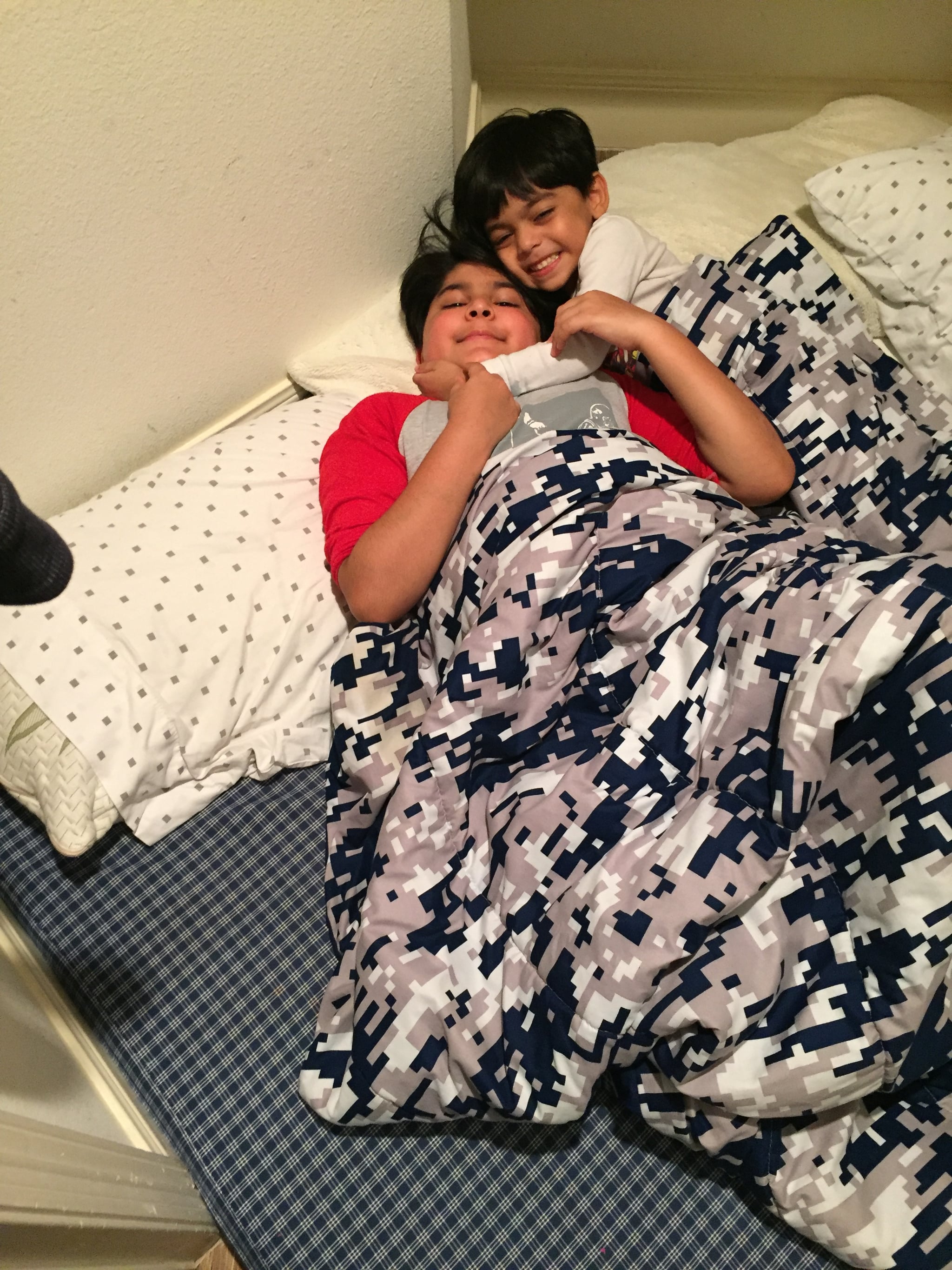 They are bored, cranky, and ready to return to our house. I have snapped at them, run out of patience, and waved my fist in the air threateningly at the continuous rainfall that still plagues much of Houston. But it is, in the end, all OK. Sometimes, with kids, you have put on your rose-tinted glasses and try to understand their frustrations while allowing them (and yourself!) to wallow in self-pity for small periods of time. And then, try to get them to shake it off and watch Boss Baby for the fifth time in the past 48 hours. This will eventually pass, and if I can cultivate enough good memories even while in a disaster zone, the boys will look back at the long slumber party we once had with 15 people and recall that all we did was eat, laugh, and sit around talking about the weather. 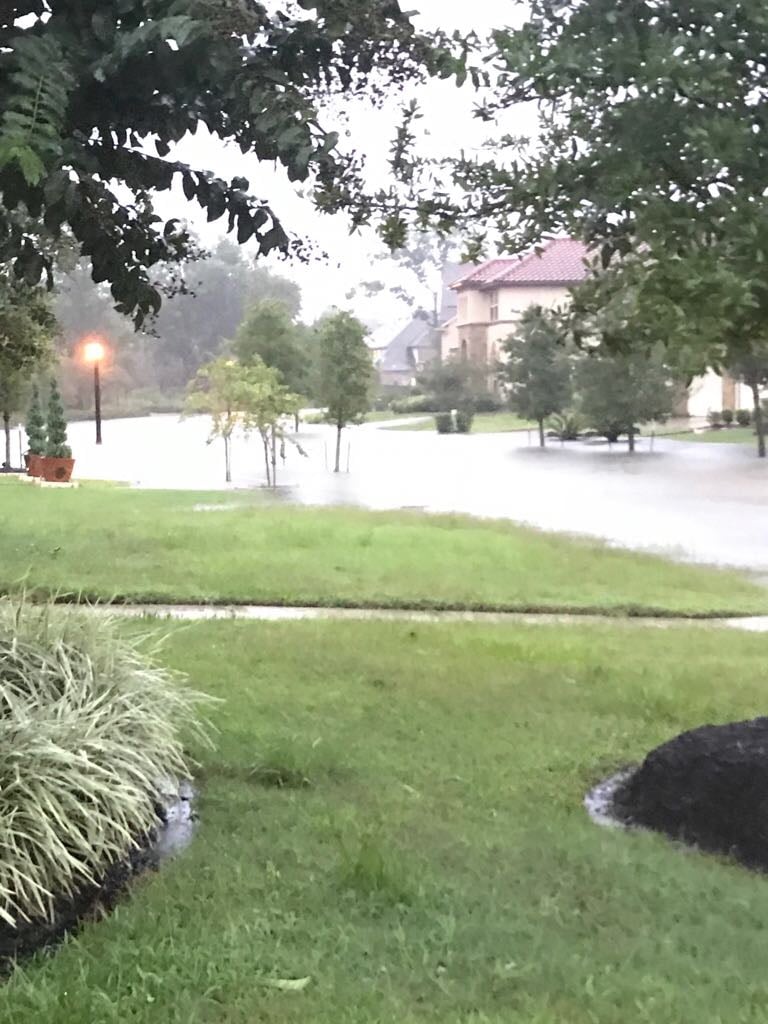