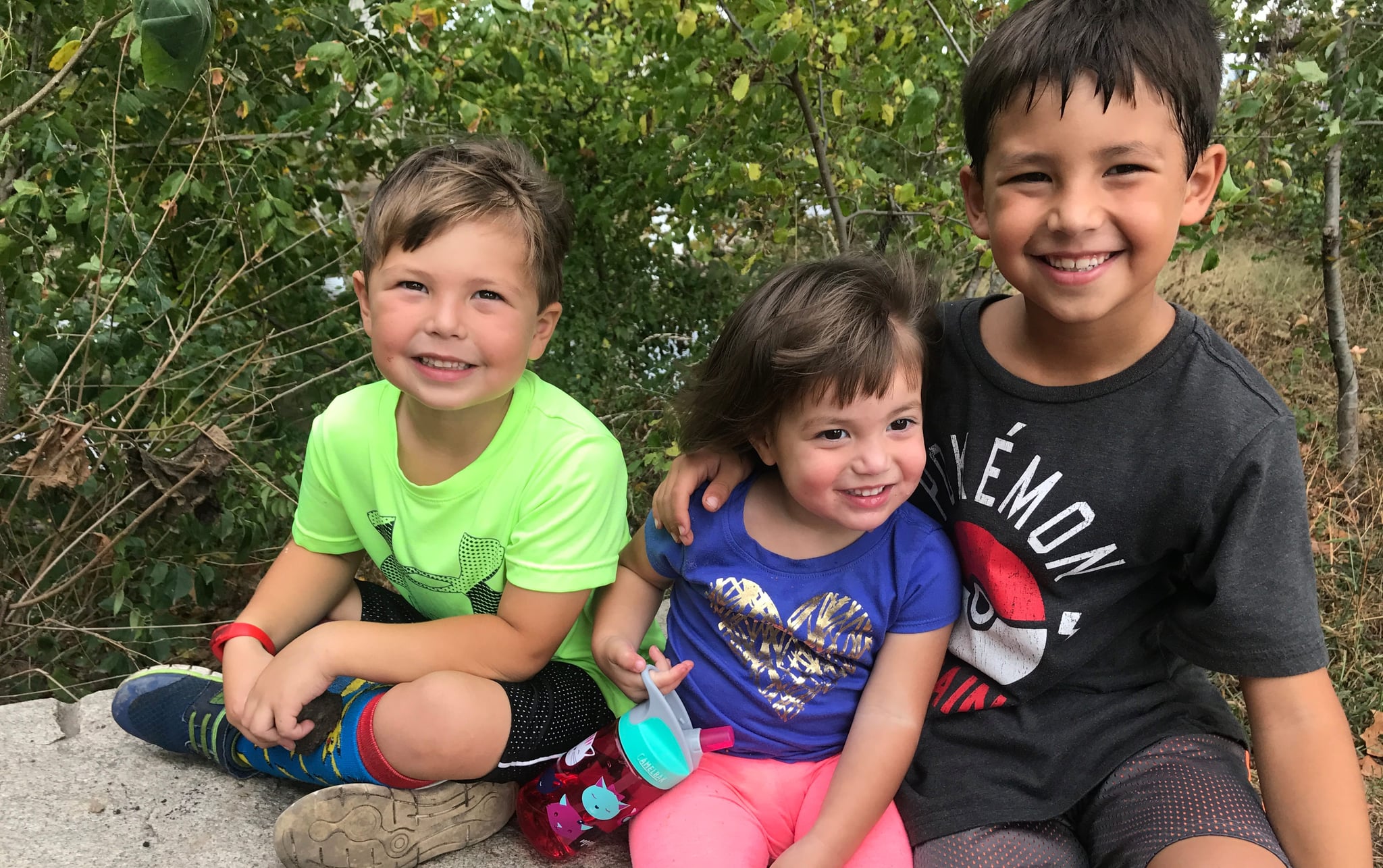 We had two boys, so when we were pregnant with our third kid, we just assumed it would be another boy. Everyone wanted us to have a girl, but there was something cool about having three boys. And the practical side of me loved that I wouldn't have to buy anything new.

So when Lucy arrived, we swapped out our blue bedding, got a pink football, and tried to figure out how to put a bow in her hair. But third kids are forced to hop in line, so we didn't go out of our way to get her anything traditionally girlie. As a baby, she was happy to play with the boys' toy dinosaurs while she lay on her blue blanket and drank from a blue sippy cup. She pulled out every bow we tried to put in her hair, and we stayed away from dresses because they seemed to get in her way when she tried to crawl. Everyone said she was going to be tough because she had two older brothers. Things were going pretty much as we had anticipated.

Related:
I Never Knew How Much I Wanted a Girl — Until I Finally Got One

We thought we were doing fairly well until she recently hit 18 months and found her personality. I knew I was in trouble when I tried to give her a rocket at the pool and she grabbed another girl's mermaid. That was when I started to realize the power of nature over nurture.

When our boys were little, it would drive me crazy when people told me they were "all boy" — but that's exactly what they are. They watch and play sports, they tell poop jokes, they turn EVERY object into a gun — they won't even wear a pink polo shirt. When your brain has been trained to pick blue over pink, you don't just change overnight.

But now I feel like I'm watching the world without a filter. When Lucy watches Mickey Mouse Clubhouse, all she sees is Minnie. What? I've invested so much time in Mickey all these years, I never really noticed Minnie as anything more than a funny sidekick. When I put my daughter in a dress, she actually looks in the mirror and gasps that she looks "pretty." The other day she even let me put a bow in her hair.

Related:
The Unexpected Reason I Wanted a Baby Girl

So it turns out, kids intrinsically know what they are. All this time we thought we might have been pushing our boys toward what WE liked, but maybe they had a little more say than we thought. I myself am not particularly girlie, but Lucy has been just that right out of the gate. It's not that she won't wrestle with the boys — she would just rather do it in a very impractical pink tutu skirt.

So the other day, after a lifetime of using blue sippy cups, I bought Lucy her first pink water bottle. You should have seen her face. It was like she was relieved we finally understood her.

You should have seen her face. It was like she was relieved we finally understood her.

Even though we have raised all of our kids the exact same way — it's not like we a tried a new parenting routine because she was a girl — I'm now starting to take the time to let her lead me a bit. When I let her make the decisions, it's showing me that she'll pick the shiny pink glitter boots over navy Mary Janes any day of the week. And let's be honest, who wouldn't?

The unexpected meshing of blue and pink has been a great source of growth for our entire family. It's showed us that we have lived these past six years so focused on being boy-centric that we weren't even noticing that some doughnuts in the store have pink frosting or that there are Disney Princess Legos right next to the Star Wars Legos or even that we should pay attention to the cheerleaders at a football game. Who knew? It's a whole new world for us out there.

These are all small changes, but it's way more fun seeing the world through rose-colored glasses.