I have always posted photos of my kids on social media — honestly, it wasn't so much a decision as it was an inevitability. Social media was a major part of my millennial life, and that wasn't going to just disappear once I gave birth, an occasion that I announced with an Instagram post and the baby's new hashtag.

Years have gone by since becoming a mom, and it's still the best way for our family and extended circle of friends to keep up with our lives, whether I'm posting family snapshots from Easter or hashtagging photos for whatever national sibling day is happening that week. With few exceptions, I've made my family an open-yet-filtered book, and I'm not alone. Most parents will post roughly 1,500 photos of their child before their fifth birthday.

Most parents will post roughly 1,500 photos of their child before their fifth birthday.

And although I still have no plans to stop sharing entirely, a new campaign has certainly made me take stock of what my limits are as they pertain to my children — of what lines shouldn't be crossed and what photos shouldn't be posted. The Child Rescue Coalition recently launched a Kids For Privacy initiative to remind parents just like me that what might seem benign and harmless might have serious, devastating consequences.

Related:
5 Photos of Your Kids That You Shouldn't Post to Social Media

From funny potty-training candids to playful bathtub shots to even the most innocent snaps of a naked baby bottom, these photos — especially when posted alongside easily searched hashtags (#pottytraining, #bathtime, and #nakedkids top the list) — are overexposing kids and making them vulnerable to pedophiles and sex offenders who actively target photos of kids in states of undress. Our lax approach to online privacy settings certainly doesn't help either. According to the coalition, 89 percent of parents haven't checked them in more than a year.

With that in mind, Kids For Privacy is asking parents to think twice before posting those photos.

Going one step further, they're also asking that parents take over the top 100 hashtags that exploit kids by uploading photos of homemade "Privacy Please" signs that reclaim their child's rights online.

While this campaign video legitimately frightened me and doled out a healthy dose of "mom guilt" as I scrolled through my own feed to see if I'd unknowingly put my own kids at risk, it's something that I think every parent with an internet connection needs to watch. After all, it's our kid, but it's their privacy.

Personal Essay
Write This Down: Body Hair Can Be Sexy
by Isabel Corp 2 days ago

Workouts
Years After Getting My Dance Degree, I Found Myself Craving a Different Barre — This Is My Review
by Angelica Wilson 4 days ago 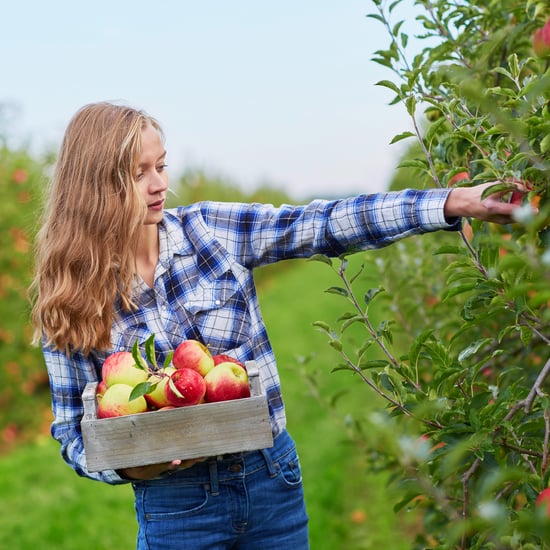