Blogger and dad Doyin Richards of Daddy Doin' Work discusses his reservations about having daughters and how it has made him a better person. 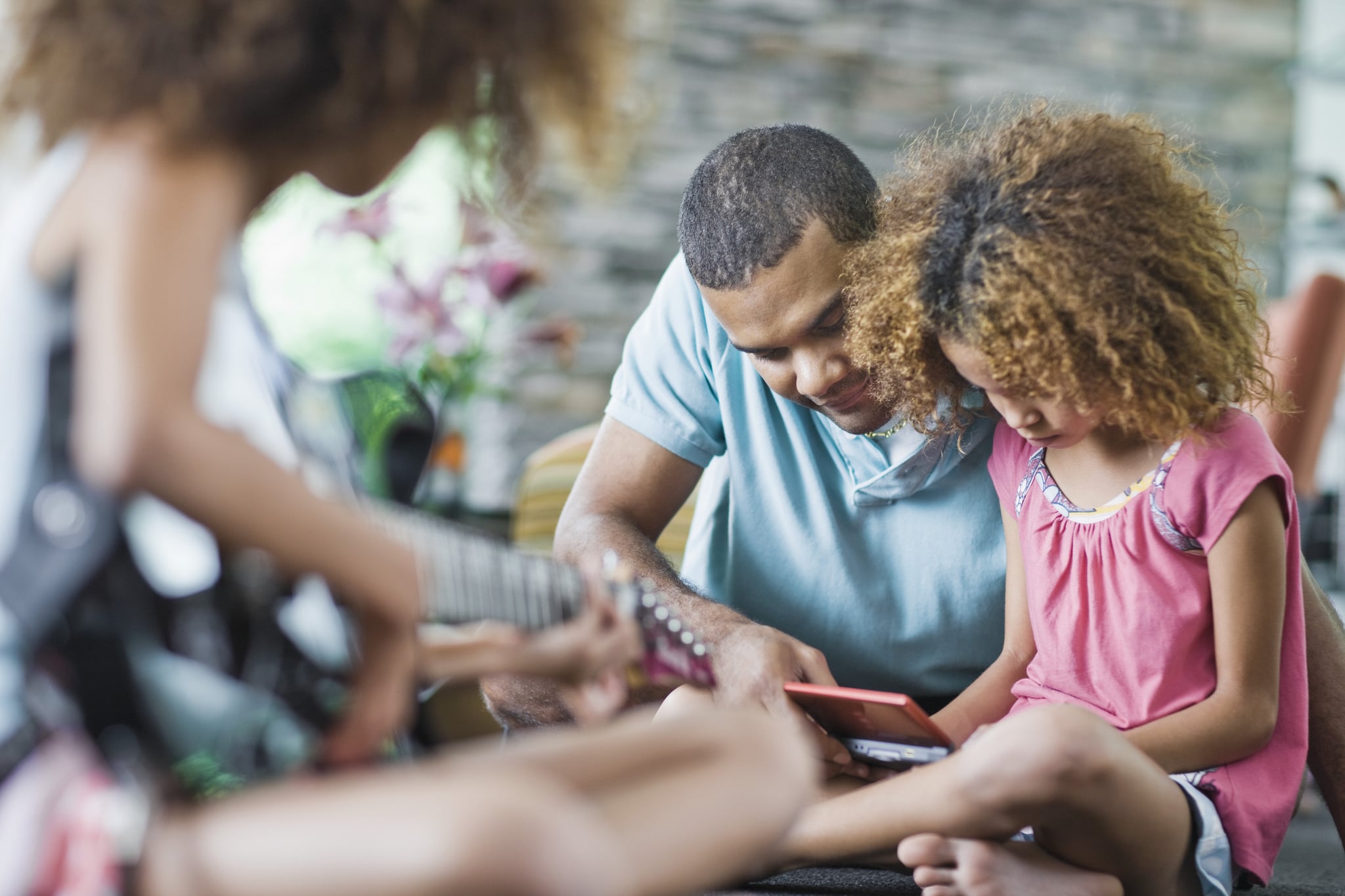 Recently one of my readers asked me if I wish I had boys instead of girls. Of course, the answer is an emphatic "NO" — but did I always feel that way? I'd be lying if I said yes.

When my wife showed me the positive pregnancy test for our first baby in 2009, I blurted out, "Awesome! I just hope it's a boy!"

I figured that, if I had a son, I could teach him how to play basketball, throw a punch, and play in the dirt. With a girl, I'd be stuck playing dress up and other "girlie crap."

After a few weeks of "I want a boy so badly" talk, our world came crashing down. If you've followed my blog closely, you'll remember that our first pregnancy didn't end well, and it was pretty devastating for us. After months of grieving, I realized that the only thing I ever wanted was to be a dad — not just a dad to a little boy. I cursed myself for being so stupid and immature, and I prayed for redemption — which I fortunately achieved. As the story goes, we got pregnant again in 2010, and there was no "I hope it's a boy" nonsense. As a matter of fact, tears of joy streamed down my face when the doctor told us that we were having a little girl. Since January 2011, my oldest daughter introduced me to a brand of love that I never knew existed. Additionally, I truly believe that having two little girls has transformed me into a better, stronger, and smarter man than I would've been without them.

Here are some reasons why:

I realize that everything I could do with a boy I can do with my daughters (i.e., play basketball, teach them how to throw a punch, and play in the dirt). Yes, I know that's a big fat "duh" for many of you, but I'm a recovering knucklehead with minimal relapses, so please humor me. And yes, I'm going to teach them much more than those three things — but I promise you that I will teach them those three things.

I realize that my daughters will use me as a benchmark for how men should behave. Again, that's not really earth-shattering stuff, since every dad is the primary male role model for his children. Unfortunately there are some dads who view their job titles as who they are instead of what they do. They're accountants, vice presidents, CEOs, construction workers, etc., but they never describe themselves as dads and husbands first. Those same men are the ones who feel that their responsibilities to the family ends once they walk through the front door. They're not changing diapers, they're not reading bedtime stories, they're not giving baths, they're not cooking dinner, and they're not doing anything that doesn't include sitting on their asses watching ESPN or surfing the Internet while their spouses do it all (even if said spouses did those tasks all day as stay-at-home moms or if they worked full-time office jobs). In other words, they're just living, breathing ATM machines.

The best dads I know (and I know plenty of them) view their day job titles as what they do, but their jobs never become who they are. They are dads and husbands first and foremost. When I worked a full-time job in corporate America, I remembered that after a day of sitting in on conference calls, attending project meetings, and hitting aggressive deadlines, the only thing I wanted to do was rest when I get home. Then I thought about my daughters. I'll be damned if they look at me and think, "Daddy doesn't cook, give us baths, read bedtime stories, or change our diapers. He just sits around while Mommy does everything. Maybe that's how all men should act and that's what I should expect from a future husband." I do all of those things when I get home because that's what a dad and a husband is supposed to do.

Please know that I'm not a robot. Oftentimes I feel like grunting myself into unconsciousness after reading The Cat in the Hat for the ninth time in a row, or sometimes I'm so tired, I'll mess up a batch of chili so badly that it could fertilize your front lawn. But I do it anyway, because I want my baby girls to expect their daddy to be actively involved — always. Eventually when they become older and go to college, I'll be wishing for those days when my daughters sat on my lap to read books. I take the responsibility of being the primary male role model for my kids very seriously.

I realize that being "girlie" is just a myth. What does that mean, anyway? Would my kid be less girlie if she dressed up as Spider-Man for Halloween instead of a princess? (And that's exactly what she did, by the way.) Would she be less girlie if she wanted to tackle little boys on the football field instead of taking ballet classes? Not to me. That would be like saying a dude who can bench press 250 pounds is more manly than a guy who sings songs to his kids before bed. I've learned that being a girl can be whatever the hell a girl wants it to be, and I will never limit them when it comes to that. Additionally, I want to introduce my daughters to other women who are crushing it in male-dominated fields (executive leadership, sports journalism/broadcasting, coding, law enforcement, etc.) so they'll understand that it's possible to do anything that their little hearts desire.

I realize that being loud is a good thing. And by loud, I mean believing in something so deeply that they'll shout from the rooftops about it without worrying about what haters, naysayers, and other clowns have to say about them. In a world where women are still fighting for equality, I want my girls to speak up in the living room, classroom, and boardroom in order to be heard. Forget the foolishness about being viewed as "pushy," "bossy," or "b*tchy" for having an opinion or for taking a stance. Closed mouths don't get fed.

I realize that I'm built for raising girls in today's society, or at least I think I am. And let's be real — girls have to deal with a lot of challenging things today. Pressure to be liked by others, pressure to have sex, body image, mean girls, teen pregnancy, rape, etc. I'm sure I missed some, but I'm getting depressed listing them out. I can't protect them from all of the ills of society, but I can ensure that they'll have the confidence and smarts (both book smarts and street smarts) to thrive in this crazy world we live in. Just like I'm fighting for dads to get a seat at the table when it comes to parenting issues, I want women to have a seat at the table when it comes to issues that impact them — and not just for my daughters, but for your daughters, too . . .

In closing — yes, I'm sure I'd be just as happy if I had boys instead of girls — but there's something special about the bond between a dad and his daughters that cannot be explained, and I wouldn't change that bond for anything.

Now if you'll excuse me, the mall has a half-price sale on toddler jeggings.