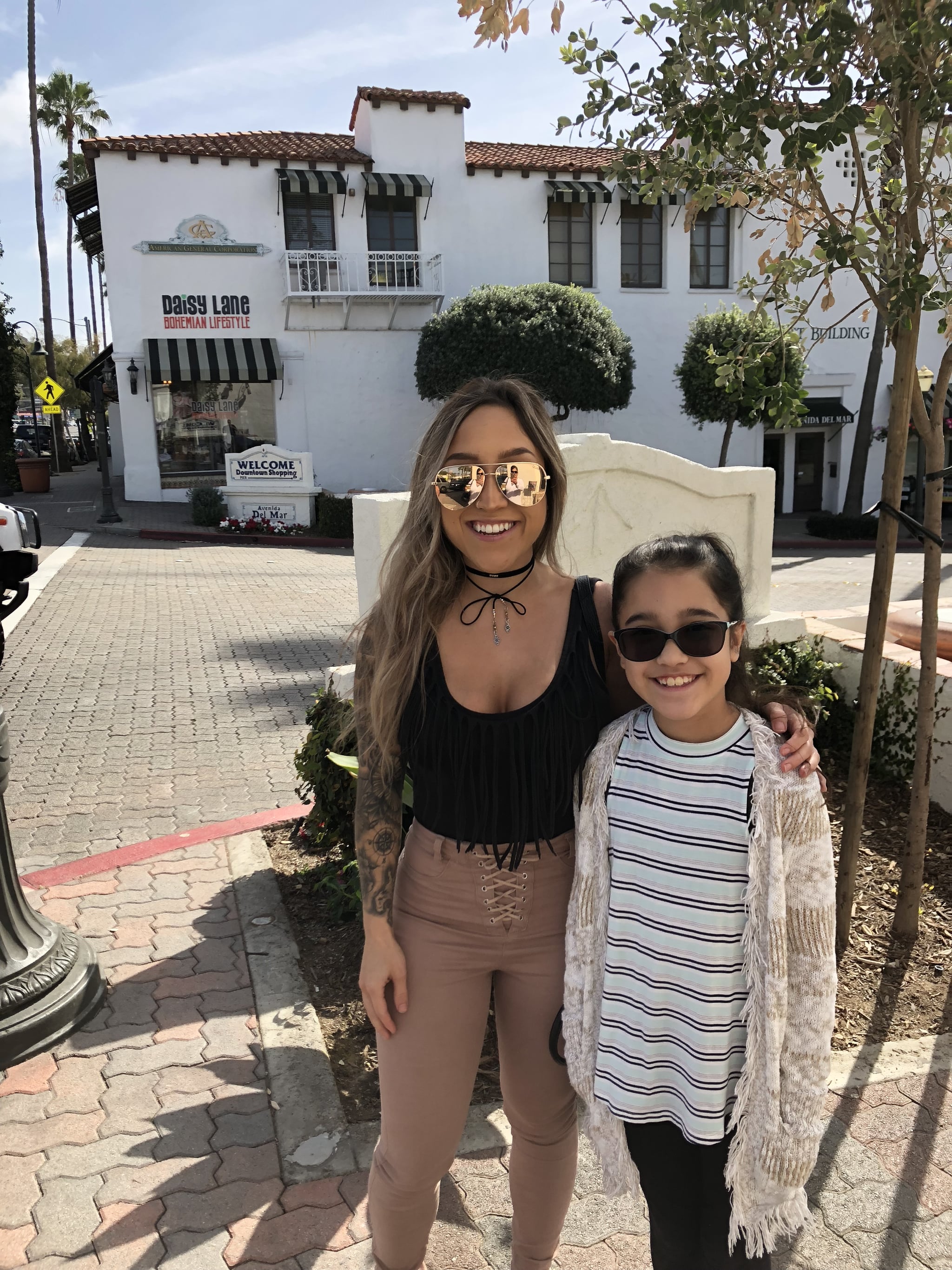 One of my favorite reactions people give me is the look on their face when I tell them I have a daughter . . . who is almost 10! I'll be 27 soon, and if you did the math, I was just 16 when I had her. My daughter was born almost a decade ago, and it blows my mind to think that's almost half the time I've been alive.

I was pregnant before many social media and digital platforms existed, shows like 16 & Pregnant and Teen Mom weren't a thing, and it certainly wasn't as acceptable to be pregnant in public without people pointing and staring. As my belly grew, I became known as "the pregnant girl" in my hometown. Eventually, my cheerleading skirt no longer fit, and that theme seemed to carry over into other parts of my life — my relationships no longer fit me either . . . or rather, I no longer fit into them.

Related:
How to Talk to Your Daughter About Body Image

My then-boyfriend, who is also my daughter's dad, quickly became distant and soon was completely disconnected from myself and our baby. He never attended doctors appointments or even knew when I was due. He spread rumors around the school that the baby I was carrying didn't belong to him, and he refused to support me in any way to our friends and peers. I spent a majority of my lunch periods crying in my car by myself or just leaving campus altogether. Over time, my daughter's dad escalated from being verbally and mentally abusive to being physically abusive during my pregnancy, which eventually resulted in him going to jail. From that moment on, my parents and I made the decision to triparent, and we haven't spoken to him since. It's been close to 10 years.

Since being a pregnant teenager back in 2007-2008 was completely taboo and unacceptable, my high school began looking for excuses to send me to an "alternative learning center" — aka the school for dropouts, juvenile delinquents, and apparently teenage mothers. They said they were "worried" about my medical needs because they feared that climbing the stairs at school would put myself or my baby in distress. When concerns over my medical safety didn't quite pan out, they tried saying they "feared" the large crowds of students would knock me over or bump into my belly. Finally, after several attempts at getting me to leave my high school, they offered for me to use my AP and honors credits toward my diploma. I would graduate high school early at the age of 16, and I accepted.

Time went on and my growing belly soon turned into a growing baby. I graduated high school, went to college, and moved far away from my hometown. Babies grow as they tend to do, but I grew up as well. I was longer the pregnant teenager, but now a young woman. According to statistics, I should have a minimum of two children right now, be living in poverty, and have minimal education, and my child should be at greater risk for incarceration, teenage parenthood, and low socioeconomic classification factors. I have spent every single day of my life fighting these statistics.

I have one child. I have a college degree. I do not live in poverty. I have never been incarcerated. I do not experience abnormal financial hardship. I will do everything in my power to make sure my daughter does not fall into those statistics either. Every day, I remind myself of what people thought I would be and compare it to where I am today.

Related:
She's Beautiful, Is She Yours?

Once a week, I make the 60-mile trip down memory lane and go back to my hometown. It never fails — I'll have an awkward run-in with someone from my childhood with an opening that goes something like, "Aren't you the girl who got pregnant in high school?" or "It must be crazy being a teen mom." What I want to say is: "Well, hello, my name is Anessa, and I'm not a teen mom anymore, but I AM a mother." I've had so many accomplishments since high school, which was almost 10 years ago, and still I find that people who knew me then, some of whom are mothers themselves now, still think of me as a teen mom.