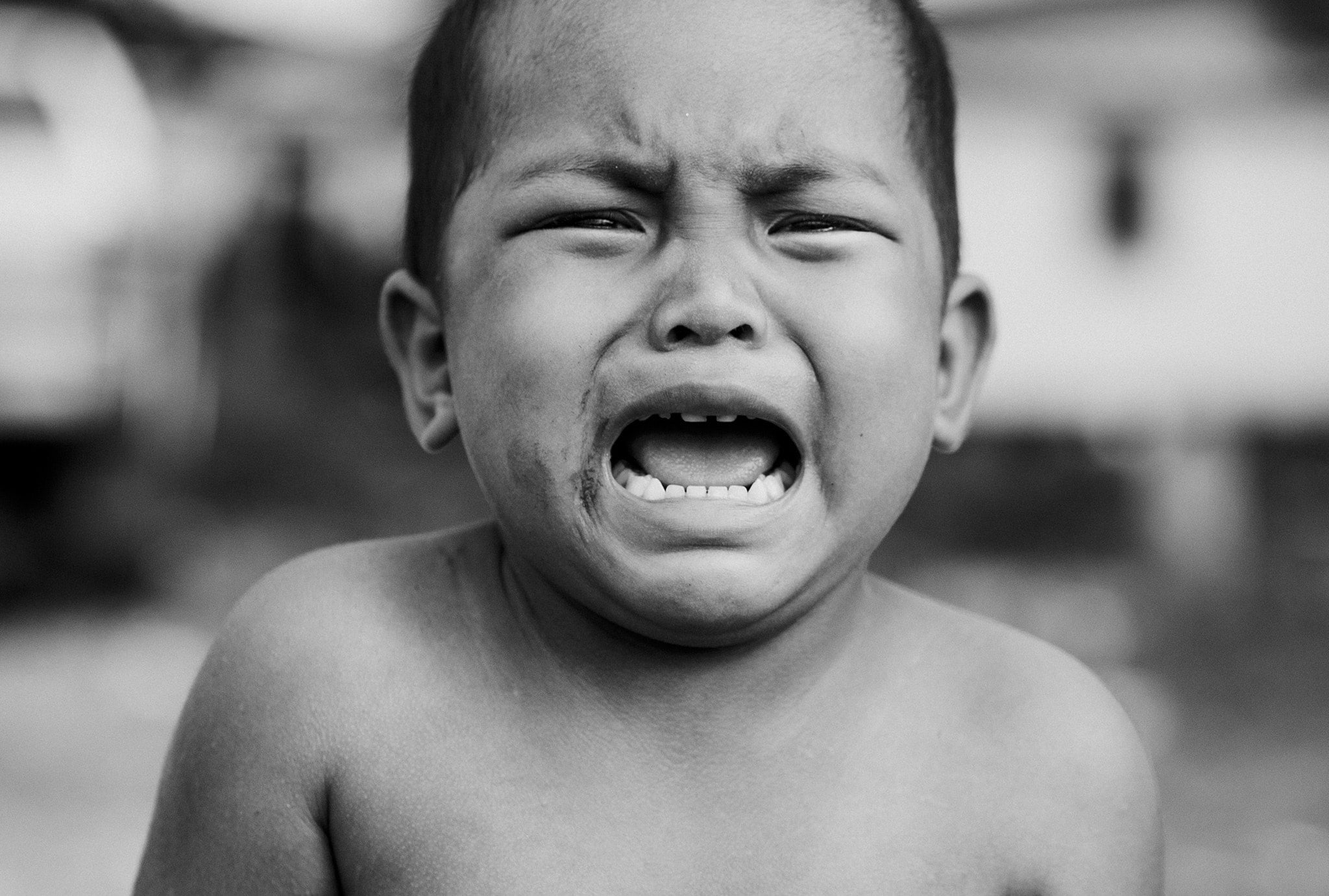 It's Monday morning and I'm on my way out the door headed for work. My son is happily playing with his grandmother. Could this be the morning? Will he actually be upset when I go? No, he won't even stop playing long enough to tell me goodbye. My mother begs him to give me a hug. He finally complies. I try to shrug it off and head for the driveway.

My son didn't seem to miss me when I left — not even the tiniest little bit. To make it worse, he cried inconsolably when his grandma left. Every. Single. Time.

I know I shouldn't be upset. I should feel grateful that he's so happy that my departure doesn't even faze him. However, I can't shake the feeling of hurt. Does he realize how much I've had to bargain to spend time with him away from work? I put my job and career on the line more than once so I wouldn't miss these crucial years. I know he won't be little for long. He'll be in school shortly. Then he'll become consumed with his friends and there will be little time for mom. I've heard the same advice from numerous parents: Cherish the time when they're babies and toddlers. It's rough, but you'll miss their sweet innocence later on.

Related:
9 Things I Would Do For Mom Employees If I Were a Boss

So, I heeded the advice. I took my full maternity leave, even though most of it was unpaid and left us scrambling for money. I bargained with my boss to work two days a week from home. I wanted to be there for this kid. We were going to bond.

Only my son didn't seem to miss me when I left — not even the tiniest little bit. To make it worse, he cried inconsolably when his grandma left. Every. Single. Time. Didn't he realize mommy was home from work now? Didn't he notice I wasn't around the entire day?

Maybe I don't really wish for my son to bawl when I leave in the morning, but would a sniffle be too much to ask for? Could he at least acknowledge when I'm leaving and wave goodbye? Could he pretend to be glad to see me, just once?

Related:
I Used to Regret Being a Stay-at-Home Mom, but I Don't Anymore

The hurt continues to grow by the week. I know I'm being ridiculous to expect a young toddler to recognize any of the weird feelings running through my head, but that doesn't stop me from wanting him to come up and hug me, which is his way of saying "I love you" at this point.

It doesn't happen. He goes along playing in his usual spirited, wild way. On the days I'm working from home, I'm even more stressed than when I'm in the office. Managing the usual toddler bathroom accidents while also trying to take phone calls and respond to emails is sapping both my physical and mental strength. Yet, I know better than to complain to anyone. Some of my friends aren't able to stay at home with their children at all, and I know they're jealous of my ability to do it. I wish I could tell them just how hard it really is. I grit my teeth and remind myself it's worth it. I need to spend time with my son now. This time is fleeting. I will regret it if I don't. I repeat the mantra, over and over. Yet, the pattern continues. My son hardly seems to care if I'm around or not.

Related:
My Career Didn't Take Off Until After I Had Kids

I finally confess what I've been feeling to my husband. "Of course he cries when grandma leaves," he tells me. "You have to work while you're here. You can't focus on him totally. Plus, you're the one trying to get him to eat vegetables and pick up his toys. Grandma lets him eat candy all day."

It makes me feel better for a while. He has a point. My mother is never going to nag him all day to eat broccoli or carrots. Finally, though, a few weeks later, I hit the wall. Our son had never been a good sleeper and despite his age, the problem isn't improving. I'm exhausted physically, mentally, and emotionally. My mother comes to the rescue, offering to keep our son for a couple of days. I'm thankful but also worried. He may never want to come home again. He barely misses me as it is.

After a couple of days, I feel better. My mother calls and wants to know if we're ready for our son to come home. "Yes," I tell her at once. Even though I'm grateful for the sleep, I've missed him like crazy. Yet, I dread his reaction when she drops him off and leaves.

Related:
My Mom Wake-Up Call Came in the Form of Cancer

I'm shocked at his response, though. He doesn't have the usual meltdown that accompanies her departure. Instead, he barely notices when she leaves. He rushes to me and wraps his little arms around me tightly. Tears come to my eyes as it suddenly dawns on me, he hasn't missed me before because I'd always been around. Grandma was the one he didn't get to see often. She was the treat — a friend he didn't get to see every day. Mommy was there every night, even if she did go to work three days during the week. When he'd been away from me night and day for three days, I became the one he missed. I felt thankful and a little ashamed. I knew I'd never have the selfish thought again that I'd wish he'd cry. He was crying now and it was terrible. I hugged him close and kissed his chubby cheeks until he laughed again. I would now gladly leave the house without him noticing. Grandma could have all the weepy exits from now on.

Healthy Living
I Ditched My Fitness Watches During the Pandemic, and I Might Keep It That Way
by Maggie Ryan 13 hours ago

Workouts
I Tried Guess Workout Leggings, and They Actually Fit My Curves
by Kacie Main 1 day ago

Personal Essay
I'm Going to Be a College Senior in the Fall, and I Don't Know How to Feel
by Vivian Whitney 1 day ago