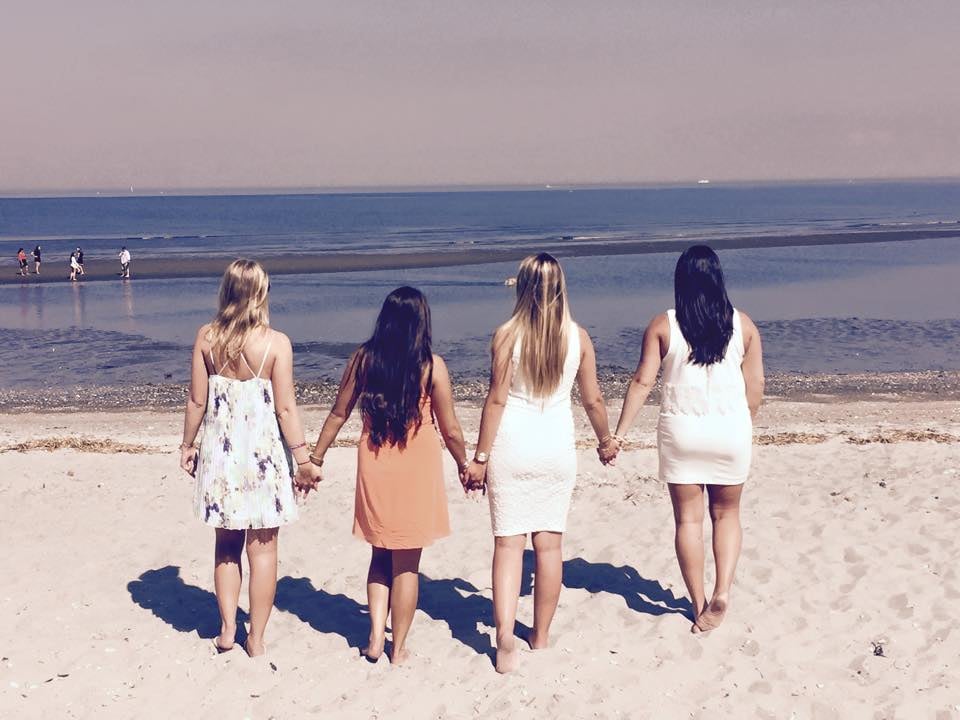 Looking out at the beach on graduation day, I remember thinking to myself, "How did I get so lucky?" Surrounded by my roommates, our families, and our classmates, I was about to say farewell to what may have been the best four years of my life.

Hearing that company executives and celebrities like Lori Loughlin and Felicity Huffman paid to get their children into elite schools forced me to reflect on my own college experience. Fairfield University wasn't my first choice, and my journey to Fairfield University wasn't traditional. When I was applying to colleges, I was the kid who spent hours in the guidance counselor's office and with my English teacher, poring over my applications and essays. I was a nervous wreck knowing that applying to and choosing a college was going to be the biggest decision I had made in my 17 years of life.

In January, when acceptances, waitlists, and rejections began rolling in, I wasn't prepared for what life held for me. I have a vivid memory of being on the phone with my dad when he told me I didn't get financial aid to go to Loyola University, which was my first choice. I was so disappointed, I cried for hours while my mom consoled me and explained it was just too much money. I understood, but it still hurt.

I decided to set my sights on another school and applied to Elon University instead, hoping that this would be my dream school, where I could make my aspiration of becoming a journalist come true. I learned later that I was only accepted for Spring admission. When my dad told me I absolutely could not skip Fall semester, another dream college was ripped from my hands. No negotiating: I needed to pick a school for the Fall and I could work on transferring to Elon in the Spring.

Enter Fairfield University. Fairfield was a beautiful school nestled in a picturesque Connecticut town that was close to some of my relatives and only a few miles from the beach. It was similar to Loyola in that it was small, Jesuit, and had D1 sports. It also had a small journalism program that I could start in that Fall. I'd received an academic scholarship, which made it an easy choice as my "Fall school."

Ultimately, I never ended up leaving Fairfield. The more I stayed, the more it felt like the place I was meant to be. I met friends and started a chapter of Her Campus. I eventually moved to the beach my senior year, got an internship nearby, and graduated in May 2015. No, I technically didn't end up at what I thought was my "dream school," but Fairfield ultimately became that for me.

What I realized was that it didn't matter what the name of my university was. It was the friends that I made there, the experiences that I had, and the hard work I put in that led me to the place I am in now.

Life would have been so different if my parents had said yes to me going to a school that wasn't financially feasible for them or was poorly timed for me. I wouldn't have met my best friends who I still talk to every single day; I wouldn't have started Her Campus at Fairfield, which led me to several internships and job openings; and I wouldn't have lived at the beach. Who knows, I might not even be working for POPSUGAR right now if I hadn't gone to Fairfield either.

The moral of the story is: there's a reason we are where we are and why we are given challenges to overcome. Sidestepping those challenges by paying for a child's unfair advantage could set a student's life in a different direction than they were ultimately meant to be in (not to mention, the way these parents went about it was completely illegal).

I'm thankful that my "dream school" wasn't what ended up actually being my dream school. Going to Fairfield University established so many wonderful things that are now a part of my life, and that is more of a dream than attendance at any other school I could have asked for.

by Mary Everett 33 minutes ago