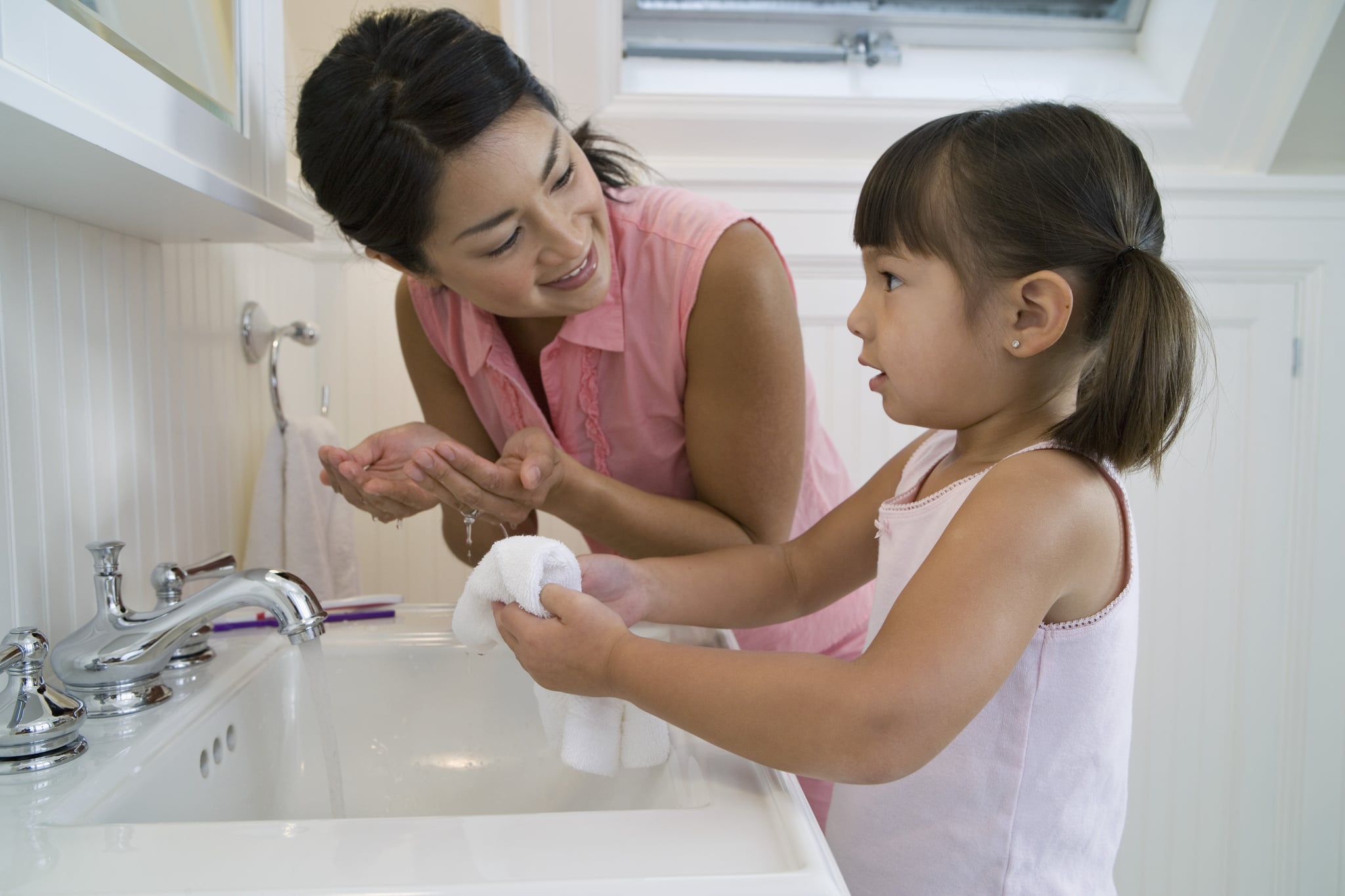 In our home, we're very open about the human anatomy. My kids know exactly where babies come from and we answer all of their questions honestly. I don't hide my period from my kids, either. Almost all women all across the world get it almost every single month. So, I'm trying to teach my daughter, and my son for that matter, that it is a normal part of life for people with a uterus. They already witness my husband buying tampons because, well, it's 2019 and they're on the grocery list. So by ages 4 and 6, my kids learned what a period is because, like most moms, they followed me to the bathroom.

When the kids were babies and toddlers, peeing with an audience was inevitable. But the older my daughter got, I made the conscience effort not to kick her out if I was expecting a little blood. Around age 3, when I thought maybe she'd be able to understand menstruation a little better, I began educating her. I remember one afternoon when she looked at me with huge eyes once she saw I was bleeding. I simply told her, "Mommy's on her period. This happens once a month. Don't worry honey, I'm not in pain."

Related:
I Discuss My Post-Divorce Sex Life With My Kids — This Is Why

It was important to me to let my daughter know that even though she saw blood, getting your period doesn't hurt likes she's come to expect when blood appears. It's not the kind of "boo boo" that needs a doctor or a band-aid. The older she got, the more I'd say either in response to an inquisitive look or a direct question. "One day, you'll get your period, too. It will simply mean that you're growing up!" I've said.

And I only plan to be more forthcoming as she matures. I'll answer any question she poses. Why not? I want to normalize periods, so my daughter isn't freaked out when hers starts. Hell, maybe she'll even feel empowered (if I'm doing it right). Having your period isn't all roses. But I'm going to be damn sure that my daughter feels zero weirdness about it. I'm sick and tired of sliding a tampon up my sleeve in a restaurant before going to the bathroom. I'm over the shame, which is why I hope that educating my daughter at a young age will decrease that stigma for her.

Many may think that my daughter is too young to know what a period is, but this felt like the right decision for our family. Besides, if she's going to follow me to the bathroom, she may as well understand what's going on. Hopefully, a little education will go a long way. And by the time she gets her period, it won't be a big deal at all. Hopefully, she'll feel empowered that she's becoming a woman — a woman who will one day be ready to take on the world. And won't need to slide tampons up her sleeve, either.