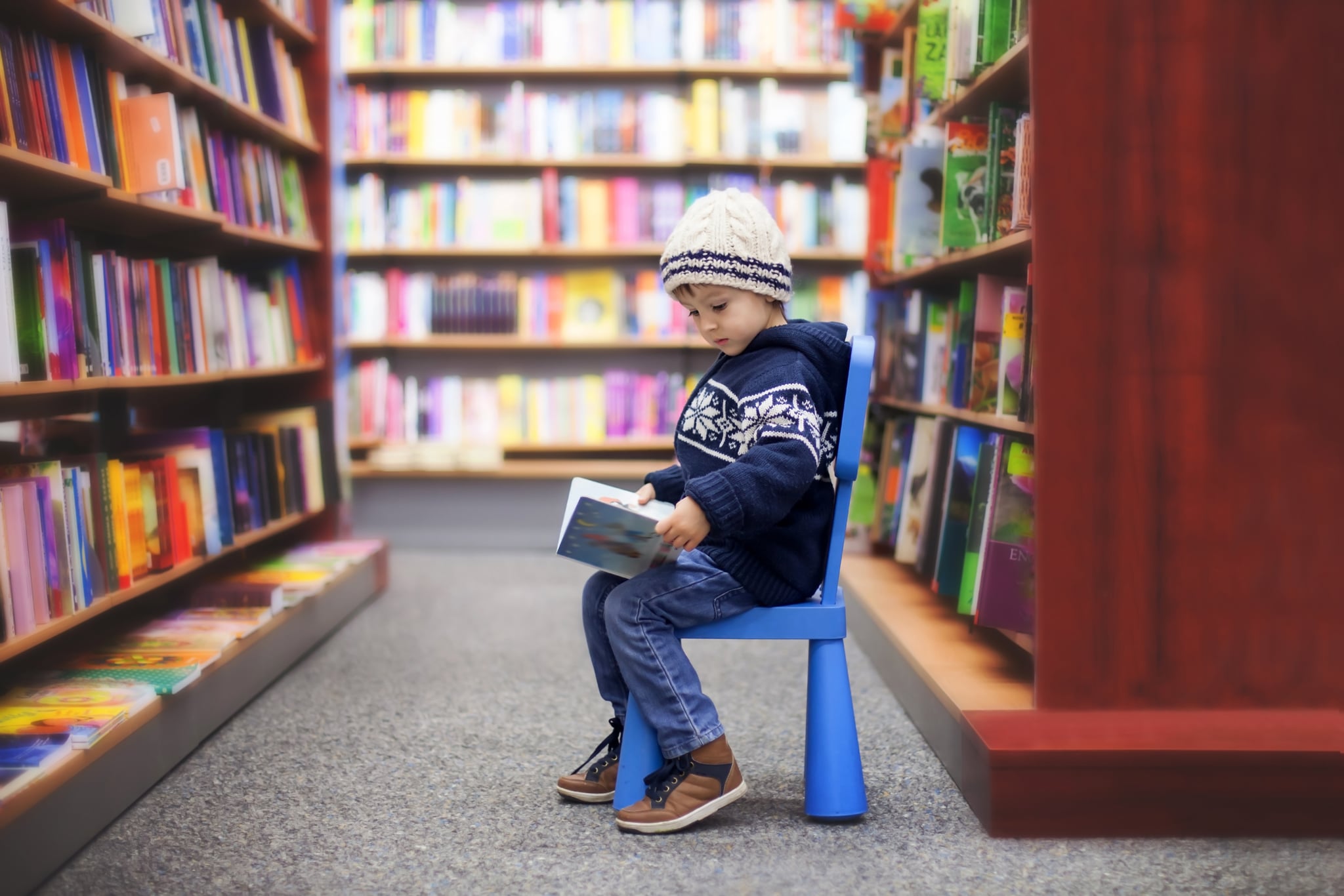 For months now, I've taken my toddler to the local public library. I don't know if it is the musky smell of the books or the melodic ripple of pages being turned or the sound of hushed voices amid the stacks, but the experience of going to the library is one I've loved since I was a child – and it's been an amazing thing to share with my daughter.

A few times a week, we walk through the entry doors and make our way to the children's section. My daughter, as soon as her feet touch the ground, is off and toddling, pulling random books from the shelves one by one. When she settles on a title she likes, she plops down right where she'd stood and diligently turns the pages, occasionally pointing at an illustration or a word, as if it has profound meaning. I love watching her. I can see her turning into a little bookworm, just like her mother.

One day last week, however, something changed.

We made our way to the children's section like we normally do, but there in the open space – where kids often sprawl out on the floor with a board book – were piles and piles of toys.

At first, I tried not to overthink it. I unstrapped my daughter from her stroller and set her on the ground, confident that she'd walk over to her usual spot in the "Early Fiction" section. Instead, she beelined for the kitchen set and never looked back.

The next 20 minutes involved me removing wooden blocks from her grip, trying to keep a plastic hot dog bun that another kid just chewed on from entering her mouth, and desperately attempting to reposition her in a tucked-away aisle before she inevitably looked around at the rows of books, realized they weren't toys, and ran off in search of a train set.

I thought it must be a mistake – having toys in the library wasn't new, but up until now, they were all kept in a separate room. I walked down the hall toward that room, and on the door was a sign that read:

The Play Room Is Now Closed — Please Find All Our Toys in the Children's Section!

We left shortly after.

That week, I asked anyone I knew with a library card if they'd noticed toys near the kids' books. To my surprise, I got more affirmations than expected.

It wasn't enough that my hopes of leisurely afternoons spent with noses in books were dashed, but the next day, there was more bad news. My daughter got sick – a 103-degree fever, a rash all over her stomach, and a level of fussiness I hope never to experience again. She didn't eat, she didn't sleep; she only cried.

The doctor confirmed it was a virus, that a lot of contagions were going around, and that the one she seemed to have was spread through saliva – so the pediatrician advised keeping her away from shared toys and, you know, dingy plastic hot dog buns.

I'd had it. The toys weren't just annoying to me, but they were hazardous to my kid's health.

I called my library branch to ask them why on earth they lumped those unkempt virus-hosting toys with all the magnificent books. I half-expected to get a nodding librarian on the other end, lamenting the end of childhood imagination and cursing the downfall of humanity as we know it. Instead, I was told this was "a new trend in libraries," and that in my city, upwards of 14 institutions now have similar "play spaces."

In fact, many are now loaning out toys like they do books.

Fine. But when I asked why the toys were set out in the open, it was as if I asked for documentation to prove elementary school is actually educational. The librarian went on about the importance of play in early childhood learning.

I was confused: wasn't reading important in early childhood learning? I get that kids can hone fine motor skills, hand-eye coordination, and problem-solving by playing with, say, building blocks, but this is a library. Not a toy store. Not my daughter's playroom.

She can get those skills elsewhere.

I fully support kids having opportunities to engage in free play – "free" as in unstructured and without having to spend $19 on a tub of Legos – but when we come to the library, like most people I know, we come to read. I bring my daughter so that in one afternoon, with just a few pages in a few books, we can climb Mount Everest, transform into a roaring lion, build a spaceship, visit ancient Egypt, and dine in a castle.

Now, those once-easy adventures are going to prove more difficult to take. Maybe we will zoom off to the moon between me feverishly sanitizing decades-old stacking cones, but that doesn't sound nearly as fun.

It's not the library I remember, and it's not the one my daughter will cherish when she's older.

Books
Brace Yourselves, Book-Lovers: The 2022 POPSUGAR Reading Challenge Is Here!
by Tara Block 1 hour ago