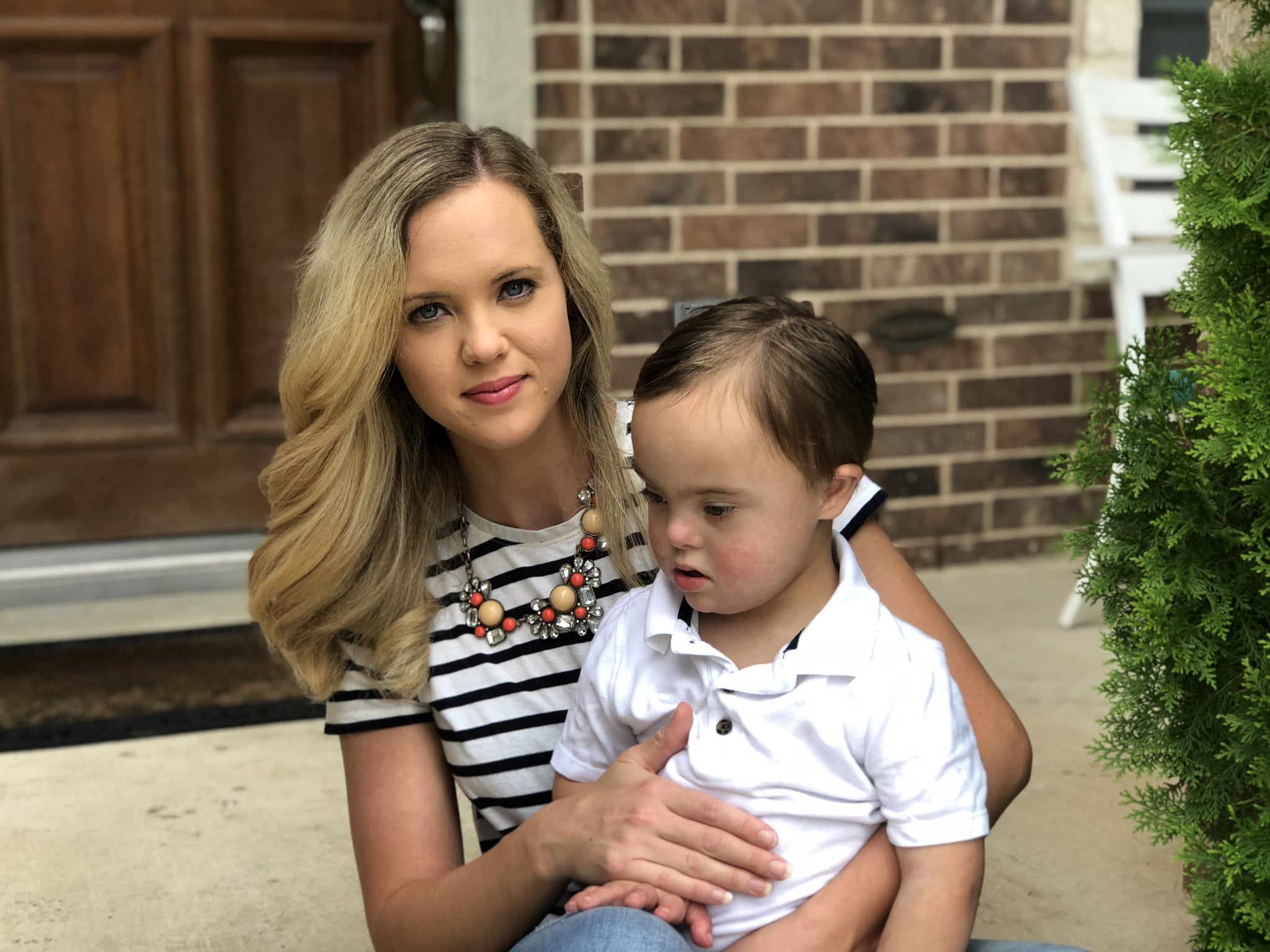 As I walked through the lobby of my doctor's office in a dreamlike state, my mind was hyperaware of the unfolding events, but everything around me was blurry. "Benfield . . . Benfield . . . Benfield?" I snapped out of it and walked to the front desk where I found a receptionist whose eyes were heavy with pity. It was clear everyone in the small-town office knew, but what did they know?

I'd received a call an hour prior from my doctor saying that our noninvasive prenatal screening results were back, the results were not good, and we needed to come see him right away. My 20-week pregnant body fell on the kitchen floor, the words, "Oh no, oh no, oh no" poured out of my mouth, matched by rapid tears that streamed down my face.

My husband and I walked into the doctor's office knowing the NIPT screening came back indicating something was genetically off with our 20-week-old baby growing inside me, but we didn't know which gene or chromosome was affected.

A nurse escorted us to an exam room where we waited in silence. Sweat dampened the white crinkled paper beneath my legs. The doctor finally walked in, ripping through the quiet that hung in the sterile air: "Your son has a 99 percent chance of having Down syndrome."

I would recognize someone who had Down syndrome, but I knew nothing about the condition.

I found two words that pulled me out of the fog: school inclusion. Realizing my son could one day sit in the same classroom as all of his peers changed my perception of what his future could hold.

The doctor laid out our options, concluding with, "Don't worry, you don't have to be a hero. If you don't terminate, you can have the baby here, and we can keep him comfortable, but we don't have to do anything drastic to save his life." In plain speak, we could choose to let him die.

The doctor believed our son didn't have a life worth living, so I grieved like a death had taken place.

After a few weeks passed, I gathered enough strength to start participating in life again. I dusted off my old journalism skills and started researching what life would look like with our child with Down syndrome. That's when I found two words that pulled me out of the fog: school inclusion. Realizing my son could one day sit in the same classroom as all of his peers changed my perception of what his future could hold.

Over 20 years of research consistently demonstrates inclusion of students with disabilities in general education classrooms results in favorable outcomes. Gains are seen in reading and math, and a two-year longitudinal study found that students with disabilities scored significantly higher on social assessment tests when integrated into classrooms with their typical peers.

Speaking of typically developing students, Vanderbilt University conducted a recent study that found students educated alongside their disabled peers performed 15 percent higher in academic achievements than students educated without their disabled peers. No study since the 1970s has shown an academic advantage for students with disabilities when segregated in special needs classrooms, and yet only 17 percent of students with cognitive disabilities are included in high school general education classrooms.

October is National Disability Employment Awareness Month. People with disabilities are the largest minority group in the United States, but recent studies found 78 percent of eligible adults with intellectual disabilities are not working.

How can we expect companies to hire individuals with disabilities if their leaders don't know them? Our kids with disabilities have to grow up alongside their typically developing peers if we want them to be included in the workplace. Inclusion starts at school.

That's not a nice ideal from a mom of a child with Down syndrome — it's backed by research. Researchers from the University of Wisconsin found inclusive school environments were a factor in those with intellectual disabilities maintaining employment after high school. Vanderbilt special education professor and researcher Erik Carter focuses on evidence-based strategies for supporting those with intellectual disabilities to access the general curriculum, saying, "Early segregation does not merely predict later segregation; it almost ensures it. The trajectory we establish in school is quite likely to continue after graduation. We must establish a trajectory of full and meaningful participation. When it comes to transition preparation, location matters."

Special education is not a location, it's a service. Under the Individuals With Disabilities Education Act (IDEA), the Least Restrictive Environment (LRE) clause reads, "To the maximum extent appropriate children with disabilities are educated with children who are not disabled. And that the removal of children with disabilities from the regular education environment occurs only when the severity of the disability of a child is such that education in regular classes with the use of supplementary aids and services cannot be achieved satisfactorily."

This is the law.

The benefits of including children with disabilities in the general education classroom are backed by decades of research, and yet parents often have to fight, and at times unreasonably hard, to make this happen; recent cases go as high as the supreme court. This National Disability Employment Awareness Month, let's not just call on our employers to include those with disabilities in their companies, let's get to the cause of why they are not hiring them in the first place.

We need to have higher expectations for our children with disabilities at home and fight for educators to do the same. We cannot settle for the majority of their days to be in self-contained classrooms. We must advocate for what we know from research to be true: segregated classrooms lead to a segregated world.

Perhaps my doctor believed my son's life was not worth living because he grew up in a time where it was us and them. Sadly, despite major advancements in laws and research, so much more work needs to be done to erase the divide.

Schools, including our kids, their futures, and the future of our society, depend on it.