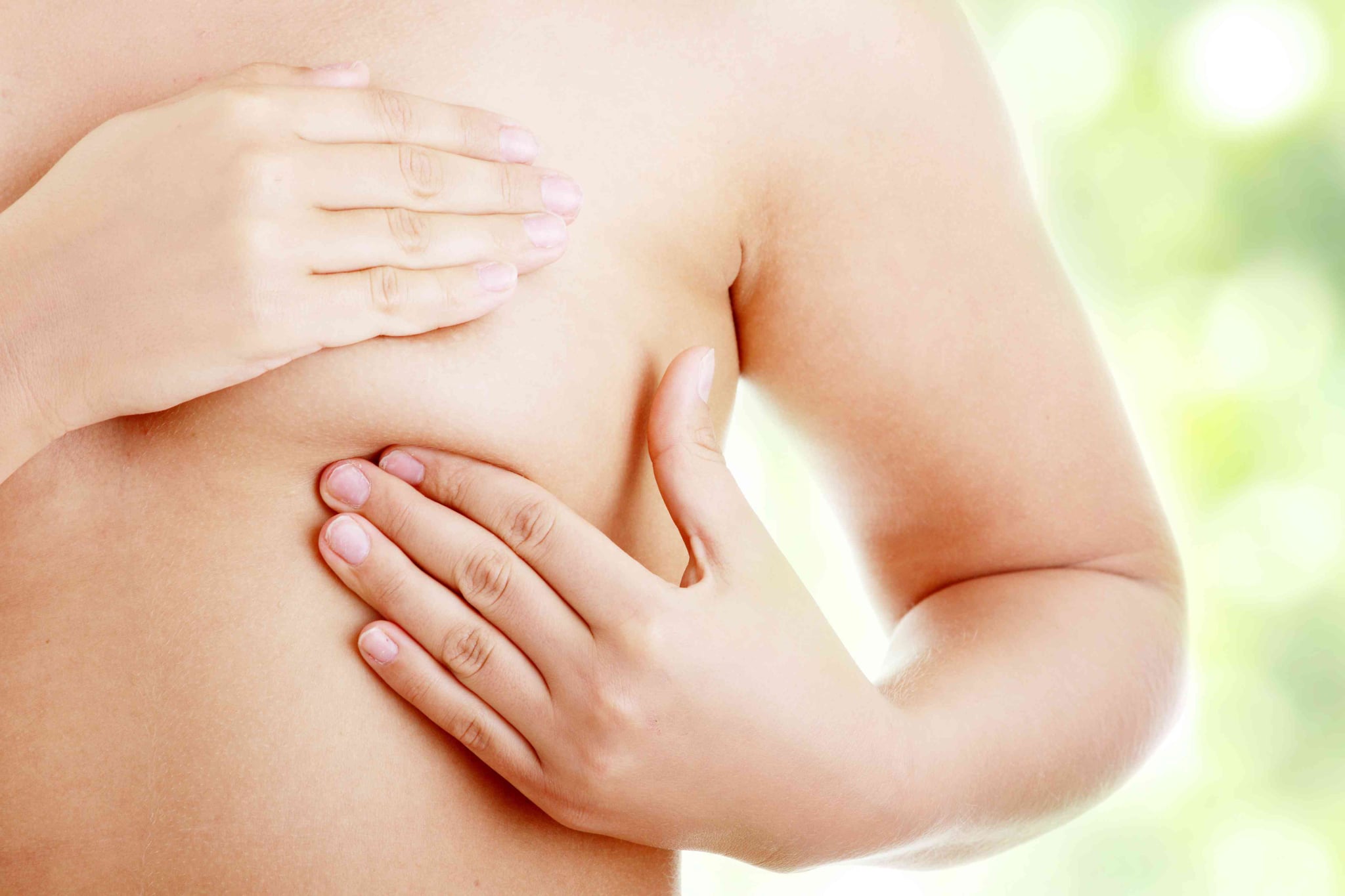 No one knows your breasts better than you. That's if you explore them every month, after your period has ended and a new cycle has begun, like you're supposed to do. If you don't know your breasts, get to know them — now. Feel around for lumps and bumps and anything out of the ordinary. A quick exam when you can catch a minute or two of peace — maybe in the shower — can save your life. I learned this the hard way when I was diagnosed with breast cancer at just 32 years old.

I had a baby just seven months before and stopped breastfeeding only two months before. I even had a postpartum breast exam just two weeks earlier. It was the day before Thanksgiving, and I was chatting with my doctor about wine for the holiday when he nonchalantly told me both breasts looked healthy.

Two weeks later, I was back at his office for a recheck after my persistent husband made me second-guess a lump in my right breast. During the whirlwind week, I had a biopsy and was basically told I could potentially have invasive breast cancer, but we wouldn't know until the tumor was removed surgically. Long story short, I was very — I must emphasize the very part — lucky. As my surgeon said, I had a lot of DCIS (ductal carcinoma in situ, aka stage 0), but due to the type and nature of the tumor, it likely would have burst out of the milk duct where it was harboring and made its way to my lymph nodes. Who knows when? Maybe sooner rather than later. Doctors discussed fertility-saving procedures with me, in case it turned out to be invasive and I needed chemotherapy. They also discussed the option of a mastectomy in case I tested positive for a mutation on the BRCA gene.

I count my blessings every day that my cancer was caught before it really destroyed my life. The obvious is that I am here today to watch my daughter grow up. But I did not have to undergo debilitating and fertility- and age-affecting chemo. I was able to choose breast-conserving surgery over a mastectomy that would have taken a lot longer to recover from, would have left me truly scarred, and would have put me at risk for serious complications such as lymphedema. Going through seven weeks of radiation treatments while working full time and taking care of my daughter left me with a type of exhaustion I had never felt before, but it was a walk in the park compared to what chemo would have done to my body and what would have happened to me if the cancer had metastasized.

Although my battle with breast cancer was debilitating and life altering, letting it grow a little longer could have literally destroyed my life.

My plea to other young women goes like this. Breast cancer affects young women, too. Get to know your breasts if you don't already. Don't treat them differently than any other part of your body. Treat them just as well if not better than other parts of your body because cancer likes to make its home here. Having an annual breast exam by your doctor won't cut it. He or she doesn't know your breasts — only you do.

Mark your calendar, set a reminder on your phone, or post a sticky note in your bathroom so you don't forget to check yourself. If you feel anything — no matter how small — tell your doctor. Oftentimes a tumor can't be felt until it has grown large enough to be dangerous, so speak up even if a bump feels small to you.

Life may get busy, and you may be focusing on your children and their health, but if you don't have yours, you can't be there for them.