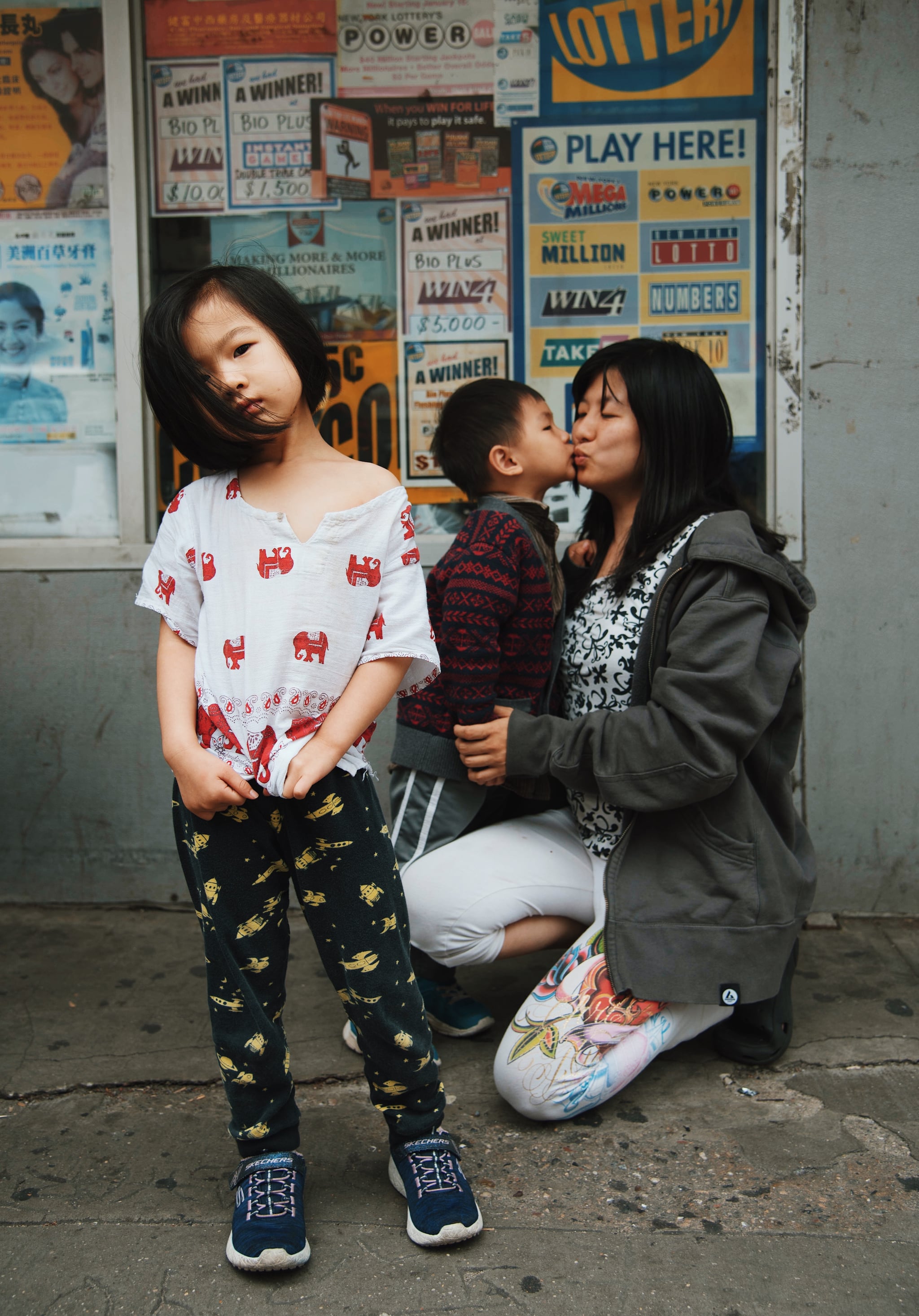 Whether or not you should approach a parent when their kid is suffering from an epic tantrum in public has always been a hot topic for debate. Some parents appreciate the assist, while others resent it. While I have no problem with a parent who would prefer to handle a kiddo's meltdown on their own, I'm here to say if you happen to spot me in a store and one of my tots is doing a face plant mid-aisle, help is not only welcome but needed!

Hearing that we weren't the only parents whose kids had managed to turn family fun into misery was exactly what I needed to gain perspective on what seemed like an incident I'd never recover from.

It wasn't until a very public tantrum my daughter threw at Disney World that I realized how valuable it can be to hear some words of encouragement when your child is losing it in plain view of what feels like a million other people. It was at the end of a long day in the park when my little one, who was tired, hot, and overstimulated, started screaming at my husband and me that she wanted to kill us. Literally, this happened. Those words came out of her mouth. While I wanted to climb under a nearby bench and hide from the many, many families who were staring at us, I couldn't exactly ditch my baby in his stroller or my two older children. Instead, we attempted to calmly defuse the situation, to no avail.

Related:
Does My Kid Have Anger Issues? These Are the Signs to Look Out For

As my daughter writhed around, sweating and threatening our lives, I think my blood pressure rose to an unsafe level. I decided to try ignoring her antics as we quickly gathered our things and strategized on how to get the heck out of the happiest place on earth ASAP. As folks of all ages eyeballed the spectacle with dismay, an older couple approached us and offered a kind smile. "It happens to all of us," the sweet, grandfatherly man assured me. In between my child's hollering, he managed to add, "It happened with our kids, and now, it happens with our grandchildren. Don't worry about it."

Hearing that we weren't the only parents whose kids had managed to turn family fun into misery beyond compare was exactly what I needed to gain perspective on what seemed like an incident I'd never recover from. I think what the grandparents had been trying to say was that this too would pass. And kids losing it is totally normal and not at all our fault.

I still think back to this couple's kind words whenever my kids have fallen apart in public since that day. I'm so glad they approached us and shared their experience, because it pulled me out of feeling like everyone else around me was judging and writing us off as the worst parents in the park. I've also tried to take a cue from them when I see other struggling parents. Even if it's just a quick smile to try to distract the upset child or an "I've been there," I think letting a frazzled parent know they're not alone is beyond valuable.

Related:
What It's Like When Your Mellow Child Starts Freaking Out Over the Tiniest of Things

I don't expect another parent to solve my child's issue if they catch us mid-tantrum, but even a knowing glance or a brief message of support like "That was me five minutes ago!" may mean the difference between me assuming everyone else has it all figured out when it comes to dealing with tantrums and realizing it's just my turn to suffer.