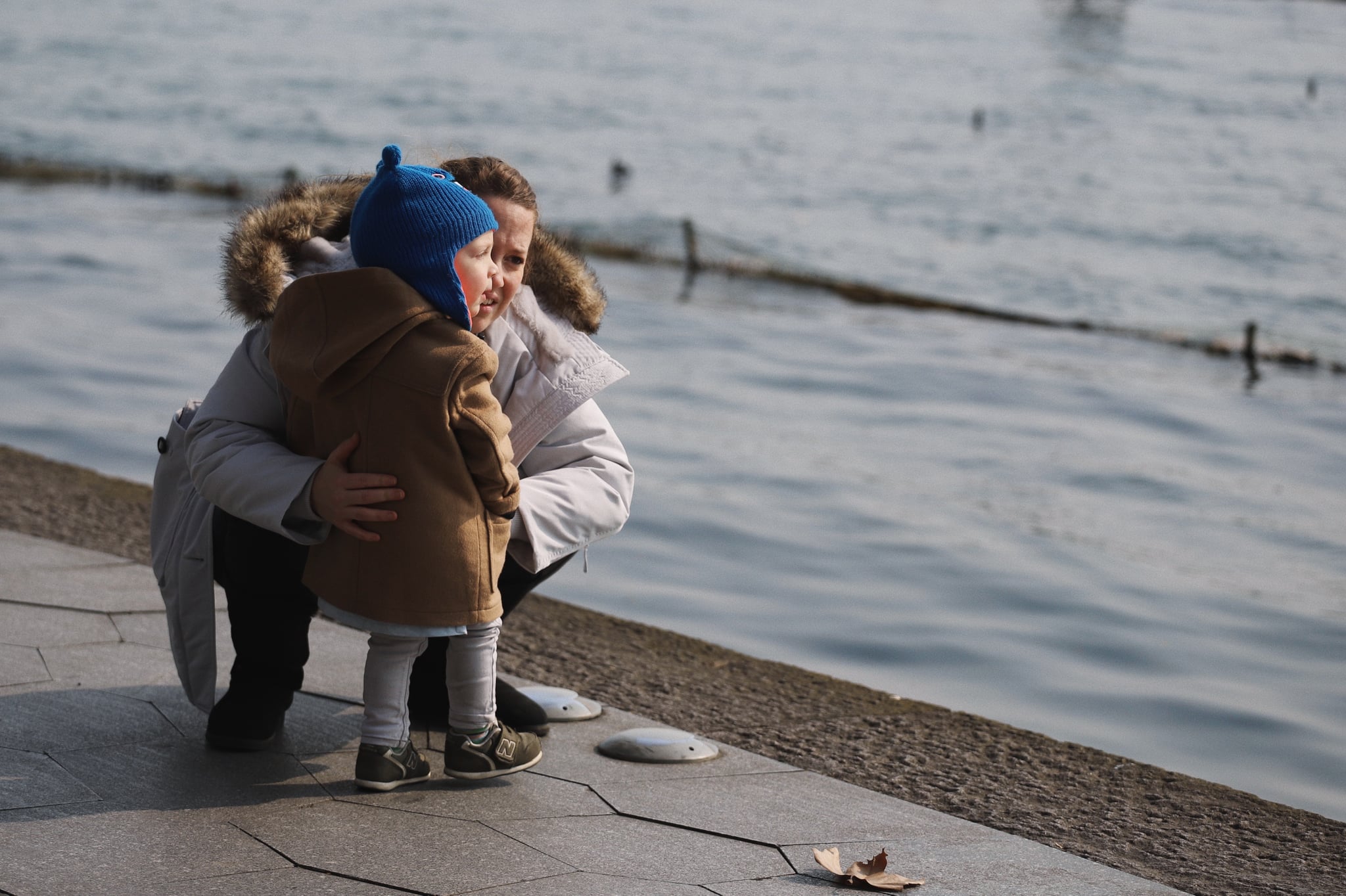 I'll never forget the day I approached a struggling mom in the grocery store. I had my daughter with me and in the cart while my son was at school. We strolled the aisles, and my 2-year-old quietly helped me pick out the fresh produce and dairy that was on my list. For once, my strong-willed and high-energy daughter cooperated while getting our weekly groceries. As we weaved the cart between the aisles, we kept hearing one child scream, "But I want chocolate!," while another (assumingly his little brother) kept crying louder and louder. "Oh man," I thought. "I've been there."

She looked at me and lost it. Tears started streaming down her cheeks and her hands hugged her face. I didn't know what to do.

We continued to shop when we finally crossed paths with the struggling mother. I immediately recognized her from around town, maybe the park, but I couldn't quite place it. We both halted our carts while picking out yogurt for our families. Her boys, around ages 1 and 2, continued to wail and throw fits — squirming to get out of the cart. Instead of yelling at her sons, she looked lovingly into their eyes, slouched down, and tried to calm them as mothers do. But it didn't work. They only fought harder.

The mother stood red-faced and carried a look of defeat heavily on her face. Knowing the feeling, I made eye contact with her and offered her a smile. She forced one back. "Been there," I said to her as she tried hushing her boys. "Yeah, today is just not a good day," she said back. "But my husband is out of town and we have to get some groceries." "I get it," I said. "Hopefully they'll take a nice long nap for you later." "Doubtful, but thanks," she said as she turned her back and pushed the cart toward the eggs.

I wanted to help that mom desperately. Both my kids have been little jerks in public before (frequently at the same time, too). I knew the feeling of embarrassment that mother carried with her that day. I knew the feeling of utter exhaustion and defeat when they just won't listen no matter what you do. I knew the feeling of wanting to crawl under a rock and hide from judgmental people who stare and probably think, "Can't she control that child?" (News flash: no, sometimes we can't.) But I also didn't want to step on her toes, either.

My daughter and I finished our grocery shopping and went to the checkout aisles. Standing adjacent to us was the same mother with her still-fussy boys. This time, however, she was no longer calm with them. She gave them her "mom glare" (you know the one) and spoke to them firmly. But still, it didn't work. Her boys cried harder and louder. I didn't look at the other patrons in the store, but I'm sure some of them were annoyed by the loud and unpleasant noise.

After my daughter and I checked out, the mother and I were putting our carts away at the same time. She looked like she was going to break down. "You're doing a good job," I said. "Kids can act like jerks sometimes. I know mine do." She looked at me and lost it. Tears started streaming down her cheeks and her hands hugged her face. I hugged her. I didn't know what else to do. I knew nothing I could say would help, so I just hugged her. She looked up at me after she composed herself and simply said, "Thank you."

About a year later, I saw that same woman at kindergarten roundup. She was on the PTA for the school. She walked right up to me and said, "Do you remember me?" I couldn't believe that she recalled my face. "I do," I said. "That day at the grocery store meant so much to me. Thank you." "You're so welcome," I said back.

I'm so glad I decided to go up to her that day. All moms have been there. Sometimes we don't know what to say or how to help other moms when they're in those situations, but any attempt is worth it. I learned that little things like hugging someone or simply saying, "I've been there and I get it," can truly make a mother feel less alone. The next time you see a struggling mother in public, offer a smile, a conversation, or even a hug. Because you never know; it could be exactly what she needs to keep going.