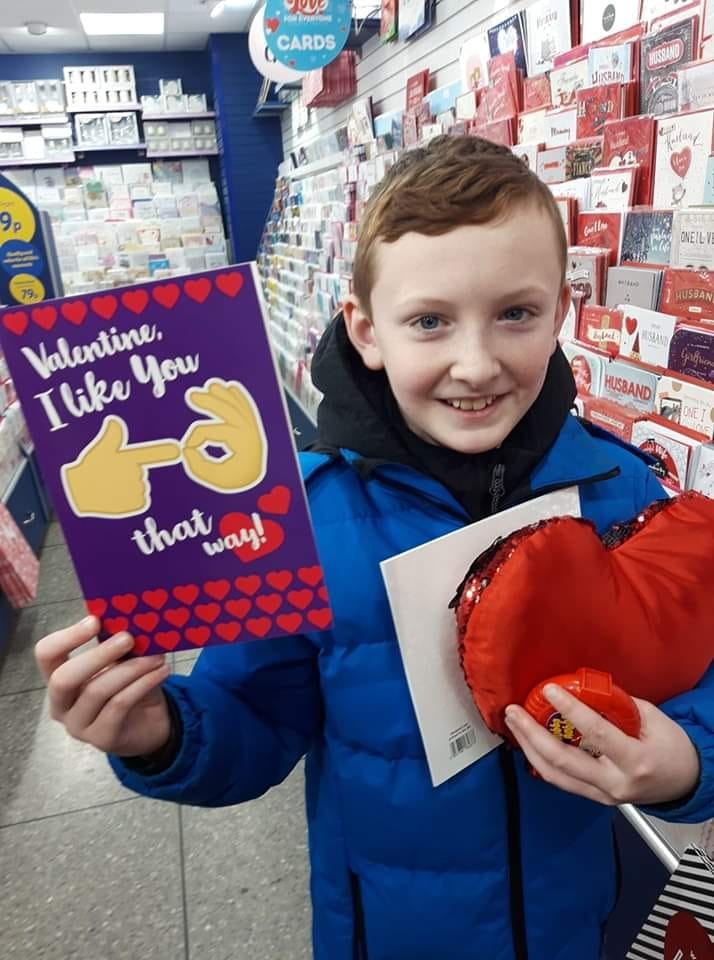 UK mom Melissa Poole recently had a bit of an "uh-oh" moment while out shopping with her kids for Valentine's Day cards for their special someones. She let her children pick their own cards, and while she's definitely fostering their independence, we have a feeling she instantly regretted the decision after a funny moment caused by her 10-year-old son's choice. Fortunately, Melissa shared the mishap with The Motherload Facebook community, and it's hysterical.

"Just spent half an hour in the card [store] waiting for my two youngest children to choose the 'perfect' card and gift for their special someone at school," wrote Melissa. "My 10-year-old pondered over a few and said, 'This one mum, or maybe this one!'"

Related:
Get in the Loving Spirit With These 16 Valentine's Day Crafts Your Kiddo Can Make

"Eventually, he said he'd found the card he wanted to get because his girlfriend loves emoji's and he thought she'd love the card more than any of the others," she explained. "After telling him to put the card back as he couldn't get her that one, he went on to ask me incredibly loudly why he couldn't get it!" I said, "[I'll] tell you when you're older son." Although her son's intentions were pure, the card he selected — which featured two emoji hands making an inappropriate gesture — definitely doesn't mean what he thought it did. On top of that, we have a hunch he'd be getting a few side glances from his teachers.

Thankfully, her son decided on a different card, but Melissa was clearly feeling the pressure. "He's settled for a 'Be my Valentine' card and a heart pillow," she said. "Phew! Job done, PASS THE WINE!" 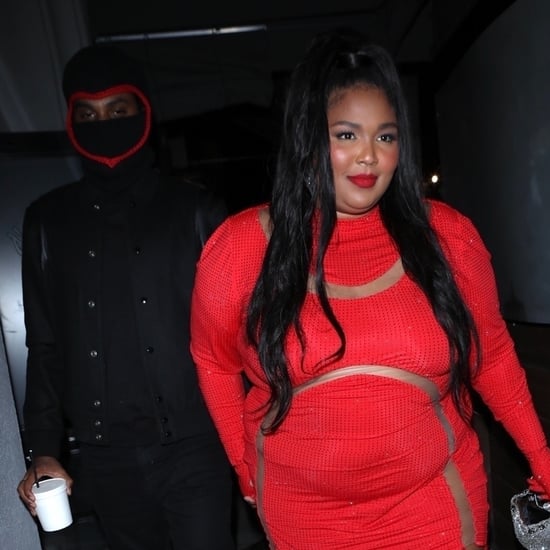 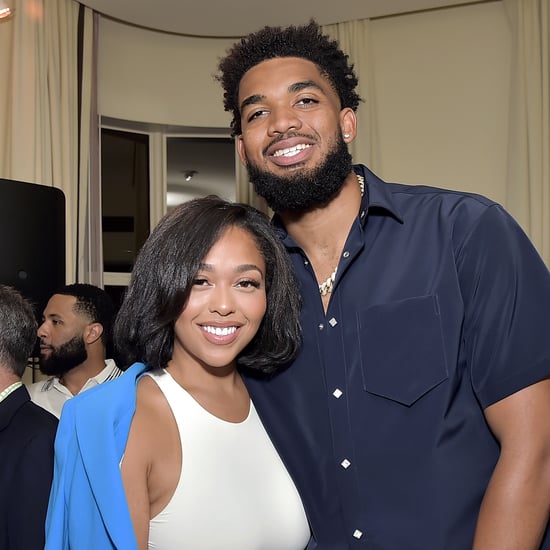 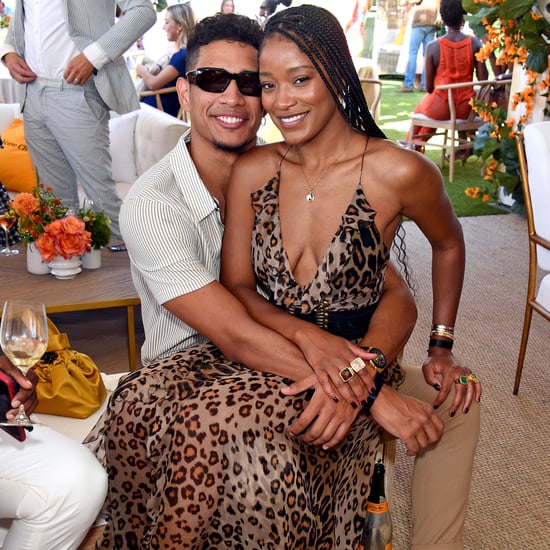 Keke Palmer
After a Romantic Day at the Zoo, Keke Palmer Has Some Thoughts on Valentine's Day
by Perri Konecky 2/15