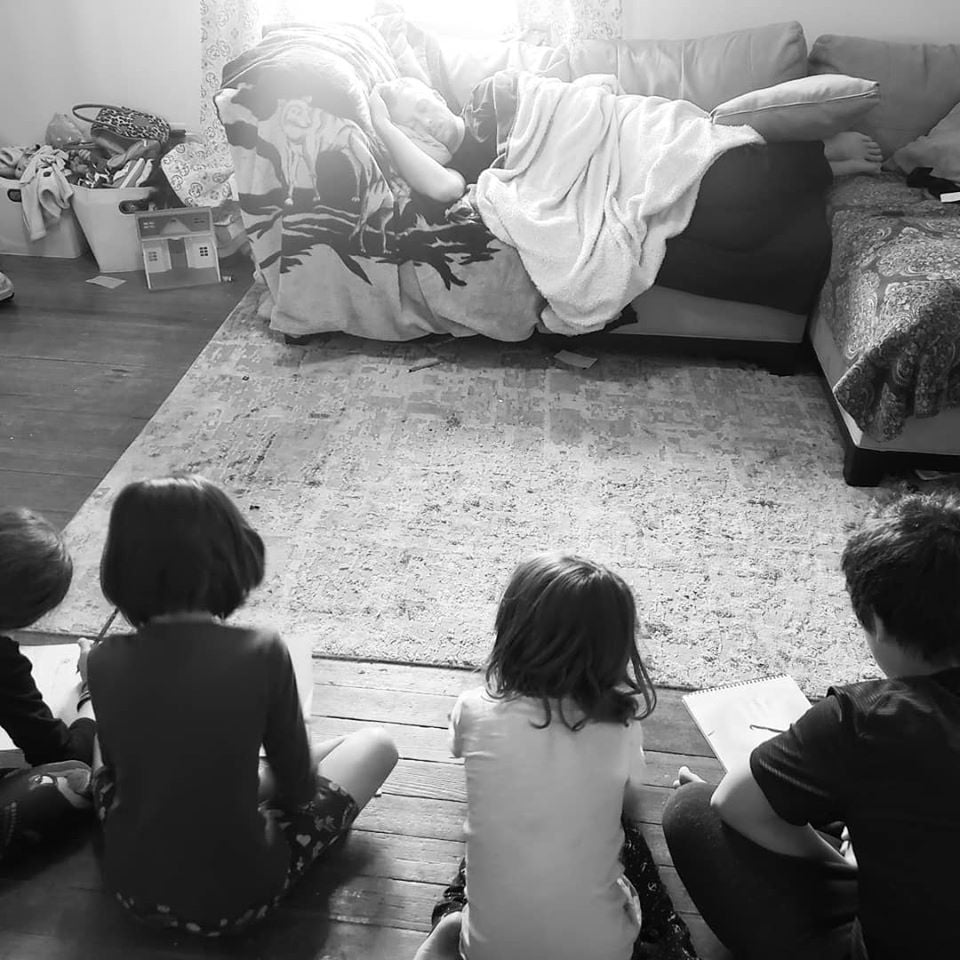 Mom of four Monica Weber has always considered her husband, Michael, to be pretty crafty. But his recent idea for getting his kids to stay put for a bit after he came off a 12-hour shift as an operating room nurse is just brilliant. In a now-viral Facebook post, Monica detailed Michael's clever hack to get his kids to behave during her 20-minute run to the store — and also gave him the kudos he very much deserves.

"'I'll keep the kids so you can grocery shop in peace,'" Monica captioned the photo. "Then I come home to this! I'm pretty sure he's the most brilliant man I've ever known. He has them doing 'realism art' while he 'poses,' aka naps. The winner gets a chocolate, but let's be honest, Michael is the one winning. Nice one Michael, nice one."

Related:
The 47 Best Parenting Hacks You Need to Learn

Rather than Monica getting all four kids bundled up and into the car, Michael offered to keep an eye on the little ones instead. "I needed some groceries but it was cold/snowy outside and he insisted I go without the kids to make it easier," explained Monica in an update to her original post. "Between his time in the military and job as an OR nurse he is the lightest sleeper ever. The two oldest are more than capable of letting him know if something needed his attention, although he would likely wake up well before they even thought to wake him."

Monica was quick to point out that when she got home, her children were very much caught up in the activity at hand, so much so that she was shushed upon walking through the door.

Related:
Little Girl Came Home With a Jacket That Wasn't Hers, and the Web of Lies That Followed Is Extraordinary

"Everyone enjoyed their 'art break' and Mike took some stress off my plate while resting his eyes," she wrote. "Our kiddos are not perfect, there are plenty of days we face all the same challenges every other 'big' family faces who try to find balance between work, family, and life. That's why these little moments are worth celebrating!"