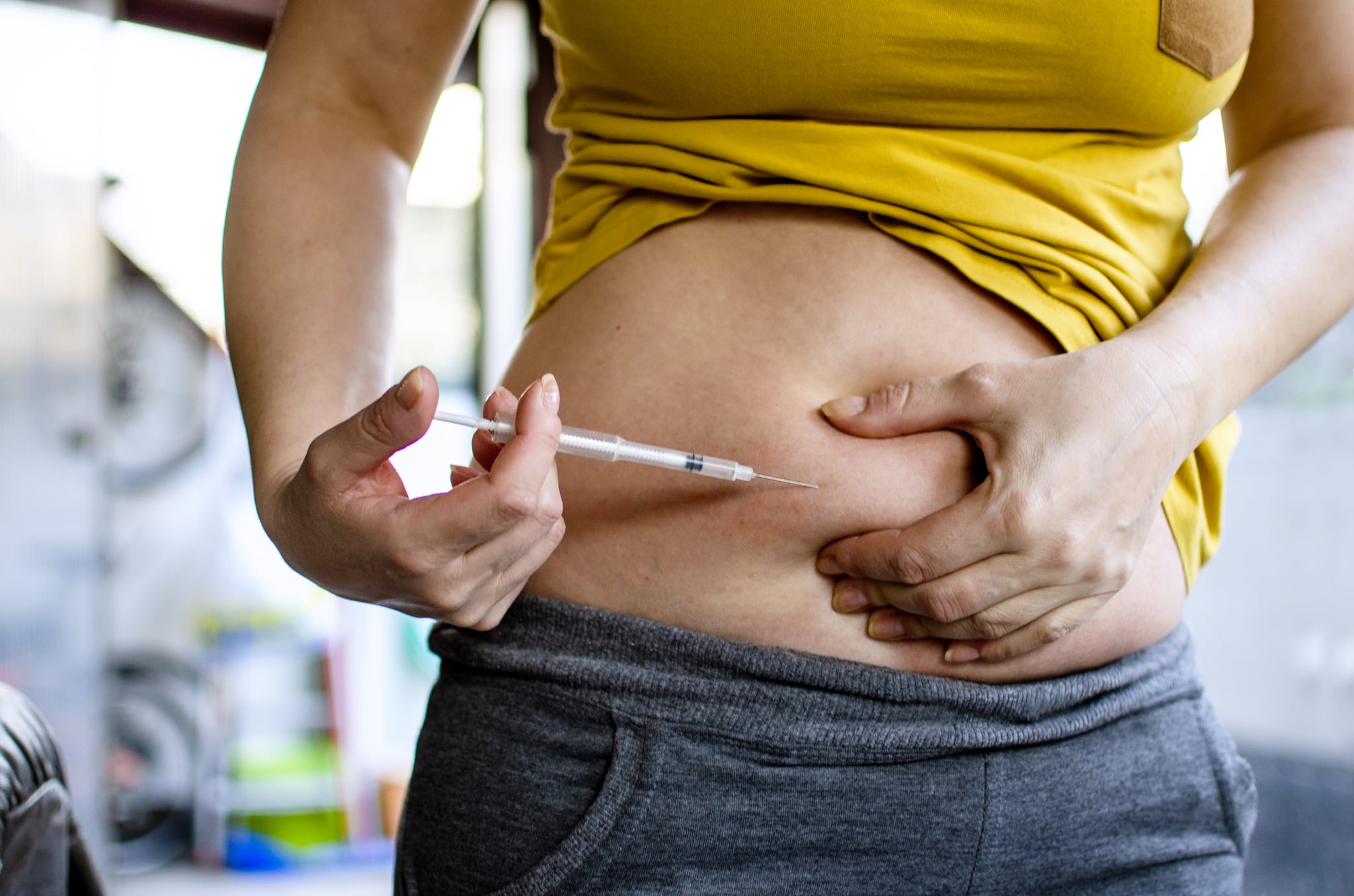 Going through an IVF journey is hard no matter how you slice it. It's a roller coaster of emotions and can bring even the strongest person to tears.

I fall into the category of those who deeply fear needles. Even as an adult, I have to look the other way when I get my flu shot and have somebody (yes, even total strangers) hold my hand during the injection. Tattoos creep me out, and I never got a trendy belly button or upper ear ring when I was younger because I couldn't handle the pinch that comes with the process.

So when I learned that I had to poke myself with a needle to inject medication in order to conceive, I considered calling the whole IVF process off. As a person who avoids needles like it's my job, I simply could not see myself sticking one into my tummy every single day. But I wanted to be a mama, and I knew that I had to get over my fear of needles if I wanted that to happen.

My nurse had me practice injecting a needle into a fake piece of skin before I left the office with my medication. And while I mastered the process on the dummy, it did not make me feel any better about sticking myself. And though my husband sweetly offered to inject me, I knew that the anticipation of him poking me would just add more anxiety to the situation.

Over time, I learned how to handle my needle anxiety after undergoing five rounds of IVF. My fear of needles still exist, but I found some tricks that I played on myself to get me through the process.

First, I would pinch my stomach skin to create a spot for the needle to be injected. My pinch was not a light squeeze. I would hold my two pinching fingers as close together as I could, so I would literally feel pain. This was not to be a sadist — it was because the pinching pain I was creating was far worse than the little pinch that the needle would create. It was a not-so-pleasant distraction. And I knew that the sooner I would get the injection over with, the sooner the pain would go away.

Next, before I would inject the needle into my skin, I would place it right where I wanted it to go, without puncturing my skin. I would hold the needle perpendicular to my abdomen just so I could not see the tip. I found that by not seeing the pointy part of the needle, it made the whole process seem less intimidating.

Finally, instead of quickly jamming the needle into my abdomen, I had a slower process. I would inhale, and then as I slowly exhaled, I would slowly push the needle where it needed to go and administer the medication. It was quite the opposite of what everyone recommended I do (just get it over with!), but the slow and steady process helped me be more mindful and calm.

And as a last step, I always gave myself a "prize" of either a frozen fruit pop or dark chocolate square – similar to how I would get a lollipop when I successfully got a shot in my youth. Juvenile? Yes – but it worked for me.

For better or for worse, I had almost five years of practice using needles while undergoing IVF and I found what worked for me. Am I a new fan of needles? Absolutely not! Do I still reward myself with a treat every time I get a flu shot? Totally! But I am now able to get shots and administer injectable medication with ease and in a calm and methodical way. And now that I am also a mama, I know the entire process was totally worth it in the long run.