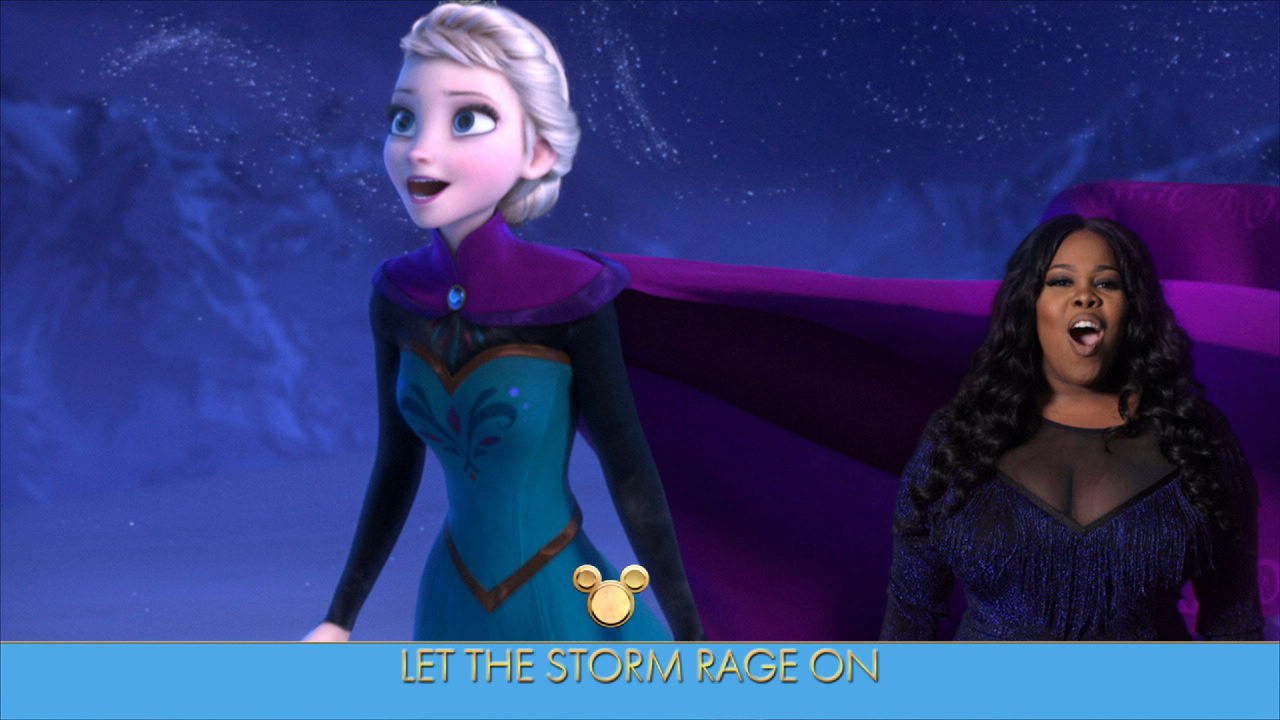 If anything and everything Disney is the name of the game in your household, you're in luck. ABC is premiering Disney Family Singalong: Volume II at 7 p.m. ET on Sunday, May 10 — aka Mother's Day! As with the first sing-along, it'll be hosted by Ryan Seacrest and feature engaging performances of songs from beloved Disney movies and shows by celebrities and Broadway stars.

According to Entertainment Weekly, the evening's lineup will include an eclectic mix. Little Mermaid fans won't want to miss Idina Menzel and Ben Platt singing "A Whole New World," Halsey belting out an indie rendition of "Part of Your World," or Rebel Wilson's version of "Poor Unfortunate Souls." If The Lion King is more your speed, tune in for Billy Eichner and Seth Rogen performing "Hakuna Matata" featuring Donald Glover. Pixar-lovers can enjoy Miguel singing "Remember Me" from Coco, and Shakira will sing "Try Everything" from Zootopia. For a tribute to the Disney classic Mary Poppins, Julianne Hough, Derek Hough, and Hayley Erbert will perform a "Supercalifragilisticexpialidocious" and "Step in Time" medley.

Related:
11 Photos of Kids' Self-Isolation Haircuts That Went About as Well as You'd Expect Them To

Keep in mind that your family can stream the first sing-along performance on Disney+ now — so you can make sure the kiddos practice their favorite tunes before Mother's Day!