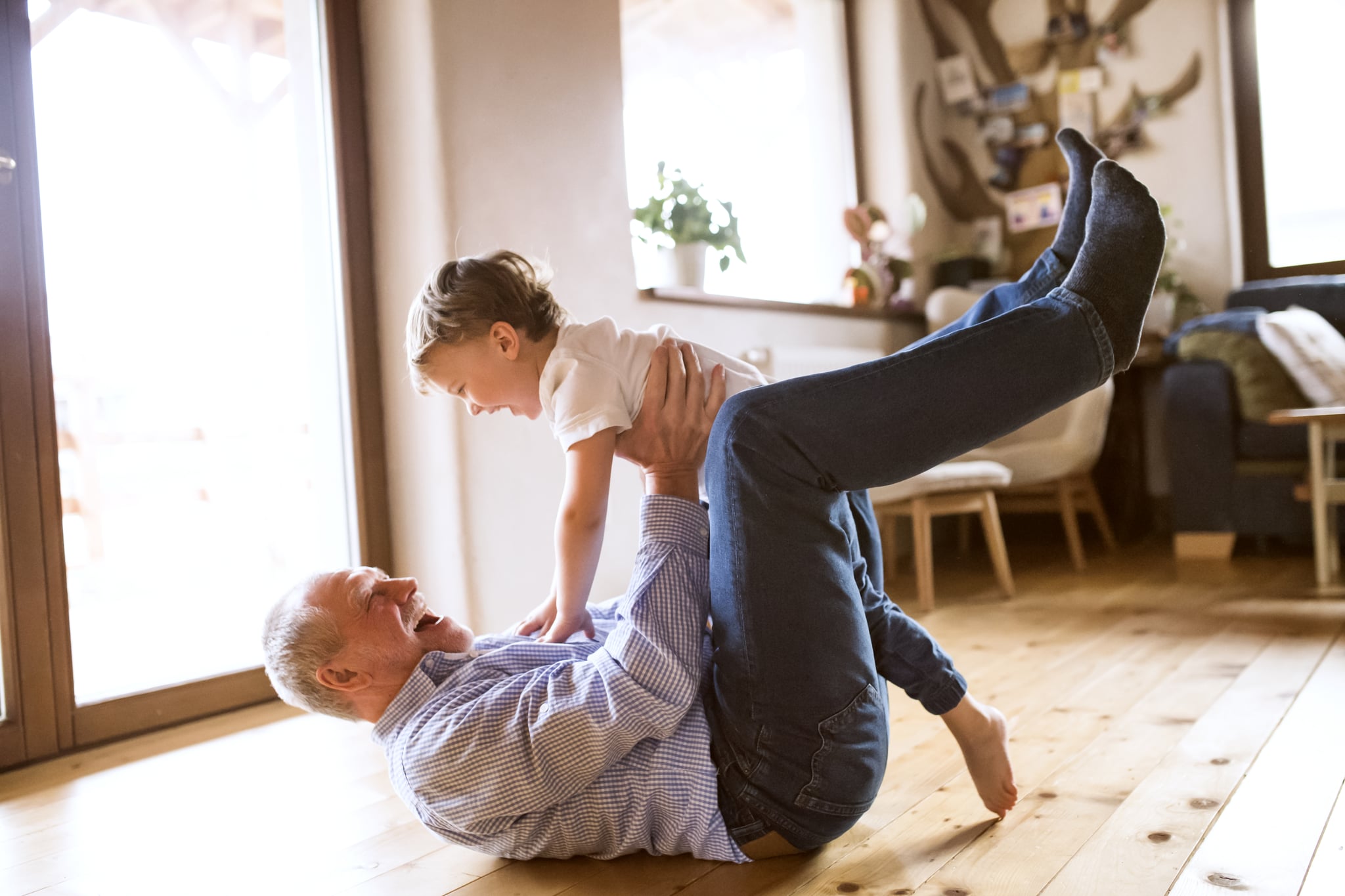 My dad was 46 years old when my twin brother and I were born. Now, I know that growing up with an older dad had its perks and drawbacks, but I didn't really understand how truly great he was until I also grew older and wiser. Because my own father endured so much before I was even born, he was the best father I ever could have asked for. If only I knew that when I was a kid.

New friends would think my dad was actually my grandfather. Nothing was worse than that for a tween.

When I was a middle schooler, I was especially embarrassed of my dad. After a basketball or soccer game, new friends would think my dad was actually my grandfather. Nothing was worse than that for a tween. At that age, "old" just meant nerdy and uncool, so when he picked me up from a friend's house or a football game, I lectured him on staying in the car so no one would see him. Now, I know that this was normal middle-school nonsense, but back then, the age of my father made my stomach turn.

In my teenage years, I slowly began to see my dad for the badass he was. I appreciated his resilience, growing up as a first-generation immigrant and putting himself through law school. I also slowly learned to listen to his wisdom.

You see, I was an awful teenager. Sure, my grades were decent, but I lied all the time and needed to go to all of the parties. I got busted a lot, but instead of yelling at me, my dad usually sat me down, listened . . . and then grounded me, of course. In college, there was a semester I screwed up pretty bad. I managed to put myself both on academic and social probation. I'll never forget the moment he found out during our holiday break.

He called me into the family room and my stomach dropped. We sat on the couch together. I was petrified. I had disappointed my father. But as I sat next to him, I quickly realized how calm he was — because he understood. It took him five different colleges himself to finally succeed and graduate. Instead of yelling, he looked at me and said, "Angela, it's going to be okay. You're going to get through this, but you're going to have to start working." That was it. No giant lecture or screaming. No making me feel like a failure or like I was some kind of embarrassment to the family. After that, I finally did get it together. I graduated on time and now have two graduate degrees.

I wonder how different things would have been if he would have made me feel awful about my poor performance. I can finally see that the biggest perk about having an older dad is that he endured vast life experiences before becoming a father. He understood. My dad knew that I'd get myself out of that hole. He knew that I'd have to learn from my own mistakes and failures. He didn't try to fix all of my problems growing up because he knew I'd have to do that for myself.

The biggest perk about having an older dad is that he endured vast life experiences before becoming a father.

Today, as a mother and woman in her own midlife, I still go to my dad for advice. I've asked him about buying homes, raising kids, career decisions, and more. And just like when I was a kid, he doesn't just give me advice. He lets me talk and listens. He asks the tough questions, but ultimately, he urges me to decide what's best for me all on my own.

My father is now 84. He really is that "old" person I used to once think he was when I was in middle school and he was in his fifties. Only now, I couldn't be prouder to be his daughter. I cherish the time we still have together. I love listening to his voice get excited when he gets to see my kids or chat with them on the phone. Being their grandfather is his greatest accomplishment, and being able to do that for him is the greatest gift I've had myself. I know that my kids will have memories of their grandfather they will cherish, even if he is now "old," and there's nothing sweeter than that.