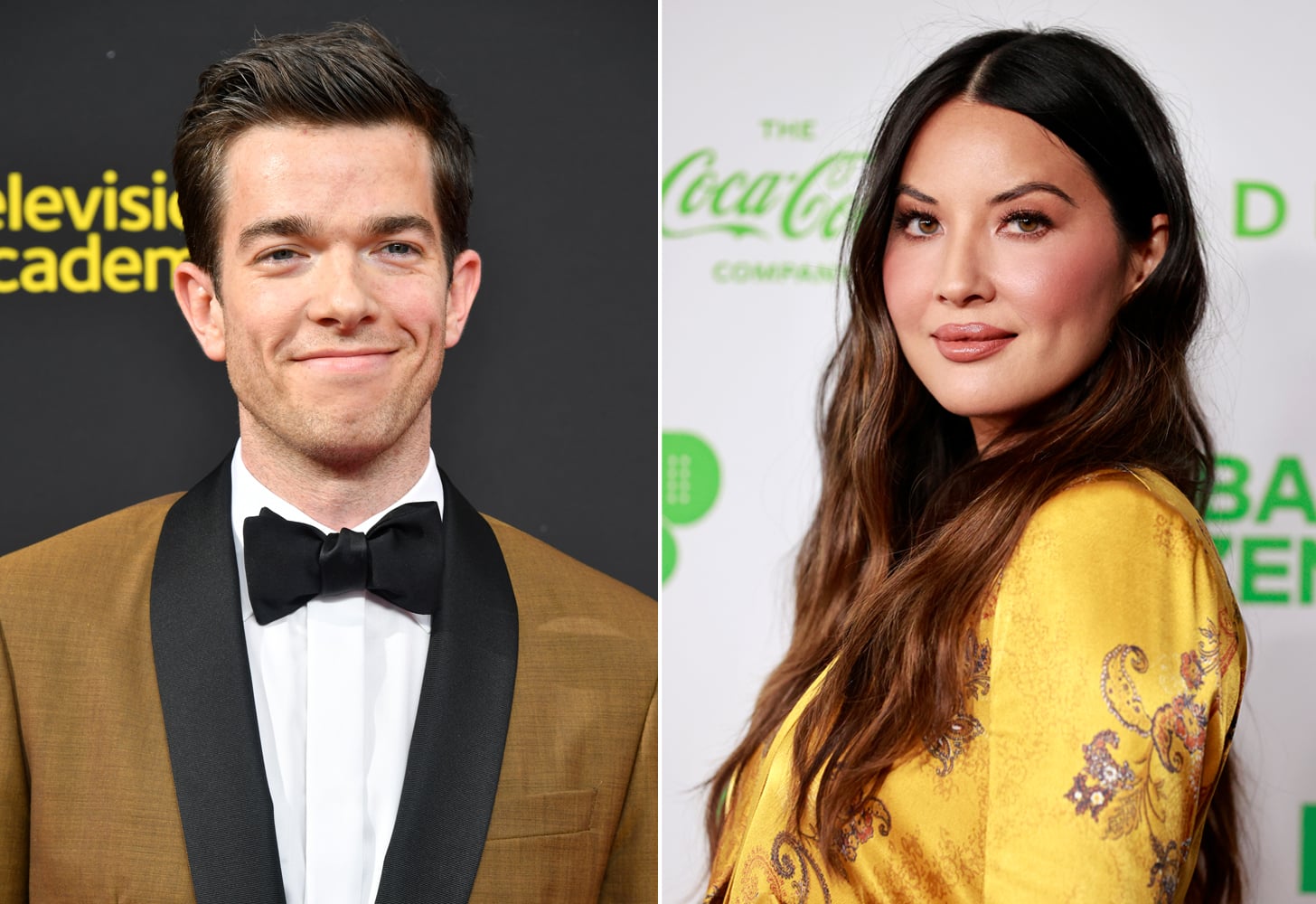 It's been a year for John Mulaney. Following a "challenging" time that included divorce and substance use recovery, the comedian happily shared the news that he is expecting his first child with actress Olivia Munn, who he began dating earlier this year. "I'm going to be a dad," John revealed in a Late Night with Seth Meyers interview on Sept. 8. "We're both really, really happy."

John candidly detailed the hardships that preceded this good news. "I went to rehab in September, I got out in October, I move out of my home from my ex-wife, I host Saturday Night Live on Halloween, I relapse on drugs after the show — not directly after," he told the late-night host, who is also his close friend. In fact, John said the first time he ever met Olivia was at Seth's wedding to Alexi Ashe in 2013. "It's nice something good came out of your wedding," John joked.

"It is a very, very lucky thing to have met this woman."

But after seeking treatment again in Dec. 2020 and over a month in a sober living home, things turned around. "Then in the spring, I went to Los Angeles, and met and started to date a wonderful woman named Olivia," John said. "She got to date me right out of recovery, which is what they call a reverse catch . . . It is a very, very lucky thing to have met this woman." He added, "She's kind of held my hand through that hell, and we are having a baby together."

This will be the first child for John, who is 39, and Olivia, who is 41. John was previously married to Anna Marie Tendler for nearly seven years. John first confirmed their separation in May 2021 and filed for divorce in July. Olivia previously dated Aaron Rodgers for three years until their breakup in 2017, and her last relationship before John appears to have been with Philadelphia Fusion president Tucker Roberts, who she dated in 2018.