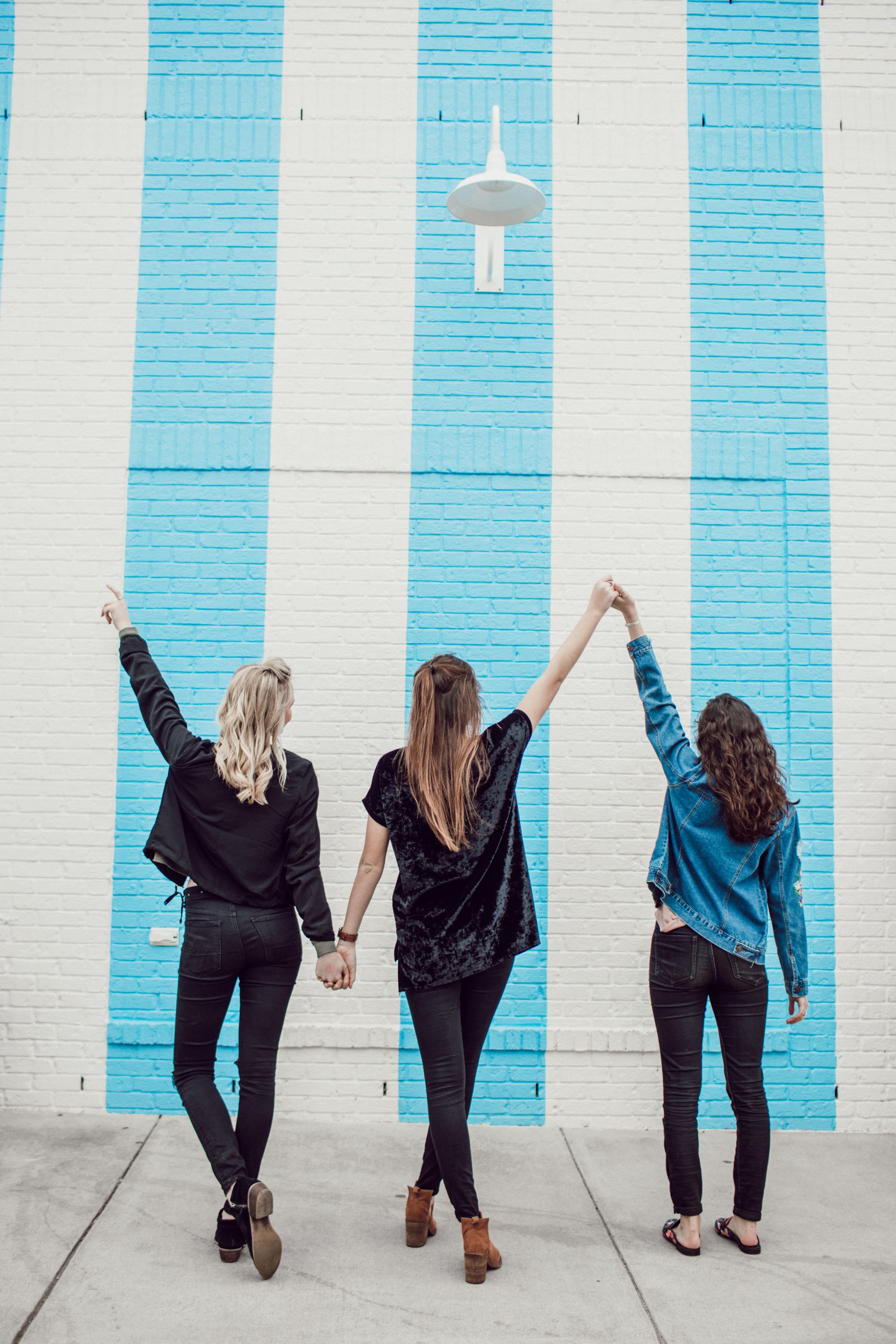 I've never been particularly good at making friends. In elementary school, I preferred very small groups, opting to hang out with no more than two people at a time. I floundered through middle school, never quite meeting my tribe, and very much feeling as though I was always on the outside looking in. The trend of only wanting a small group of core friends continued throughout my 20s. I would've liked it to be different sometimes, but the same anxiety and fear about meeting new people was always present. And when I became pregnant, not knowing another soul who had a baby, or someone else who was pregnant, was terrifying for me.

I had expected being a mom to be hard and lonely (I was right, it was). I knew I was going to have to make a monumental effort to get out there and make mom friends if I didn't want to be confined to a friendless life for me and my baby. When I was about four months into my pregnancy, somebody I knew introduced me to a friend of hers who was pregnant, and my relief was enormous. However, the relief was short-lived, and I quickly learned that just because you happen to be in the midst of a life-changing event at the exact same time as another human does not mean that you will be friends.

I was back to square one. My prenatal course classmates were very pleasant and very supportive. I was one of the first to have my baby and enjoyed receiving the texts every time somebody else gave birth. We loved the discussions about everything that you really should be told in antenatal class that just wasn't on the agenda. Trips to the baby cinema and rating the coffee at every soft play we set foot in were great bonding experiences. I also forced myself to go to the antenatal classes offered by the NHS. My husband — not interested in making friends himself — stretched to attending the basic classes (because we were paying) but not to anything else. I was the only mom at these without a partner, and the anxiety made me nauseous. But I made one incredible friend, who is now godmother to my second child. I was back to what I knew and felt comfortable with: hanging out with no more than two others at a time.

Instead of feeling like I was on the outside looking in, I finally felt like I belonged somewhere within a bigger group.

Then my first child started school. That's when the mom friend magic happened, and I finally met a group of ladies on the same wavelength as me. I was dreading the start of school because of all of the awful things I'd heard about PTA moms and moms being bullied at the school gates. For the first time in my life, I felt like I had been thrown a friend-related lifeline. Yes, again I had been grouped together with a bunch of people purely because of the sequence of coincidences that meant we had children during the same school year and because we lived in the same area. However, this time it was different. This time I had found my people.

We're all from different backgrounds, but we clicked instantly. Instead of feeling like I was on the outside looking in, I finally felt like I belonged somewhere within a bigger group. We have the best evenings of wine-fueled fun and are always desperately looking forward to the next one. We pretend that we don't want to go to the PTA-organized school disco (well, they can be a bit of a nuisance, to be honest), but are secretly excited to spend time together when we are there. We have supported each other through some of the worst times of our adult lives, and I've never had such a support group where one message asking for help instantly starts a rallying cry that ends at my door.

It's taken my lifetime so far to be truly happy and to leave behind the anxieties that I was unworthy of true friends and wonderful friendships. What these ladies have done for my self-esteem is more than I could ever tell them — or have yet attempted to explain to them. True mom friends really can be hard to find, but when you do find them, they will be for life — and not just when your children are very little. The shared bond of experiences that come through just happening to become pregnant at the same time will either bring you together in a spectacular way, or it will fizzle, as is the case of most early pregnancy and baby friendships. But now that I have my people, we all know that these friendships aren't going anywhere, and I am grateful every day to have them in my life.