Pete Davidson has had a lot of famous costars over the course of his career — Marisa Tomei, Amy Schumer, Steve Buscemi — not to mention the hosts he's worked with on Saturday Night Live. Among all of those stars, however, one shines especially bright: his grandpa, Stephen "Poppy" Davidson, who made his Hollywood debut in The King of Staten Island earlier this year. Pete and his grandpa are once again sharing the screen in partnership with Amazon's Echo Show.

Like many families this holiday season, Pete and Poppy are separated due to the COVID-19 pandemic. Their video with Amazon shows how they can stay connected, whether that's through the device's "drop-in" feature or reminiscing over Poppy's impressive collection of home movies. We had a chance to chat with Pete and Poppy to get their advice on handling the holidays virtually, their own traditions, and the New Year's resolutions they're making for 2021.

Related:
These SNL Skits Are Proof Timothée Chalamet and Pete Davidson Need Their Own Show

POPSUGAR: How are you navigating your family's holiday traditions with the COVID-19 pandemic?

Poppy: More quietly, that's for sure. We don't have the same attendance, but we still are together. Especially now, for a person like myself, the Echo Show keeps me in touch with Peter all the time. I may "drop in" too much, but it has been a godsend for me.

Pete: I know Poppy doesn't take any offense to this — [the Echo Show] is really easy to set up. Poppy can do it. He loves it and uses it and drops in on me at the house. We're going to have him drop in on Christmas and have him at the table. This is how we have to do things at this point in time and I just think it's just a great thing that we're able to have. We get to spend more time together, because we haven't been able to see each other as much unless I'm behind the door and he's in the car. This has been a really great and helpful for us to reconnect more.

POPSUGAR: You talked a little bit about setting up the device and using it to stay connected. Pete, did you help your Poppy set up his device? How do you navigate the tech barriers as a millennial helping your grandpa out?

Pete: He actually didn't need much help other than the WiFi situation. He and my grandma pretty much did it all themselves. He's pretty tech savvy. He likes to say he's not, but he's on Instagram, he's on Twitter. I don't have either of those, but he calls me and he knows how things work. He'll be like 'The Pete Archive says that you're in Boca today.' And I'm like, no, yeah. So, he is way more tech savvy than he gives himself credit for. He's a little tech nerd, my grandpa. 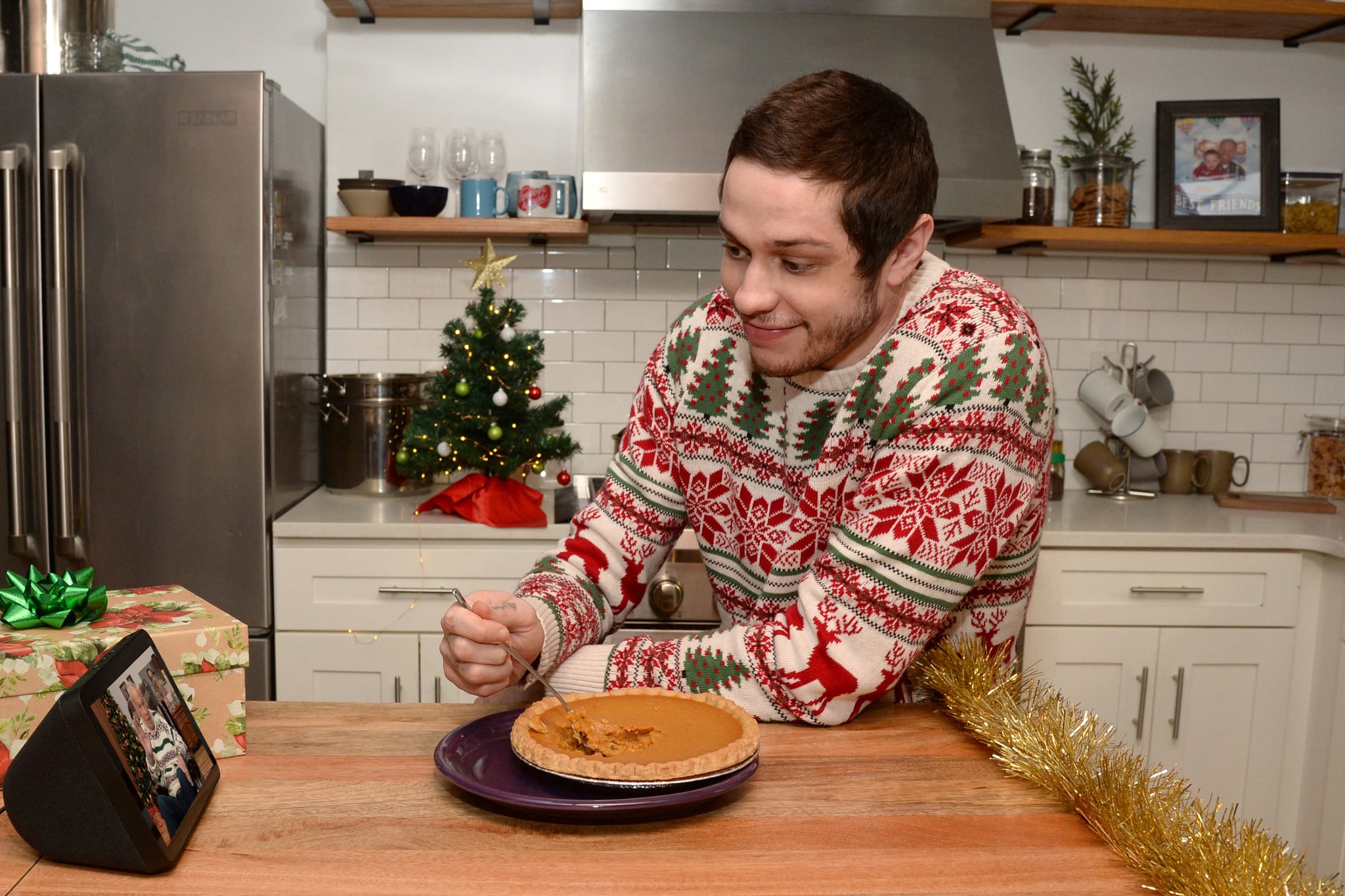 POPSUGAR: I read in a Judd Apatow interview that Poppy, you used to work at a movie theater, is that correct?

Poppy: That's correct. I grew up around movies. My father was a manager for many, many years where we lived in Brooklyn, New York. Obviously in the neighborhood, I went to the movies an awful lot, and I loved it from day one. Over the years, when my brother was still alive, he did in the nostalgic show. I was always surrounded by old movies, I loved that. Even when Peter was a baby, we used to babysit, we'd make movies. Everything was geared around movies.

Pete: He has a film called "Clips of Peter" at his house. So, if you're ever free and want to watch, we have two hours of me riding around.

Poppy: I'll just put it this way. I have over 6,000 movies that I did. God knows what I have of Peter and all his cousins. Everything, that's a lot of movies and I love to film them.

POPSUGAR: Do you have a favorite holiday movie or one that's significant to your family?

Poppy: The one that's significant to the family and I think we will agree on is one, It's a Wonderful Life With Jimmy Stewart. You know, probably nine out of 10 people will tell you the same thing. But in our family it's true, because Peter's father, that was his favorite movie. We have posters in the house from the movie that pertain to that issue with my son, and that's number one. But there's a bunch of them. I love Holiday Inn. I like the old ones, I like the musicals.

Pete: March of the Wooden Soldiers is a great one.

Poppy: I enjoyed it. When I started with old and that's 80, it's a film but it's a gem. It's a real gem, but I love that stuff. But there's been plenty of holiday movies that are really good. They usually pop up right now, like Miracle on 34th Street, that's always been a gem. Even if you're young, you can still like that type of movie."

POPSUGAR: I know Pete did the It's a Wonderful Life table read. That goes hand in hand with your favorite family holiday movie —

Related:
People Have a Lot of Feelings About Pete Davidson Removing All of His Tattoos

POPSUGAR: Amazon is donating $1 million worth of devices to organizations supporting first responders, including Answer the Call, which I know your family has personal connections to. Pete, can you give some background into how Answer the Call supported your family and why Amazon's donation is significant?

Pete: First of all, shout out to our frontline workers and first responders who have been our heroes. Before the pandemic, they've been and now they're our superheroes. It's amazing what they've been doing. I could never repay those people, but the Answer the Call is an organization that helped out my family a great deal when my Pop passed away. We wouldn't have been able to do certain things or have certain things if they didn't step in and help my mom, my sister, and I.

They're just a great organization. And to be able to give back, the fact that Amazon is donating to them really means the world to me, because this is an organization that's just been so involved in my life, especially my upbringing and adolescence. It means the world to me and Poppy and my mom and family and that they're doing this. We're really grateful.

POPSUGAR: Pete, what's the best piece of advice you've gotten from your Poppy?

"The best advice that I ever got from Poppy was always keep the family name proud. So when people hear our name it's with good thoughts."

Pete: For me, the best advice besides "It's bupkis" — that's what he would say, which is whenever something isn't good or it wasn't going well, he'd be like "That's bupkis." But the best advice that I ever got from Poppy was always keep the family name proud. So when people hear our name it's with good thoughts. I always thought that was such a weird thing to tell a 3-year-old, but it stuck with me. And I have big shoes to fill with my dad, so I just thought that was really great advice. Keep the family name good.

POPSUGAR: 2020 has obviously been a chaotic year. As we're moving into 2021, are you making New Year's resolutions? Are you leaving those in the past?

Poppy: Well for myself, I have the same for everybody. I wish everybody to have good health, have a happy New Year and just hang in there and this too shall pass. It usually does. I couldn't think of anything better to say. Health and happiness is one and two.

Pete: I think those are two pretty great things to say. Better than what I was going to say. I agree to that, to the health and happiness, but as far as a personal New Year's resolution, I'm going to drink more water this year. I'd been malnourished for a really long time. I think I'm about to get that water in me this year. 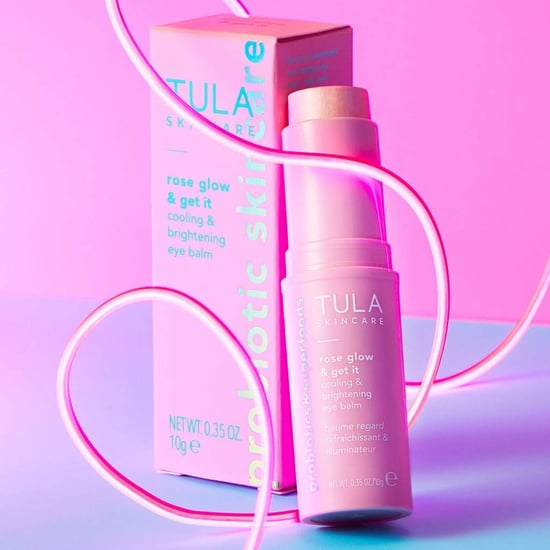 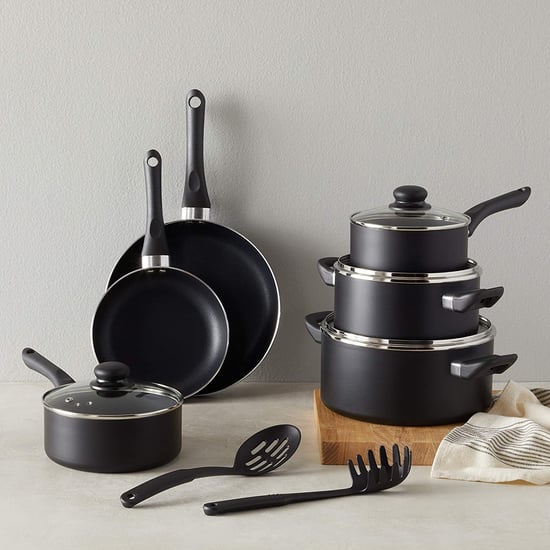