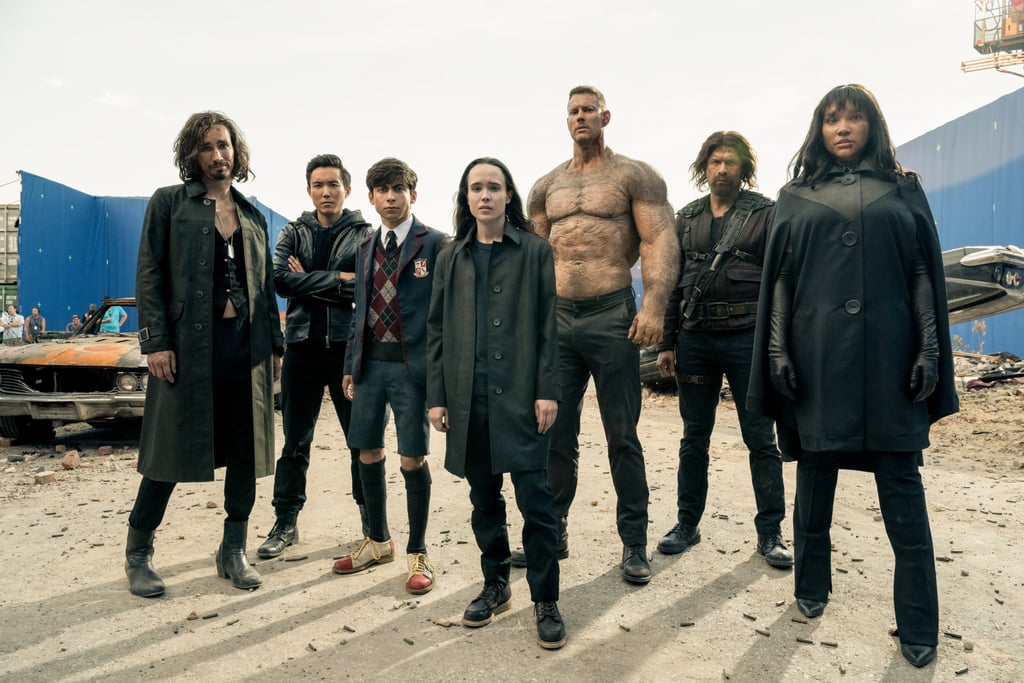 You get a look at how psychiatric facilities were run in the 1960s.

If superheroes are your jam, then the second season of Netflix's The Umbrella Academy is a must-watch. Centered on six siblings who are meant to save the world from an impending nuclear apocalypse with their various powers, the dark comedy is chock-full of action and top-notch performances from actors like Ellen Page, Tom Hopper, and Kate Walsh.

Based on the comic series by the same name — written by My Chemical Romance frontman Gerard Way and Gabriel Bá — fans can't get enough of the highly dysfunctional Hargreeves family. While we're always eager to share our passions with our kids and we're no strangers to skirting a PG-13 rating every now and then, there are plenty of reasons Common Sense Media recommends The Umbrella Academy for kids ages 15 and up.

Ahead, get a look at some of the show's mature elements before queuing it up for the younger set.