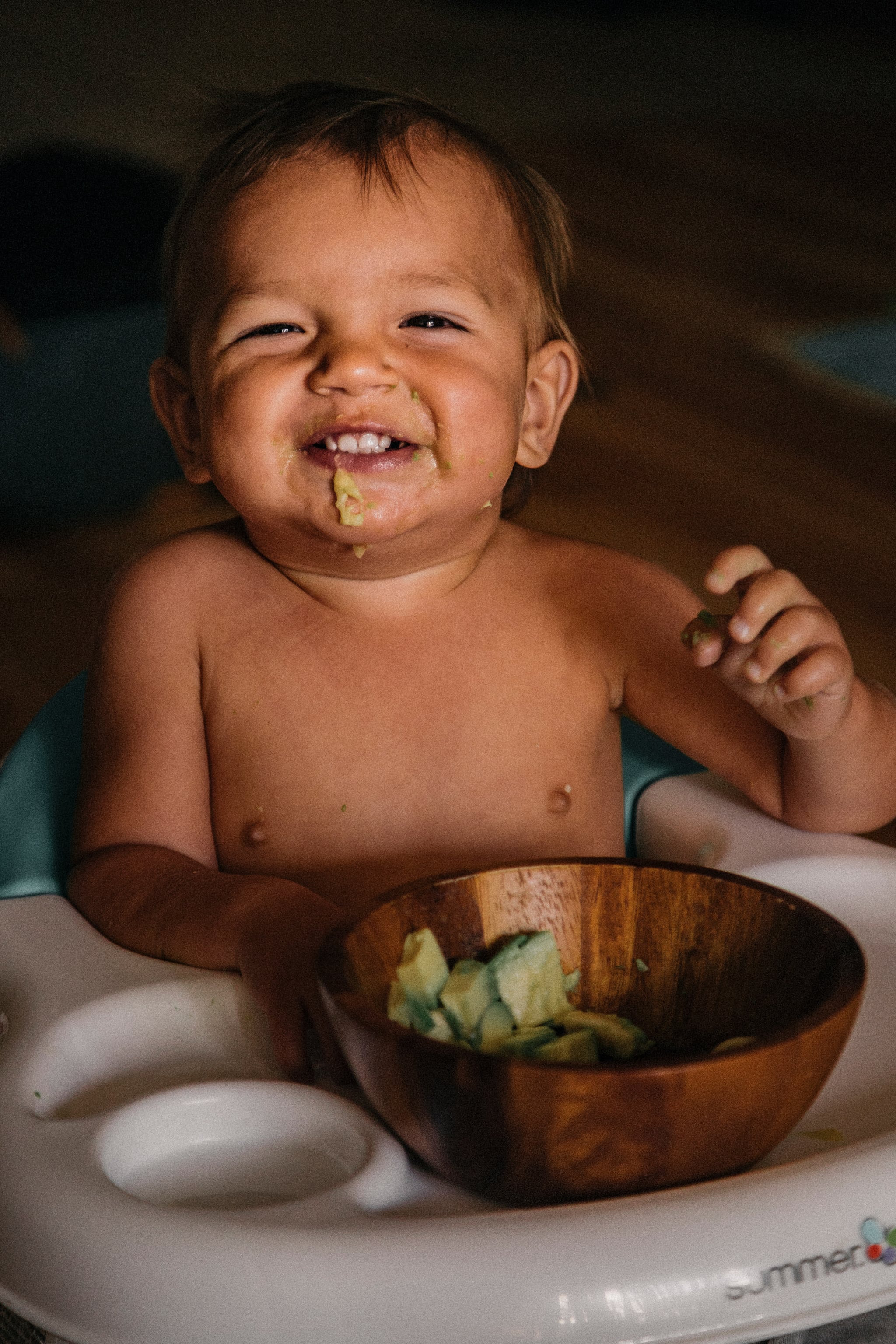 Often, when parents are ready to introduce foods beyond formula or breast milk to their babies, they buy jars of baby food or spend hours pureeing fruits and vegetables. But that's not the only way to go. A lesser-known method called baby-led weaning (BLW), is all about giving babies actual bits of food in their original form. Instead of carrot puree, it's a slice of avocado. Rather than mashing up a sweet potato, offer cooked apple slices or a piece of ripe peach. According to Dr. Rachel B. Prete, a pediatrician at the Arnold Palmer Hospital For Children in Orlando, little ones can reap some benefits by engaging in this practice.

If the word 'weaning' seems off-putting to you at first, you're not alone. "The term 'weaning' is a little misleading," explained Dr. Prete. "In the US, we consider the word 'weaning' to mean backing off of formula or breast milk. The term originated in the United Kingdom and Australia and refers to the introduction of complementary foods — or table food adults would eat — rather than baby food purees."

What Is the Baby-Led Weaning Method?

In a nutshell, the baby-led weaning method was created in 2005 by Gill Rapley and encourages babies 6 months and older to eat bits of solid foods at their own pace, rather than being spoon-fed purees. While certainly a messy process, BLW is meant to have little ones engage and interact with their food, rather than being a passive participant. This typically means that babies eat with the family, rather than on their own.

What Should Parents Consider Before Starting Baby-Led Weaning?

Parents with babies 6 months and older can consider baby-led weaning once their children have basic control over their gross-motor skills. "Infants should be able to sit unsupported, have good head control, and are able to grasp objects and bring them to their mouths," explained Dr. Prete. "So this wouldn't be your 4-month-old who you want to introduce solids to but still have to prop up. That would be a little bit early."

Related:
18 Playful Mealtime Tools These Nutritionists Use to Get Their Kids to Eat Better

What Are the Best Foods For Infants Who Are Baby-Led Weaning?

Regardless of what method you use to feed your child, supervision is always key. Additionally, parents need to be familiar with the proper foods infants should try — and avoid — in order to be successful. According to Dr. Prete, you still need to be cautious of the foods that doctors tell you to stay away from, like whole nuts and things that are cut into coin shapes, such as hot dogs. "Make sure you're not using pieces of hard fruits or raw vegetables, too," she said. "The foods have to be basically things that a child can gum, mash, and easily be able to chew."

So what are some things your baby should eat when they first begin baby-led weaning? Here are some of the best options:

As infants become more comfortable, foods like pasta and grains can be introduced around the 9-month mark. During this second stage of weaning, parents can also consider giving their littles ones things like nut butter, eggs, lentils, and tofu.

What Are the Advantages of Baby-Led Weaning?

Although baby-led weaning usually saves parents time and money, there are other lifelong benefits to BLW. "One of the biggest benefits of baby-led weaning is that it's thought to promote good eating behavior," shared Dr. Prete. "Compared to a parent opening a jar and spoon-feeding a baby until the jar is empty, the idea is that you place food and small pieces on the baby's tray and allow them to basically feed themselves. Eventually, your baby will be at the table with you, feeding themselves with smaller pieces of your meal."

"BLW has several long-term benefits, like creating good eating behaviors and teaching kids to stop when they're full versus finishing a full jar of food. They're learning not to eat if they're not hungry." A 2018 study published by the Italian Society of Pediatrics looked at children who were 18- to 24-months-old and found that babies who did the baby-led weaning feeding plan were better able to recognize fullness, and they wouldn't just eat because there was a snack in front of them. Additionally, giving little ones autonomy over feeding themselves helps them hone their fine-motor skills and learn about different textures and shapes of food.

Related:
I Tried to Put My Kids on a Strict Snack Schedule For a Month, and Here's What I Learned

Why Isn't Baby-Led Weaning More Common in the US?

Although parents who live outside of the US are usually more familiar with BLW, the trend is slowly picking up more speed in the states.

"It's only become common in the US in the past few years," said Dr. Prete. "I think initially some pediatricians were very hesitant to recommend it due to a concern over choking hazards." There have been several studies that have shown no difference with choking between BLW and spoon-feeding purees, and the American Academy of Pediatrics (AAP) confirmed there was no difference in choking risks.

Before starting your child on the path of baby-led weaning, be sure to consult your pediatrician.

Babies
If Your Baby Wakes Up Crying Hysterically, You're Not Alone — Here's What May Be Going On
by Sydni Ellis 17 hours ago

by Irene San Segundo 15 hours ago